Australia needs a national food stockpile to protect from starvation in case the global food supply chain is disrupted by a large volcanic eruption, experts have said.

An earlier eruption in 1257 at the Samalas volcano next to Mount Rinjani on the holiday island of Lombok is likely to have caused the Little Ice Age according to a research paper published in scientific journal Geosphere.

As a result of the catastrophe crops died across Europe, causing famine and mass starvation, according to the report Anticipating future Volcanic Explosivity Index (VEI) 7 eruptions and their chilling impacts.

Archaeologists think mass graves with more than 10,000 skeletons found at Spitalfields in London date to the following year.

The research paper said the increase of world population from about 400 million  when Rinjani erupted to more than 7 billion would make the effects of a large volcanic eruption today way more devastating. 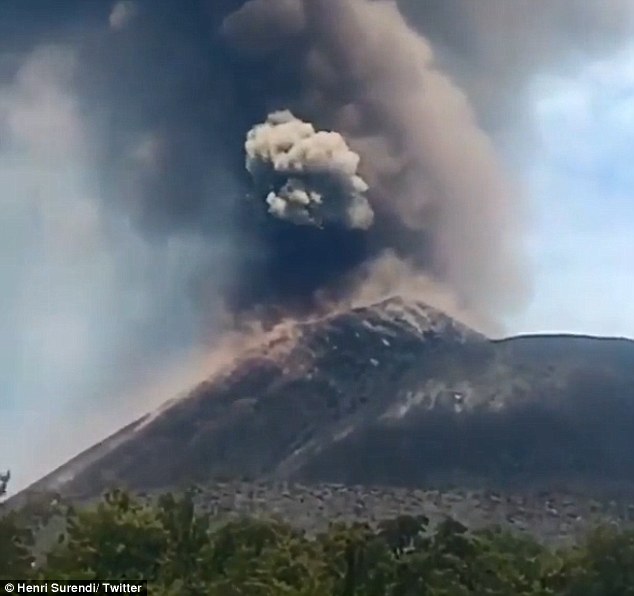 ‘If we get an eruption of say 6 to 7 [on the Volcanic Explosivity Index], there is nothing we do to stop the global effects,’ he said.

‘But we can prepare for these kind of events with stores of cereals.’

While the global supply chain means crop producing areas can feed those where crops fail, the chain itself can be vulnerable to disruption, the research report said.

There has been increased activity around the Pacific Ring of Fire reported this year with eruptions in Vanuatu, Papua New Guinea and Hawaii plus a surprising volcanic field under Melbourne.

Indonesia had an eruption this year at Mount Agung, with another active volcano Anak Krakatau erupting more than 50 times over the weekend according to the Meteorology, Climatology and Geophysics Agency. 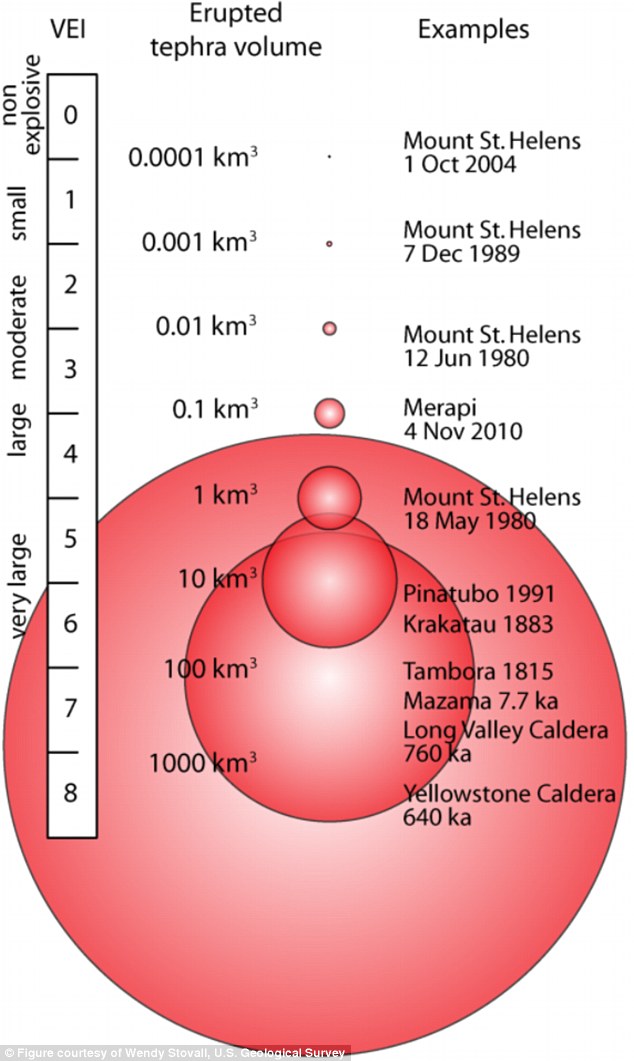 The Volcanic Explosivity Index (VEI). A VEI level 7 eruption would cause the climate to cool