Vice President Mike Pence said the passage of the tax reform bill was a ‘middle class miracle’ and that he and President Donald Trump are ‘just getting started.’

In an interview with Fox News’ Laura Ingraham, which was aired Wednesday during ‘The Ingraham Angle,’ Pence said that it was ‘humbling’ to have played a part in ushering the tax reform bill through Congress.

‘To be here for the largest tax cut in the history of the country — the kind of tax reform we haven’t seen for 31 years — and at the same time to repeal the individual mandate in Obamacare and open up ANWR to environmentally responsible drilling is just humbling for me to be a part of,’ Pence said in the interview.

Vice President Mike Pence sat down with Fox News’ Laura Ingraham to talk about the passing of the tax reform bill, which is being touted as the first largest tax cut in 30 years

The tax reform bill had also included apparently unexpected legislation that would allow oil drilling and other forms of energy development in Alaska’s Arctic National Wildlife Refuge, lifting a development ban that had been in place for the past 40 years.

Pence said that the and others felt ‘very grateful for the president’s strong leadership’ in the period leading up to the bill’s passing. He said that the ‘middle class miracle…was an idea whose time had come.’

Pence admitted he was surprised that the tax reform bill received zero support from congressional Democrats, especially after Trump had taken pains to host Democrats at meals and meetings at the White House.

Pence also revealed that Trump ‘would have been happy’ to have seen the removal of a provision allowing for a carried interest hedge fund loophole from the tax reform bill, but it stayed in the final bill.

During the interview, Ingraham pressed Pence on what the Trump administration would need to do to convince the majority of Americans that the unpopular tax reform bill will help line their pockets, not empty them. 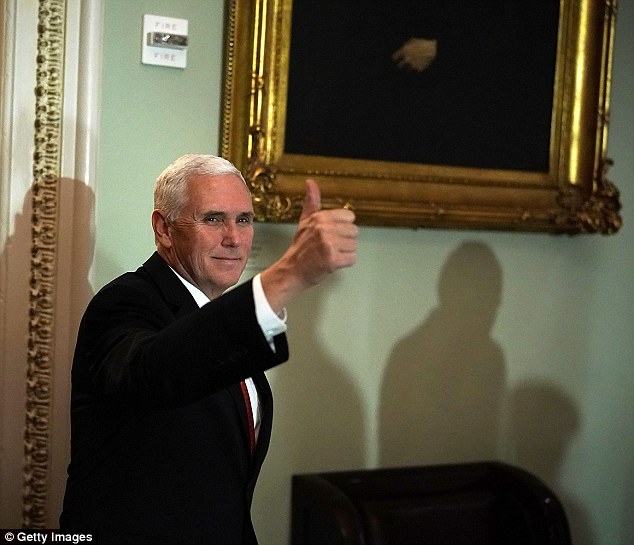 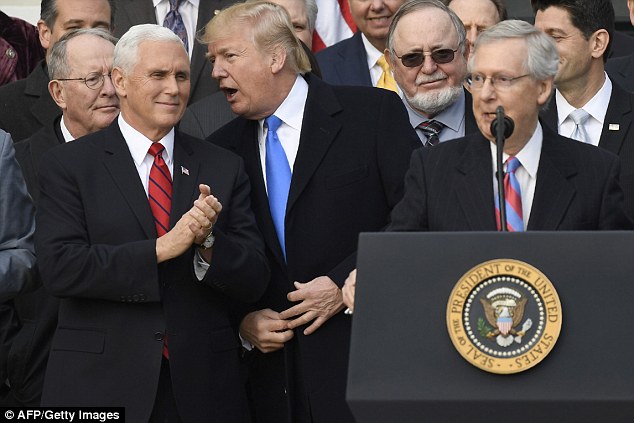 Pence (with President Donald Trump and Sen. Mitch McConnell on Wednesday) said that Americans can expect to see himself, Trump and others canvassing the country in 2018

Pence said that, ‘When the American people start to see more in their paychecks in February, they’re going to start to realize that the president’s vision…is going to sell itself.’

Regarding rumors that Republican Speaker of the House Paul Ryan might be stepping down more quickly than anticipated, Pence said that he and Trump wanted him to stay put.

‘I think the result of this tax cut really speaks for itself,’ Pence said, noting that he and Trump hold Ryan ‘in the highest regard and want him to stay in the Congress and continue to lead Congress because we’re really just getting started.’

Although he seemed to be dismissive of polls showing the administration’s low approval ratings, Pence noted that, with midterm elections coming up, Americans can ‘count on the fact’ that he, Trump and member of the administration will be traveling around the country next year, tub-thumping all year long.