An escalating war between rival bikie gangs has resulted in ‘shootings, drive-by shootings and bashings’, allegedly putting the public at risk, a court has been told.

Police in Western Australia are advised to exercise ‘extreme caution’ when approaching members of Rebels and Comancheros members, who have placed ‘bash-on-sight orders’ for each other, a police prosecutor told Perth Magistrates Court on Tuesday.

Greenway allegedly threatened a Northbridge bar manager last week when he was asked to pay for a television he reportedly damaged, The West Australian reported.

He allegedly pulled out a ‘handgun-style revolver’ and threatened staff at the Galaxy Lounge karaoke bar in Perth before he and another bikie fled in a taxi, police allege.

The police prosecutor told the court that the gun allegedly used had not be found.

Greenway was arrested on Monday after he allegedly returned to the Galaxy Lounge and was involved in a brawl outside the bar.

The 28-year-old has also been charged with fighting in public following a violent brawl between Comancheros and Rebels bikies outside the Crown Casino in Perth last month.

The court was told staff were too frightened to intervene in the violent brawl, during which Greenway was punched to the ground.

Greenway begged to be freed on bail, claiming the last time he was in ‘real trouble’ was four years ago and he ‘did two years for that’. 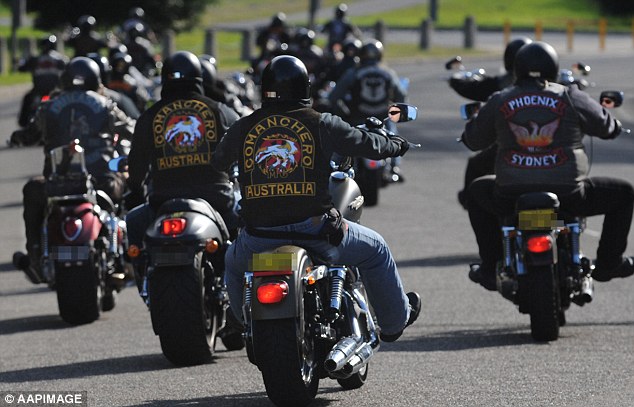 ‘I would just like to go home,’ he said.

The magistrate granted bail with strict conditions, including a night curfew, no content to outlaw motorcycle gangs, no possession of a firearm and lived with his grandmother.

Greenway remained in custody on Tuesday night after the $5000 surety was unable to be raised. 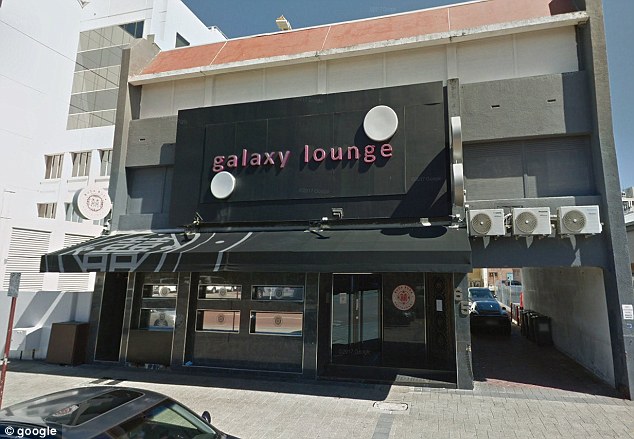