Police have found a way to stage industrial action while keeping the public very much on side by threatening to stop issuing fines for minor traffic offences and to disable speed cameras.

In a dramatic escalation of a pay dispute with the McGowen Labor government, WA police are returning to tactics they successfully employed five years ago in the last major round of enterprise bargaining.

The tactics are also very popular with the public, according to union releasing polling that showed a majority were OK with police hitting state revenues.

‘Police officers are not allowed to go on strike, but we can use our common sense and discretionary power to make our voices heard,’ Mr Kelly said.

As part of the campaign to get better pay and conditions, officers are already refusing to answer work calls or texts while off-duty.

They have also stopped doing consecutive call-outs at the end of a shift because that leaves paperwork stacked up for the next day.

The two sides still appear to be some distance apart in wage negotiations with Mr Kelly describing the state government’s first offer as ‘crap’. 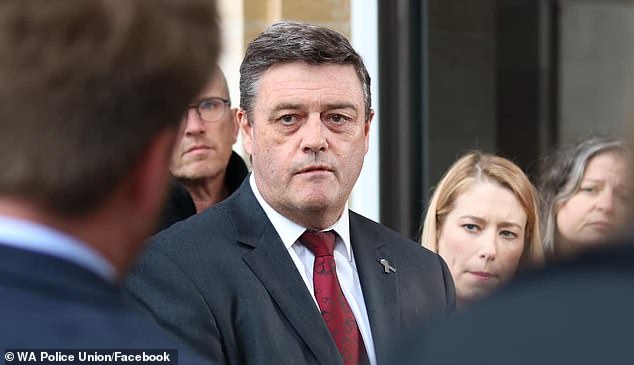 The government offered police a wage rise in line with other government employees which was a lump sum of $3120 or a three per cent increase on the base rate for two years, depending on which was higher plus a $3000 sign-on bonus.

There was also an offer of a slight increase to the flat rate offered for night shifts as well as the promise of a clause which would allow officers to ignore work calls and texts when not on duty.

WA has been struggling to maintain police numbers with more than 300 officers quitting the force last financial year, including 60 in June alone.

The WA Police Union rejected claims by Premier Mark McGowan that officers were being ‘lured’ away by high-paying mining jobs. 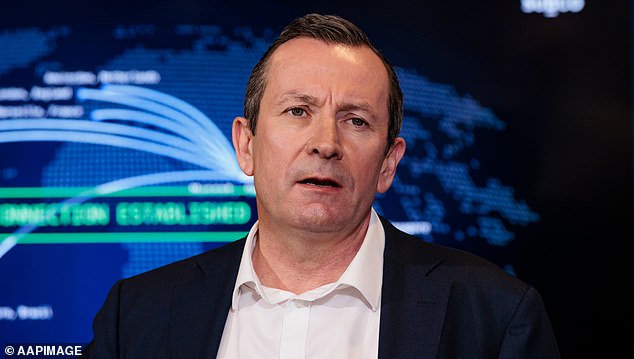 Earlier this year WA Premier Mark McGowan (pictured) claimed that police were leaving the force to take up lucrative mining work, which the union said was not true

Mr Kelly said officers were leaving in droves because of the way the force was managed and its toxic culture, citing a survey almost 80 per cent of those leaving gave those as major reasons for hanging up their badges.

Mr Kelly said staffing shortages and a lack of support and resources were ruining the mental health and family relationships of many officers.

The state was so desperate to fill the depleted police ranks that a government spokesperson told Daily Mail Australia officers might be recruited from overseas.