Argentina have won the FIFA World Cup trophy in a spectacular game of football that saw them expertly beat France 4-2.

Just as star player Lionel Messi kissed the coveted golden trophy, he also landed a smooch from his his most loyal fan, wife Antonela Roccuzzo.

The Argentine WAGS were seen taking selfies, cheering and re-uniting with their partners on the pitch to share the moment of glory.

Meanwhile, for the French side, it was an crushing defeat at the final stage of the competition that even saw President Emmanuel Macron comforting his wife Brigitte Macron.

Antonela Roccuzzo, wife of Lionel Messi – regarded as one of the greatest footballers of all time – kisses the coveted World Cup trophy as Argentina defeat France in the 2022 final 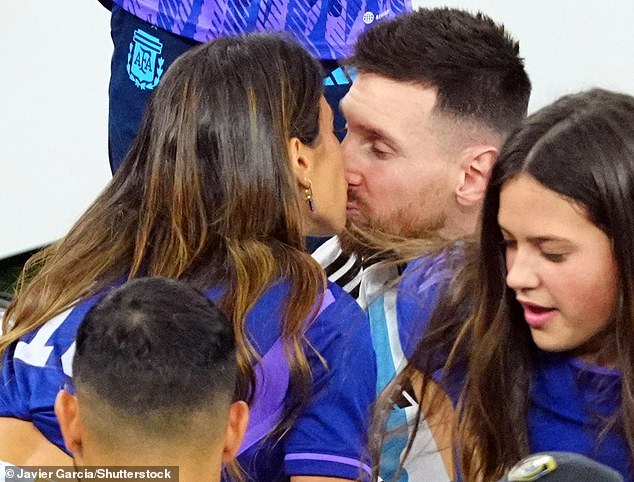 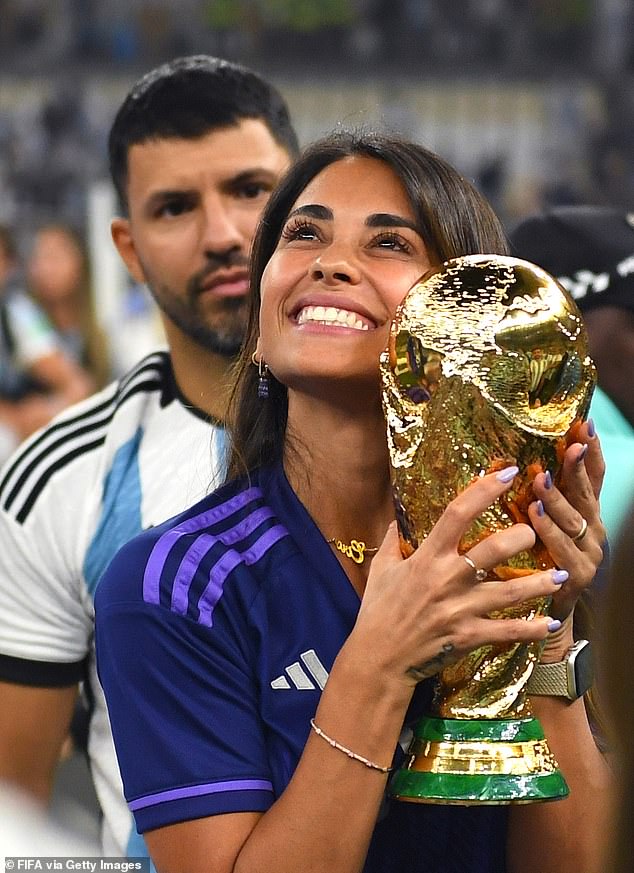 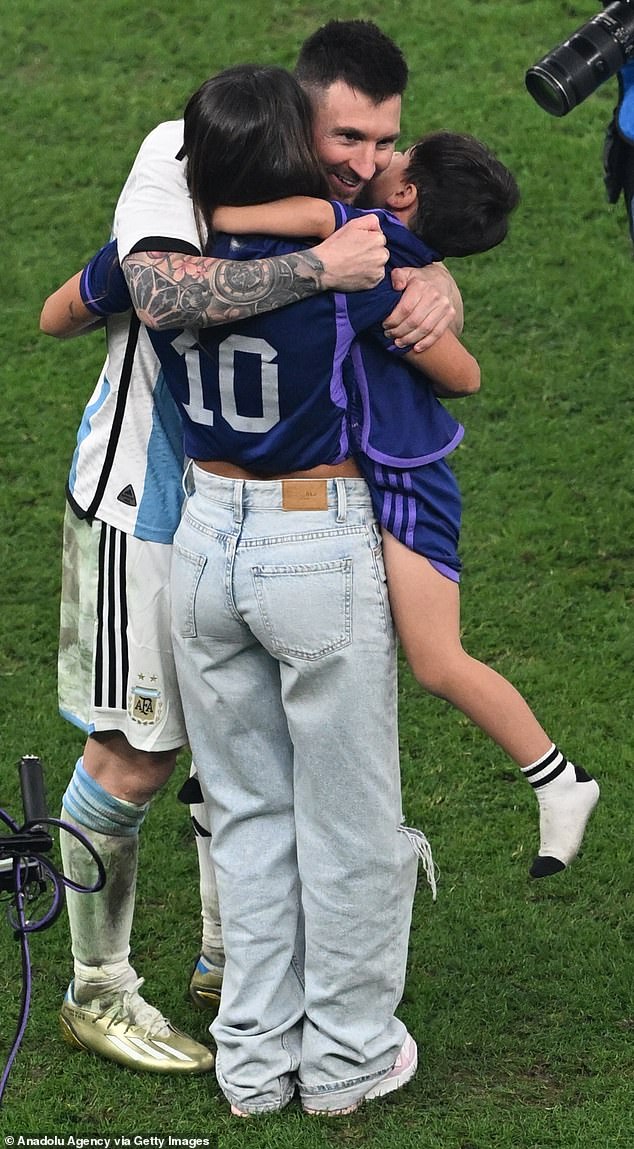 Messi celebrates his team’s victory with his family, lifting his son from the ground  and bringing him into a touching embrace with his wife 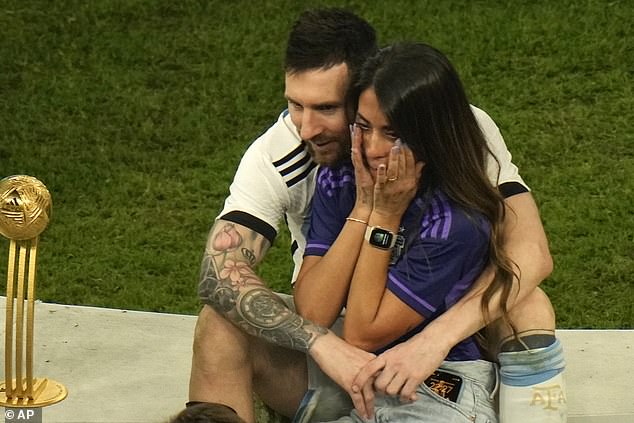 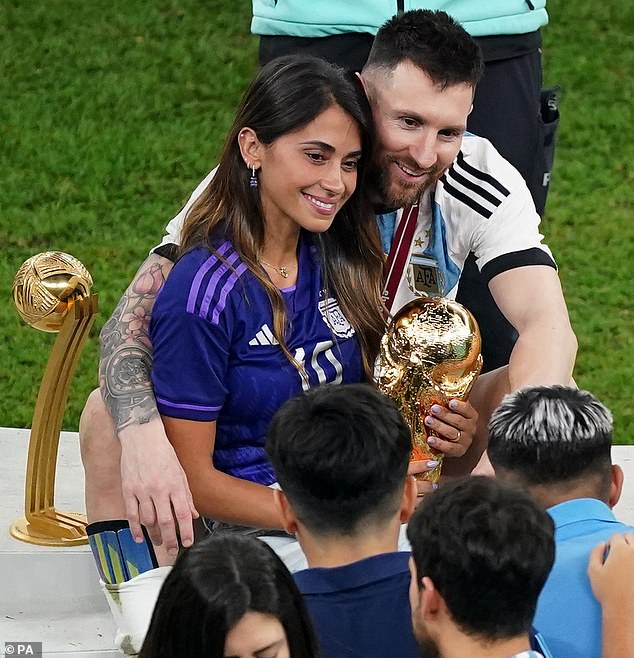 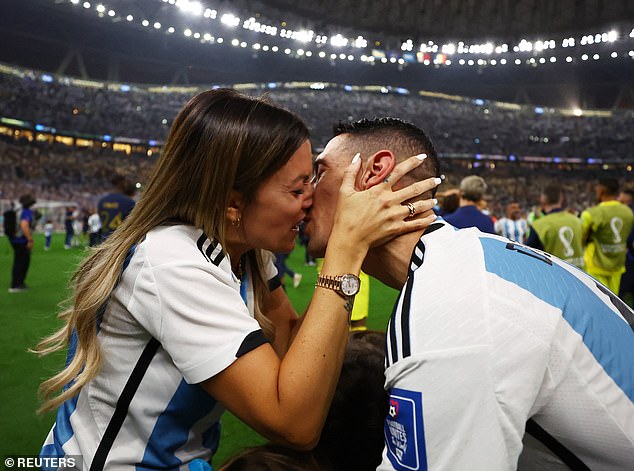 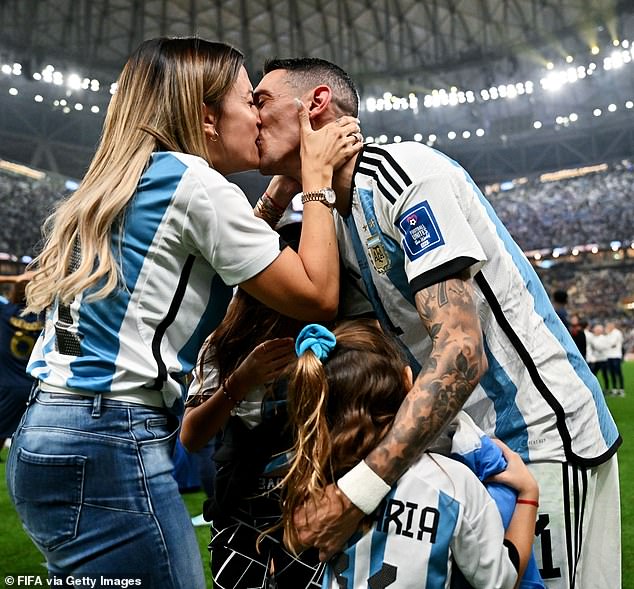 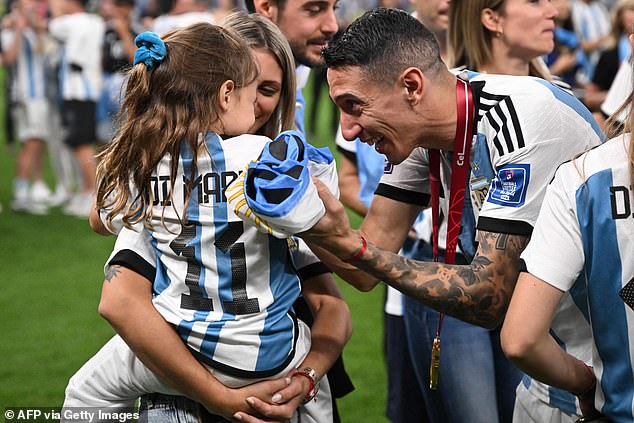 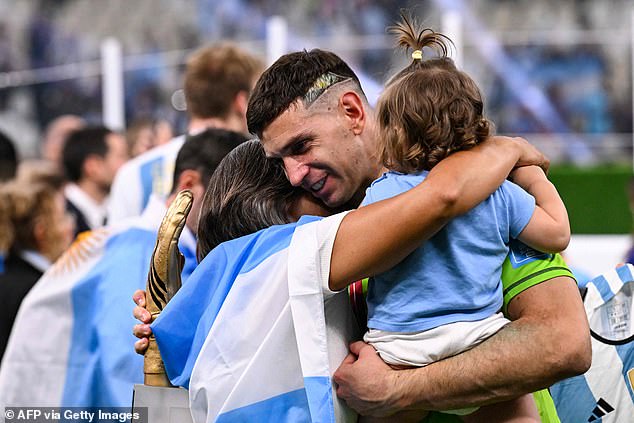 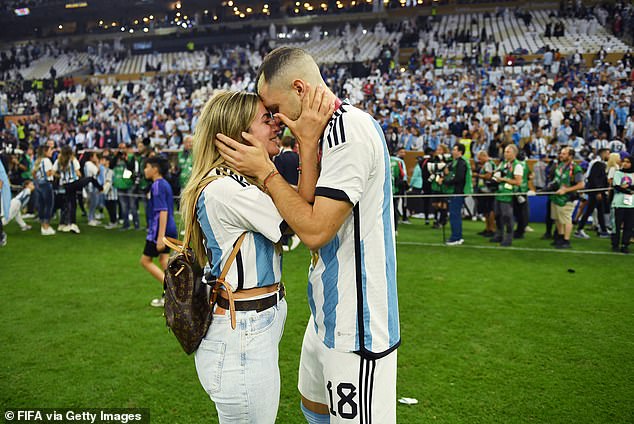 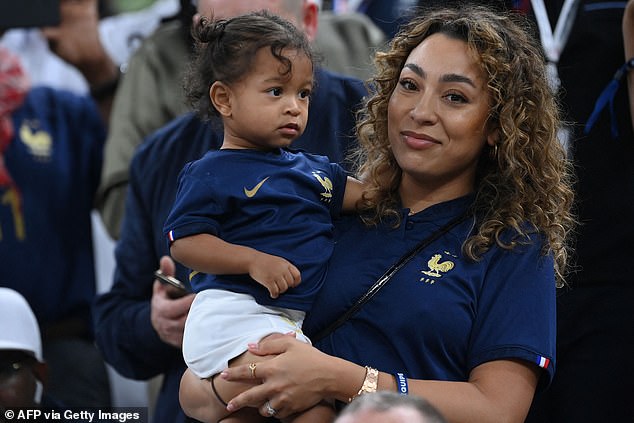 Sabrajna Duvad, wife of France’s forward Kingsley Coman, looks on during the the final match of the Qatar World cup which saw France face a crushing defeat 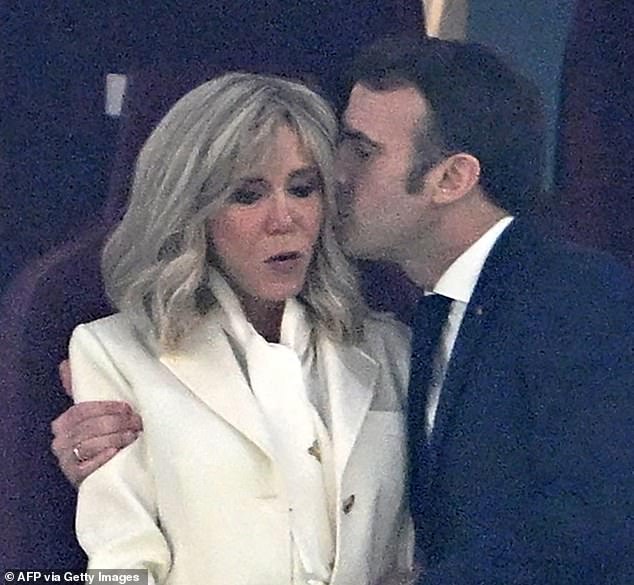 President Emmanuel Macron was seen attending to and comforting his wife, Brigitte Macron