This is the horrifying moment a young boy was spilled with boiling soup after a waiter lost his footing.

CCTV footage shows a waiter holding a bowl of hot liquid as he walked towards a table which sat a family of three.

The man splashed the soup towards the child after he slipped and fell on the floor. 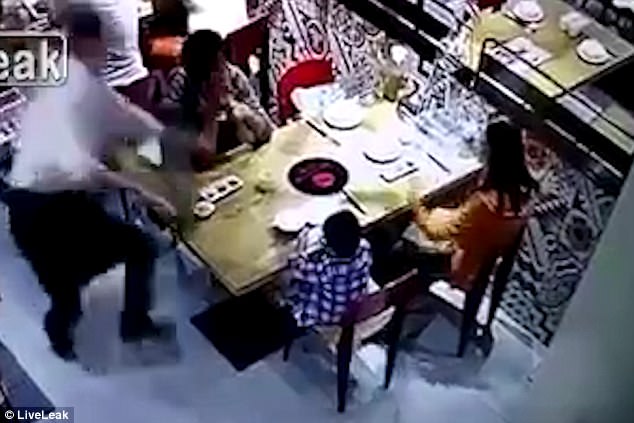 Footage of the event was uploaded on Chinese social media yesterday.

The video report suggested that the incident had happened in a hotpot restaurant in Yongzhou, Hunan Province. The date of the event remains unclear.

The boy, wearing a checked shirt, was using a mobile phone while waiting for food to be served in the restaurant.

After the waiter spilled the hot liquid on him, his mother picked up him immediately.

The boy’s father, who sat at the opposite side, threw the hotpot onto the floor and rushed to save the boy. 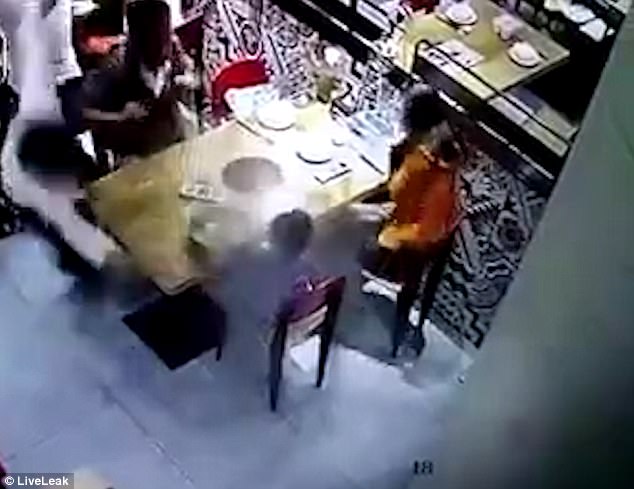 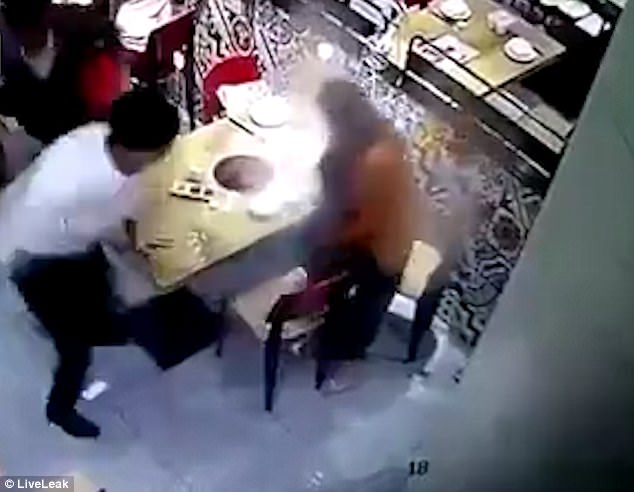 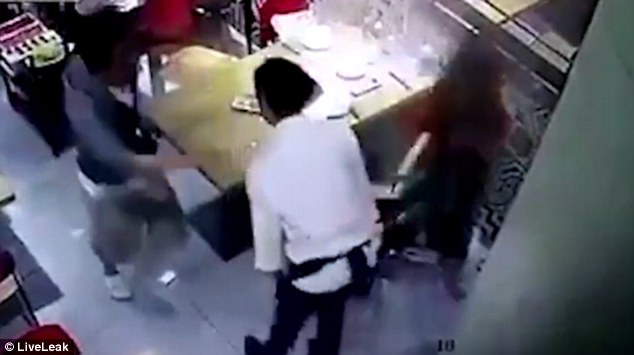 Hot smokes can be seen fuming in the air.

The waiter appeared to be bowing and apologising to the father.

It’s unclear how serious the boy’s injures were.

Web users commented on the video suggesting children should not be sitting next to the aisle.

‘Children should be sitting inside. You will never know what can happen when people walk past,’ wrote ‘Kannei_78’.

‘Parents should protect their children in every possible way. Let alone your children to sit next to the aisle is dangerous and this is a very good example,’ warned web user ‘fengdaidaixin’.