‘Walking miracle’ Tiger Woods is out for Masters victory

The first time Tiger Woods watched the Masters on television, he sat enthralled as 46-year-old Jack Nicklaus reached deep into his memory vault to produce a back nine for the ages.

All around the Golden Bear, stunned and beaten, lay the best players from the generation who thought they had assumed his mantle.

Thirty two years on, the parallels between that week and this year’s edition are so striking as to raise the wondrous possibility that history of the most evocative kind is about to be repeated.

Now it is Woods who is the ageing colossus, written off as belonging to another era. For Seve, Nick, Greg and Sandy, who all finished in the top 10 back then, read the fourtime major winner Rory McIlroy, world No 1 Dustin Johnson, USPGA Champion Justin Thomas and the Open Champion and Masters specialist, Jordan Spieth.

On that day in 1986, Woods made a point of writing down all of Nicklaus’s 18 majors, the year in which he won them, pinning the list to his bedroom wall. He went on to knock off the first 14 at a quicker pace before pressing the self destruct button a decade ago.

This time, he is shadowing Nicklaus another way. Back in the day, what came over with startling clarity was the relish Nicklaus felt in showing a new generation what the old guard failed to withstand. 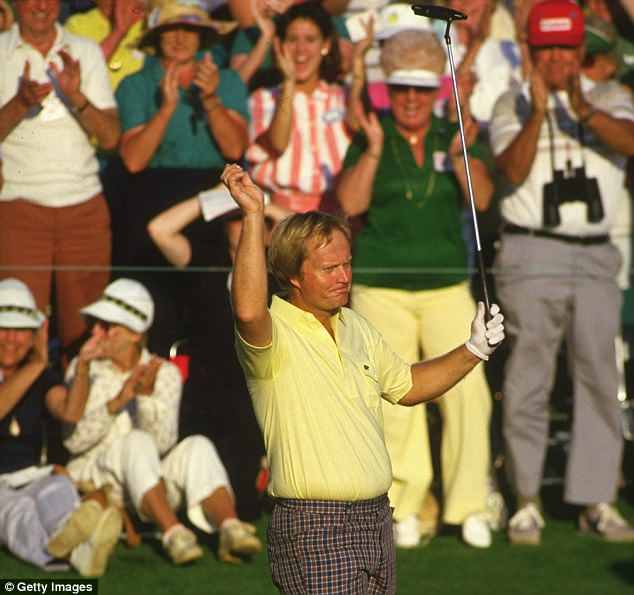 Now it is Woods who wants to display his old skill and intensity that once caused every member of his generation to quake.

‘I’m a walking miracle, and I’m so grateful to have got a second chance on life,’ said Woods. ‘I’m just going there to win.’

We should savour the prospect. Golf may be the only sport where these battles between generations  are possible but it is still rare when they happen. The only other one that remotely compares to 1986 was the 1960 US Open, when the past, present and future were represented down the stretch by Ben Hogan, Arnold Palmer and Nicklaus respectively.

No wonder, therefore, this Masters looks perfectly scripted, with the eras set to collide as Tiger and an equally revitalised Phil Mickelson — seven green jackets between them — pit their wiles against the current elite.

Given where Woods was this time last year, or even three months ago,  there is still a ‘pinch me’ element to his comeback. 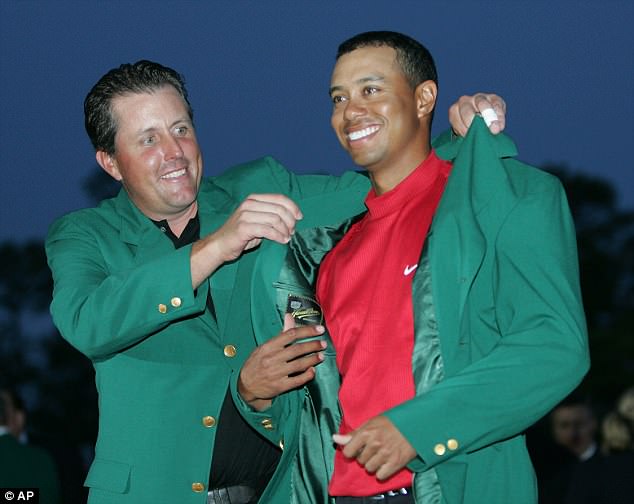 Woods, aged 47, and and an equally revitalised Phil Mickelson have seven green jackets

Such has been the excitement generated by his recent performances, it is like being taken back to the days when he first appeared on the scene.

This will be my 34th Masters, and I cannot recall another where the sense of anticipation was quite so feverish. Everywhere you look there are glorious possibilities, with McIlroy trying to become just the sixth golfer to complete the career Grand Slam, to Mickelson seeking to eclipse Nicklaus to become the oldest winner of the Masters at 47.

Justin Rose attempts to finally get both arms into a green jacket after having one arm in a few over the years (how fitting that would be on the 30th anniversary of Lyle’s win, the first by a British golfer). And then, there is Tiger.

So many want to witness what would arguably be sport’s greatest comeback that tickets for the four days are commanding $20,000. If Tiger is in the hunt come Sunday, the one day ticket price is expected to reach that amount. Could it happen? Isn’t it farfetched to think even Woods could win after so long away and just five comeback tournaments? Of course. But aren’t many of the great sports stories feats of farfetched fantasy?

How much poorer would we be if no one managed to defy the odds to pull off their dream?

Two facts provide the Tiger fantasy with just enough reality to offer the tantalising prospect of it coming true. One is his record at Augusta. Sure, he has not won it since 2005. Yet look at some of his performances during this fallow period. He could have won it in 2008 when he finished second to Trevor Immelman. In 2010,  at the height of his scandal, he never played in the build-up, barely practised and yet, despite feeling besieged on the eve of the tournament, he still finished fourth.

In his nine appearances since his last victory at Augusta, Woods has finished in the top four six times. Make no mistake, he still knows how to play Augusta. He might not have played much in the build-up this time but he returns after two stunning outings in Florida. On two of the tougher courses on the PGA Tour, Woods was in contention both times.

‘I’ve got my feels back,’ he warned at the latter, the Arnold Palmer Invitational at Bay Hill a fortnight ago. So yes, it really could happen. Half a lifetime on from Woods winning the Masters by 12 shots at the age of 21, we are here to see if he can pull off an equally heartstopping feat at the age of 42. And the most exciting thought of all? This is but the start of what promises to be a truly momentous summer, with Woods fit, healthy and fired up not only for the four majors but the Ryder Cup as well.

‘The bottom line is regardless of whether I win, I need to enjoy it, after what I’ve been through,’ he said Tiger recently. We should enjoy it too, for who knows how long it will last. Right now, the sport feels like it has bottled magic, just like it did in 1986.