Wallabies coach Michael Cheika has admitted he misled the public on the real reason why two star players were axed ahead of a game against England.

Cheika previously said player Kurtley Beale was omitted from the team because of a different game plan for the midfielders.

Now, Cheika has conceded Beale and teammate Adam Ashley-Cooper were kicked out of the upcoming Twickenham game for bringing three women back to their hotel.

Kurtley Beale (pictured, right) and Adam Ashley-Cooper (pictured, left with wife) were kicked out of the Twickenham game for bringing three women back to their hotel 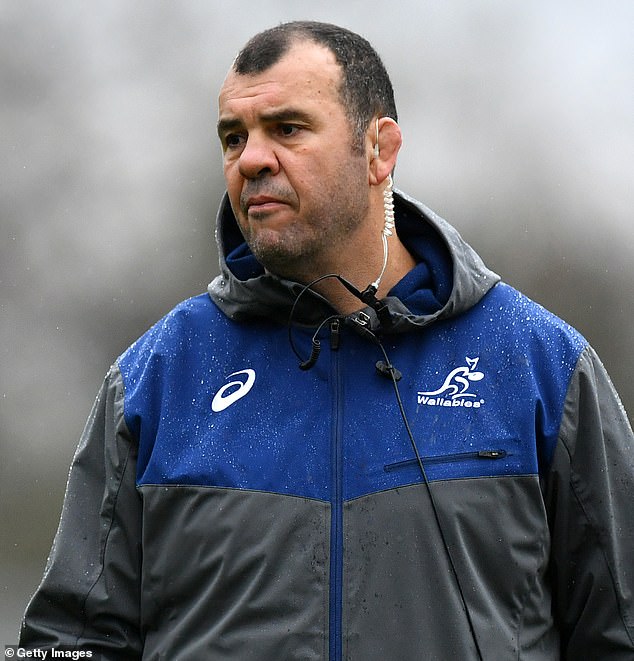 The Wallabies coach said the pair were penalised for breaching the team’s protocol by allowing guests into their hotel room two weeks ago.

The women were believed to be Ashley-Cooper’s sister-in-law and two friends, but it was still considered a breach of a strict rule of no visitors in hotel rooms.

While Cheika admitted he didn’t give the full reason in an earlier press conference, he claimed he never lied.

‘Sometimes players might lack discipline at training and that might cost them a start – nothing is ever said about it, no one comes out and makes an official statement, I’ve done that myself.’

The tight-lipped coach stood by his earlier comments and said Beale’s form had been a genuine concern at the time he last spoke to media. 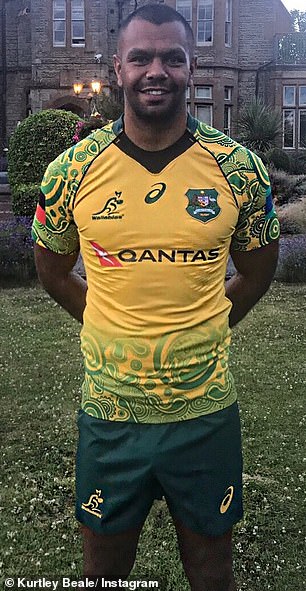 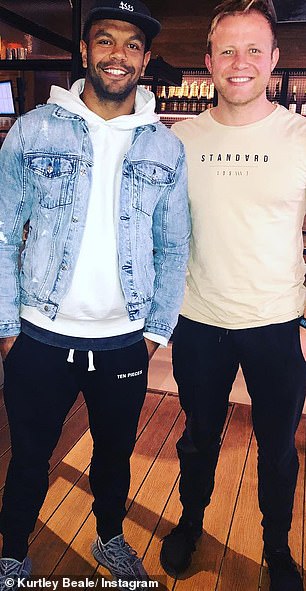 ‘I said he has been in and out of form this whole year, which he has been, he was on the bench last week,’ Cheika said.

‘I considered leaving him out of the team last week on form.

‘I know that’s your mentality to think everything is a cover-up, but it’s not, I want to be really clear.’

Wallabies team officials backed the story on Friday after it emerged Pocock was set to miss the Twickenham clash against England after failing a late fitness test.

Crusaders forward Pete Samu has now been promoted to fill Pocock’s backrow slot to face Eddie Jones’s side, with winger Marika Koroibete brought on to the bench. 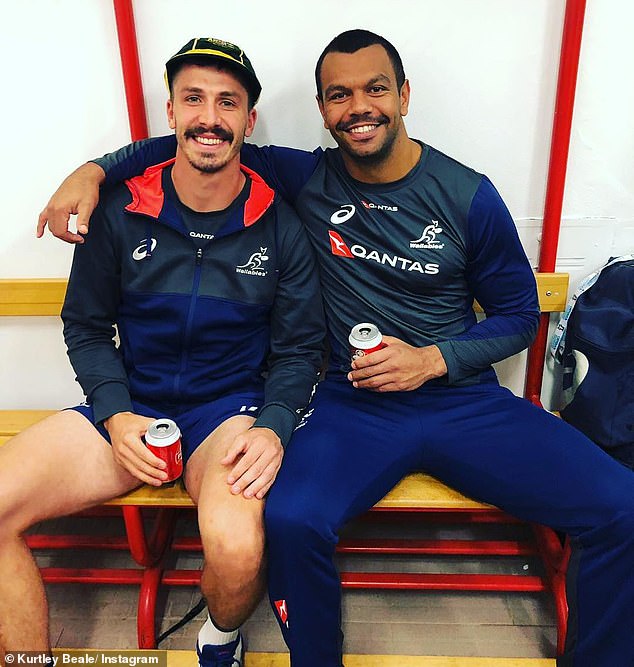