Walt Disney World cast members will play the role of guests to test out Disney’s coronavirus safety features ahead of reopening this week.

On Tuesday and Wednesday Disney is holding a cast member preview days at the Magic Kingdom and Animal Kingdom where the 70,000 cast members at the park can test run the new features themselves.

On Thursday and Friday annual passholders will get the chance to visit the parks before those Disney World attractions officially open on Saturday. Disney’s Hollywood studios and Epcot will reopen on July 15.

All Disney parks were shuttered in mid-March. 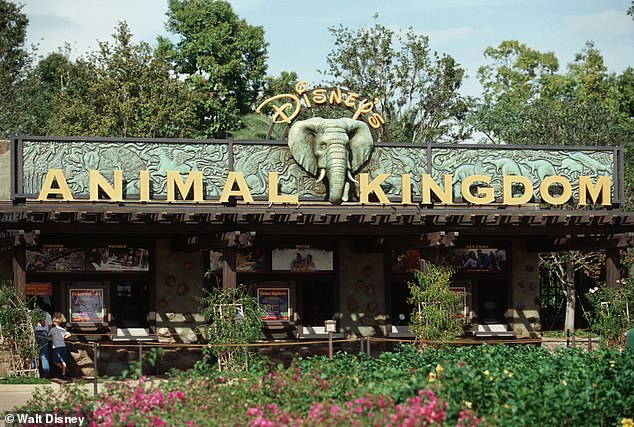 The Animal Kingdom and Magical Kingdom, which have been closed since March, will officially reopen to the public on Saturday 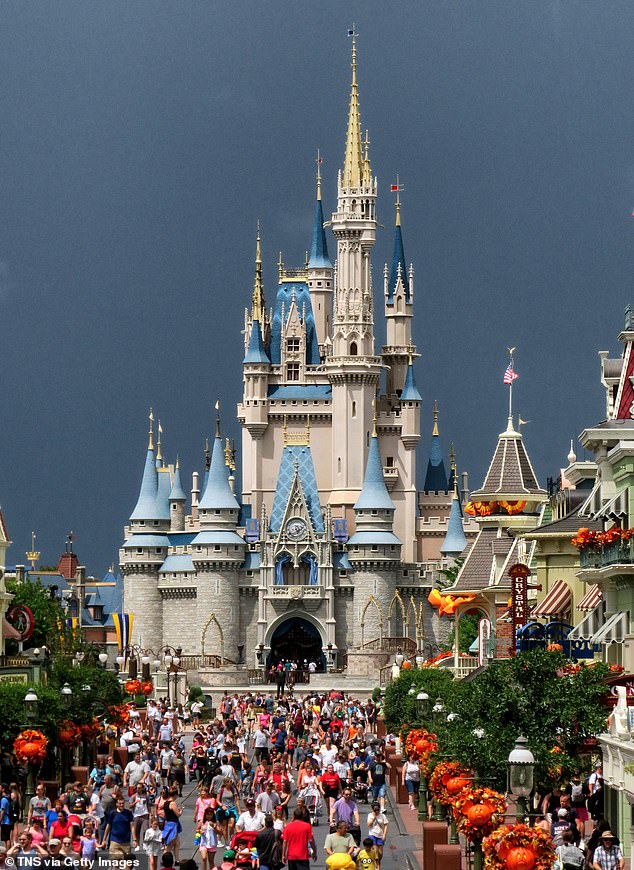 A view of the Magic Kingdom at the Florida park above

However, the Actors Equality Association, a union that represents over 600 actors at the park, is arguing that it’s too early to open up as coronavirus cases surge in the sunshine state and is demanding regular testing for actors, according to Click Orlando.

They shared a petition, which has over 18,000 signatures, calling for Walt Disney World Resort to postpone the reopening until further notice from the state as coronavirus cases in the state continue to surge.

‘Because of the increase in cases suddenly, it is clear that theme parks – a non-essential business – should not be planning to operate until the cases have gone down again. The recent spike of COVID-19 cases is concerning due to our proposed opening in July,’ the petition says.

‘Re-opening the theme parks is only putting our guests, employees, and families at higher risk for contracting COVID-19…People are more important than making a profit,’ the petition adds.

Disney parks published a video on July 3 showing workers in masks heading back to work, with workers beaming excitedly about returning to the park. 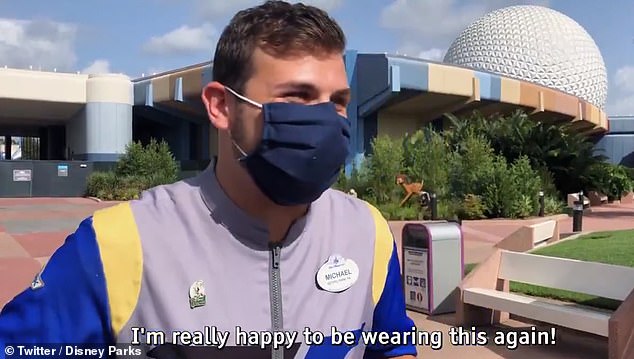 Disney released a video on July 3 welcoming cast members back to the park and filming their enthusiastic reactions. This employee named Michael said in the clip: ‘I’m really happy to be wearing this again!’ 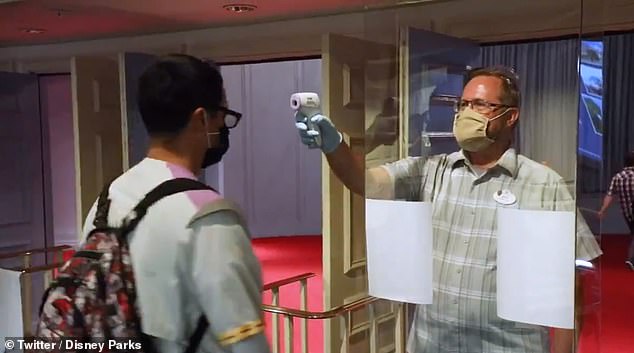 The park has initiated new safety measures including limited capacity, required reservation, masks for employees and guests and temperature checks

‘I’m really happy to be wearing this again,’ one employee says in the video.

The Disney Springs part of the park opened in May giving a glimpse of the new measures in place, where guests are required to wear a face mask and go through temperature screenings and capacity will be limited.

Although the guest cap wasn’t announced, it’s assumed to be no greater than 30 percent, which is the capacity Shanghai Disneyland is using for their reopening.

On Monday Gov. Ron DeSantis supported the reopening saying he’s not concerned that the theme park wil contribute to an increase in COVID-19 cases.

‘Disney, I have no doubt, it’s going to be a safe environment,’ DeSantis said.

‘The folks who put a premium on safety, that’s showing you that, you know, we’re able to handle this, have society function still when people go into work, but do it in a way that you take some basic precautions and so we’re really impressed with what Universal has done, and I’ve looked at Disney’s plan … it’s very very thorough,’ he added.

Over the month of June the number of new coronavirus cases has steadily increased after the state initially reopened and saw thousands of people flock to beaches and bars.

Over the weekend Florida set a record for the most new coronavirus cases in the US in a single day with 11,458 new infections, according to data by Johns Hopkins University. 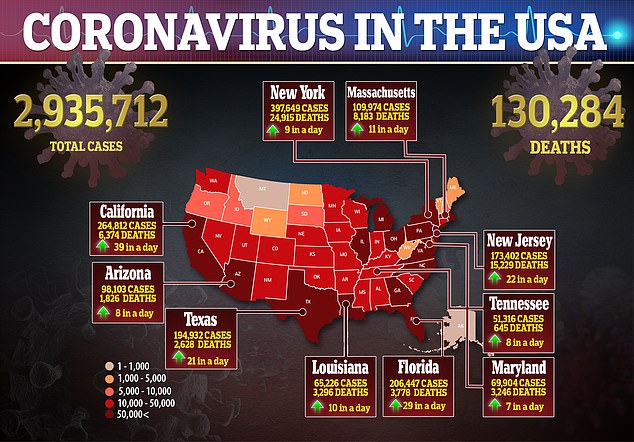 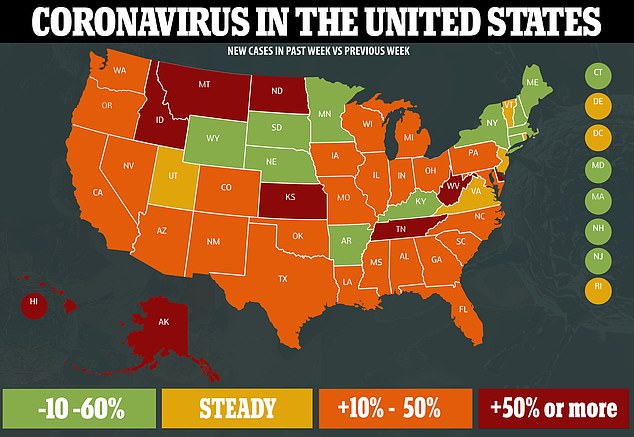