Sen. Elizabeth Warren said Wednesday that President Donald Trump is disrespecting Native Americans by referring to her as ‘Pocahontas.’

She also said that while she’s not enrolled in any tribe, she never used her family tree ‘to get a break’ or advance her career.

In a surprise appearance before the National Congress of American Indians, the Massachusetts Democrat said her mother’s family was part Native American and her father’s parents ‘were bitterly opposed to their relationship.’ Her mother was born in Oklahoma in 1912 and married her father in 1932, Warren said.

‘The story they lived will always be a part of me. And no one – not even the president of the United States – will ever take that part of me away,’ she said.

In this Dec. 5, 2017, file photo, Sen. Elizabeth Warren, D-Mass., waits to speak during a meeting of the Senate Banking Committee on Capitol Hill in Washington

Trump frequently refers to Warren as ‘Pocahontas’ to mock her claim about being part Native American.

Warren said she understands why Trump and other political opponents ‘think there’s hay to be made here,’ adding: ‘The joke, I guess, is supposed to be on me.’

In her most expansive public remarks on her ancestry, Warren told the Native American group that she respects the distinction between Native American heritage and membership in a tribe.

‘I understand that tribal membership is determined by tribes – and only by tribes,’ she said.

But contrary to claims by opponents, ‘I never used my family tree to get a break or get ahead,’ Warren said. ‘I never used it to advance my career.’ 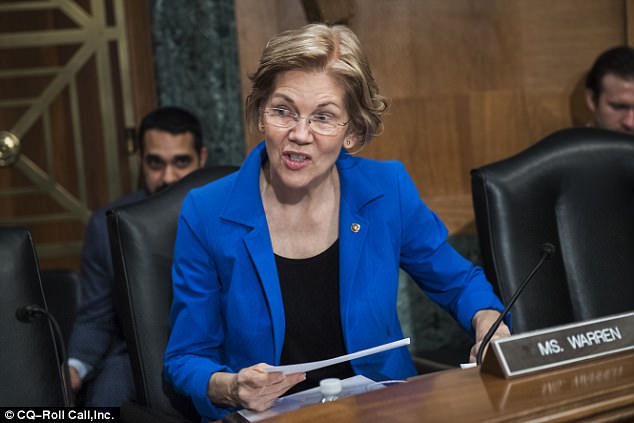 Sen. Elizabeth Warren said Wednesday that President Donald Trump is disrespecting Native Americans by referring to her as ‘Pocahontas.’ 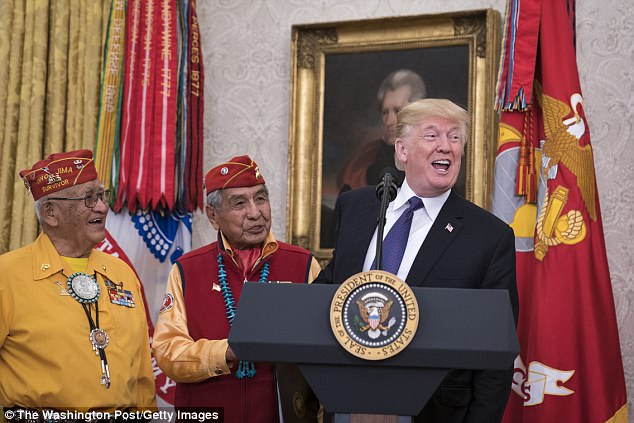 Questions about Warren’s ancestry first surfaced during her 2012 Senate run, when she ousted Republican Sen. Scott Brown to claim the seat once held by the late Sen. Edward Kennedy.

During the campaign, law school directories from the Association of American Law Schools from 1986 to 1995 surfaced that put Warren on the association’s list of ‘minority law teachers’ when she was teaching at the University of Texas and the University of Pennsylvania. Warren said she listed herself with Native American heritage because she hoped to meet people with similar roots.

In a 2012 interview with The Associated Press, Warren, then a Harvard Law School professor, said she and her brothers were told of the family’s heritage by their parents, the late Don and Pauline Herring.

Warren, who was raised in Oklahoma, said her father’s parents objected to her parents’ marriage, because her mother ‘was part Cherokee and part Delaware.’

The family dispute was ‘something my brothers and I grew up with. We always understood the difference, between our father’s family and our mother’s family,’ she told the AP.

Warren repeated much of that family history on Wednesday, although she did not mention any specific tribes in referring to her mother. 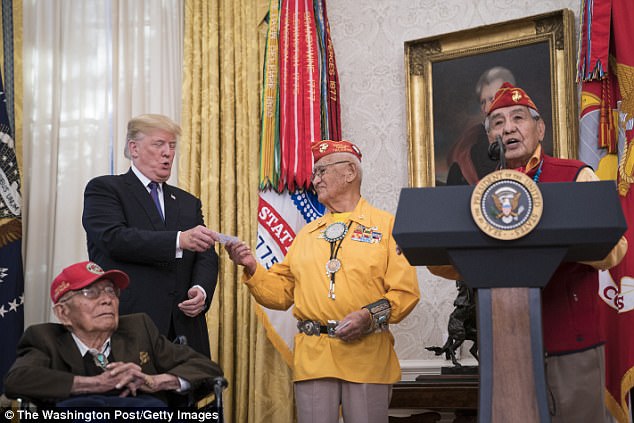 President Donald Trump speaks during a meeting with Navajo Code Talkers including Fleming Begaye Sr., seated left, Thomas Begay, second from left, and Peter MacDonald, right, in the Oval Office at the White House in Washington, DC on Monday, Nov. 27, 2017 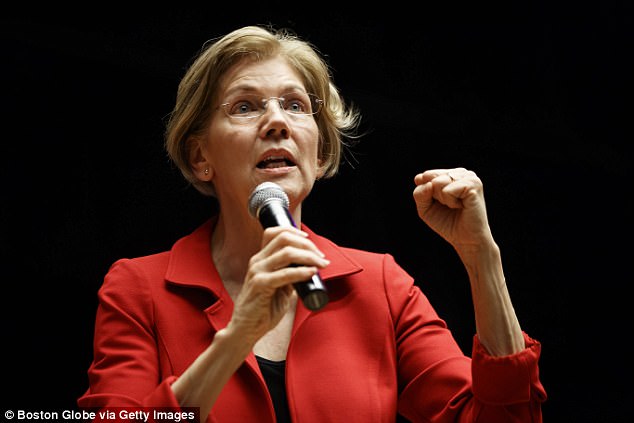 Warren told the Native American group that Trump’s taunts had led her to a decision: ‘Every time someone brings up my family’s story, I’m going to use it to lift up the story of their families and communities.’

She said the story of Pocahontas – ‘the Native woman who really lived’ in Virginia in the early 1600’s – has long ‘been taken away by powerful people who twisted it to serve their own purposes.’

While Pocahontas played a key role in mediating relations between the tribes ruled by her father and early white settlers, she later was abducted, imprisoned and held captive and died at about age 21, Warren said.

Warren called it ‘deeply offensive’ that Trump keeps a portrait of former President Andrew Jackson hanging in the Oval Office, ‘honoring a man who did his best to wipe out Native people.’

The type of violence Jackson and his allies perpetrated on Indian tribes ‘remains part of life today’ for Native Americans on and off Indian reservations, Warren said, noting that more than half of Native American women have experienced sexual violence.