Warring Mel B and Stephen Belafonte slash $1.5m off the asking price of their Hollywood Hills home

Mel B has now slashed the price of the Hollywood Hills marital home she shared with her ex by $1.5 million in a bid to secure a quick sale.

The former Spice Girls singer – who alleges Stephen Belafonte beat her, got their nanny pregnant and extorted her to take part in threesomes throughout their ten year marriage – is reportedly keen to turn her back on the bad memories for good.

The house – a four-story, 4,600 sq. ft. contemporary building with four bedrooms and six bathrooms was taken off the market at the beginning of the year at $9 million but then was relisted for sale last week at $7.5 million according to TMZ.

In December Belafonte claimed that Mel B was making it extremely difficult for him to sell the house because she wouldn’t let him inside to make repairs and stage it for a sale.

Quick sale? Mel B has slashed the price of the Hollywood Hills marital home she shared with her ex by $1.5 million 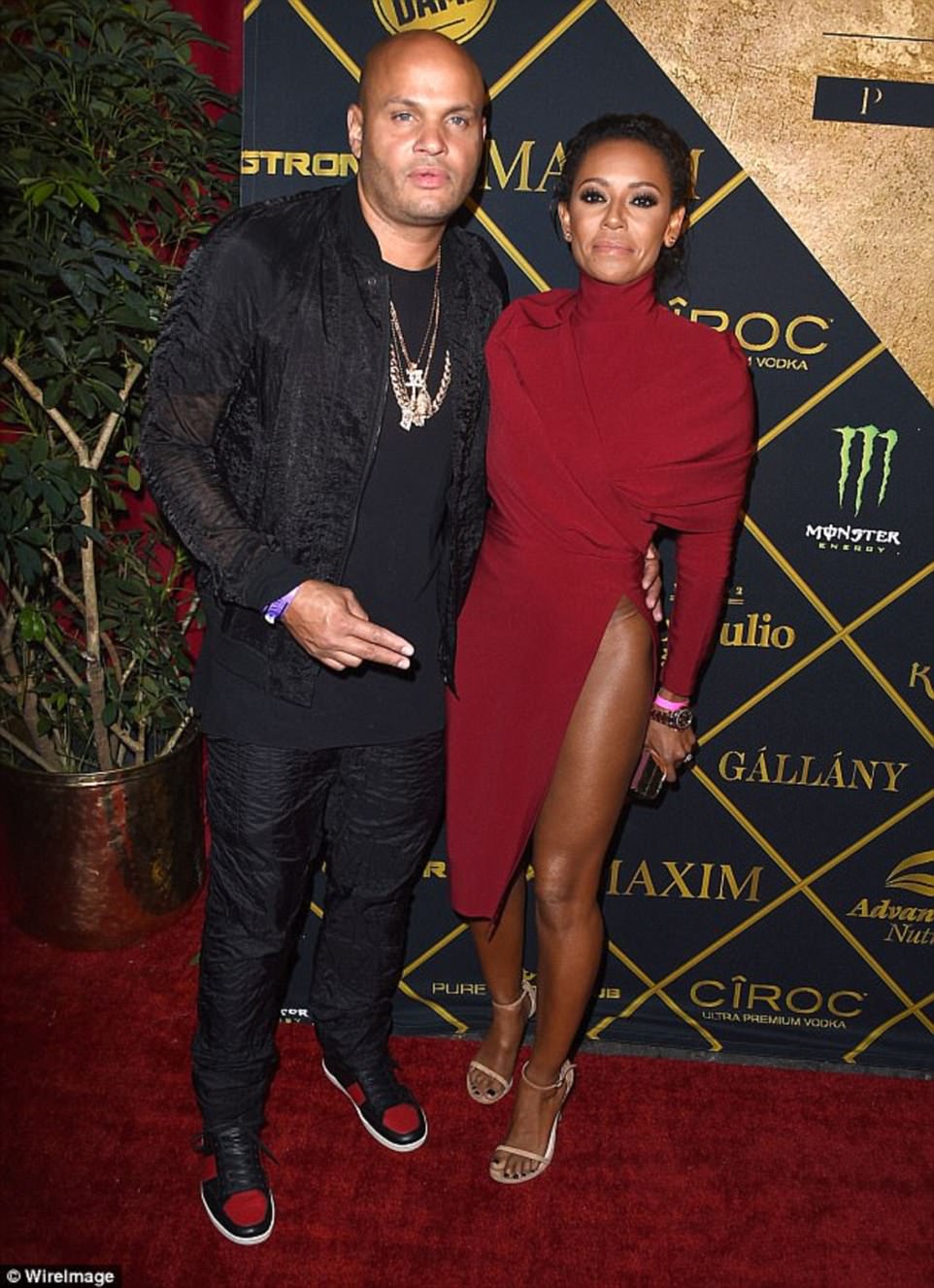 Moving on: The former Spice Girls singer – who alleges Stephen beat her, got their nanny pregnant and extorted her to take part in threesomes throughout their ten year marriage – is reportedly keen to turn her back on the bad memories for good

Over the last year court documents revealed the horrific campaign of abuse which former Spice Girl Mel B claims her ‘monster’ husband Stephen waged against her.

The singer even filed for a restraining order amid the former couple’s bitter divorce battle, in which Mel claims she was subjected to racist slurs, emotional and physical violence in front of the children, had millions of dollars taken from her, as Stephen allegedly treated the nanny as his wife. 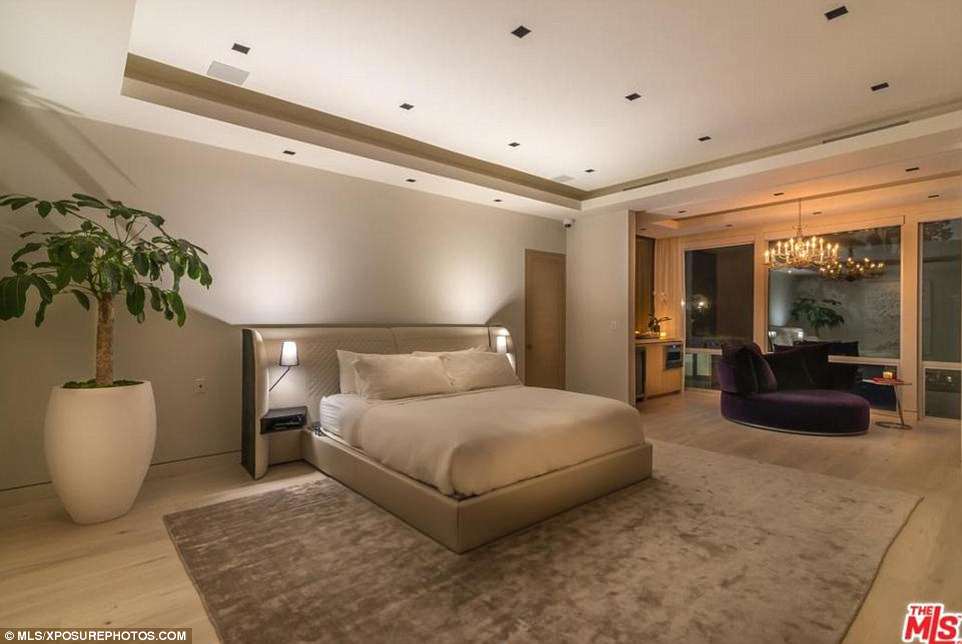 Up for sale: Mel put the modern, four bedroom house back on the market for $7.5 million. It was previously listed at $9 million

America’s Got Talent star Mel claims she recently discovered producer Belafonte had secretly ‘funneled’ more than $10million from their joint bank accounts into his own overseas accounts, and that he’s ‘using’ their six year-old daughter Madison to ‘harass and bully’ her.

While Belafonte hit back claiming the Spice Girl trashed their $8million former marital home he’s trying to sell and allowed ‘squatters’ to live and party there.

As part of their divorce – which became final on December 15 last year – the couple agreed to sell the marital home they once shared on Cordell Drive in LA, and split the proceeds.

But in new court papers, Mel, 42, says she wants to go back on her agreement to split the house money with Belafonte, also 42, after discovering first, that he had secretly siphoned off more than $10 million from their joint bank accounts and second, that she and Belafonte owe almost $2 million in back taxes.

She continued ‘He said he would destroy my career and take my kids from me. He threatened to release sexually explicit videotapes claiming I would never again work in the entertainment industry.’

Mel also claims Stephen called her a ‘f***ing monkey,’ in a racist slur during a campaign of terror.

She claims he treated nanny Lorraine Gilles, as his wife telling Mel that she raised the children better than her and she’s a younger, better looking model. 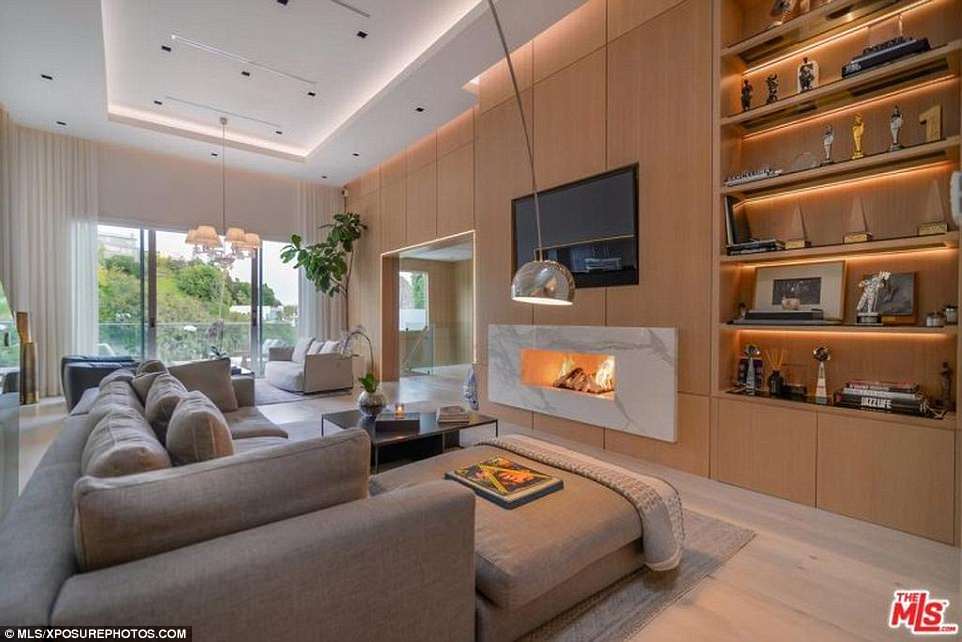 Price cut: The asking price stands at $7.5 million although a number of repairs need to made according to Belafonte In court papers filed January 31, Belafonte accused Mel of dragging her feet on the sale of the house by ignoring an offer of $7.3 million from a buyer willing to pay in cash for the house ‘as is,’ even though it was in serious need of repair.

And he also claimed Brown trashed the house and allowed ‘squatters’ to live there.

On the day his divorce became final – December 15 – Belafonte returned to the house and was shocked to find, ‘total and complete strangers at the residence, including a man who identified himself as Alvin Banks, Mr Banks’ girlfriend, and another woman who described herself as (Mel B’s) assistant.

‘I observed alcohol bottles everywhere, stains in the carpet, holes in the furniture and the house reeked of cigarettes and marijuana,’ Belafonte said in the papers.

He said the strangers told him Mel had said they could stay there but since he had not given his permission, he called the police who ‘kicked them out.’

The next day, he made a more detailed walk-through of the house and found it ‘was left in such a deplorable and horrific condition that many of the furnishings and items that were brand new and/or previously functioning, were entirely destroyed. There was damage done to the walls, floors, outside areas, bathrooms, bedrooms, kitchen, theater room and dining room.

‘As a result of the damage, the Cordell residence was in no condition to be shown to prospective buyers and much work had to be done in order to remedy the mess made by the third party squatters and to make the necessary repairs to the household furnishings.’ What a view: The lavish property is nestled in the Hollywood Hills and boasts panoramic views 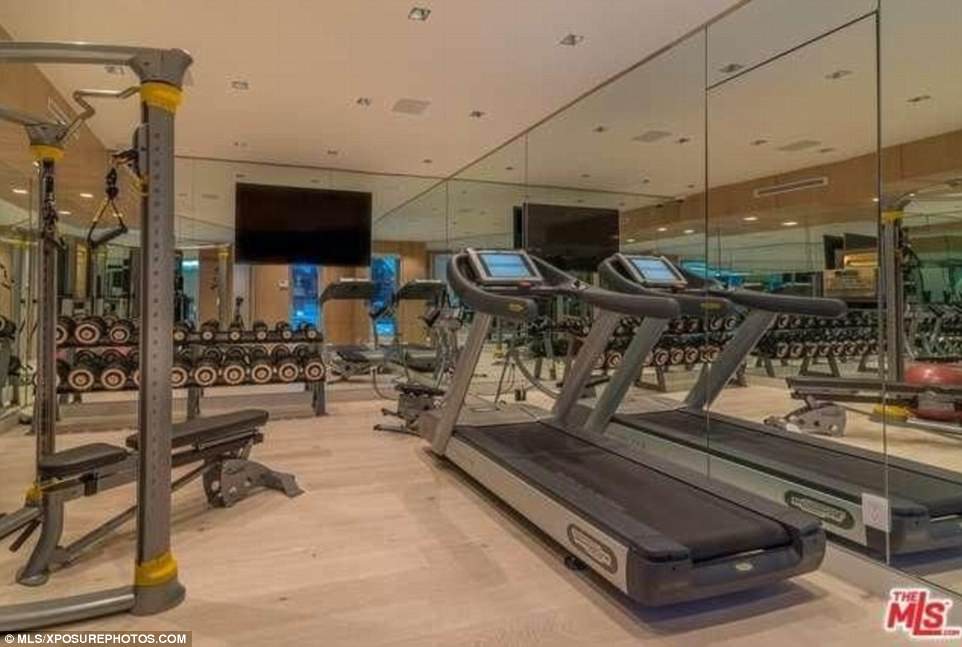 Fitness fan: Mel keeps in great shape – and prospective buyers will be able to enjoy the benefits of a home gym

The catalogue of historic allegations of abuse listed by TMZ include Belafonte ‘punching’ and ‘choking’ Mel, ‘splitting her lip’ and ‘pushing her down on a carpet’.

Mel, who filed for divorce from the producer last year alleged the psychological and physical abuse dated back to the first year of their marriage, in 2007.

There is also the explosive revelation that Stephen got their nanny pregnant and even suggested ‘all three [of them] live together’ with the new baby.

The nanny was paid allegedly ‘paid $300,000’ to have an abortion, according to the filing. During her marriage, Mel claims she was subjected to racist slurs, emotional and physical violence in front of the children, had millions of dollars taken from her, as Stephen treated the nanny as his wife 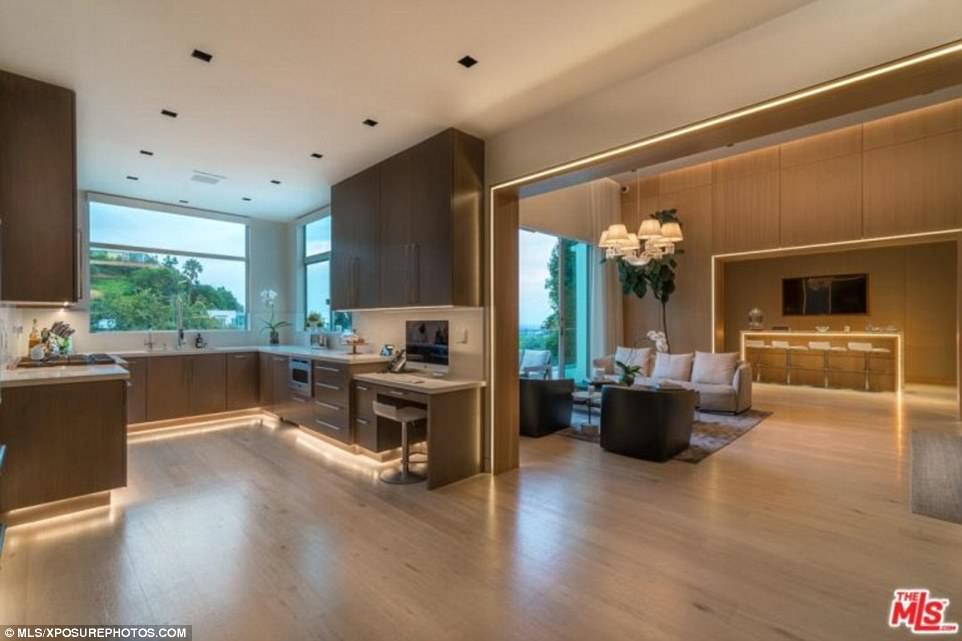 Mel alleged that the abuse became part of a ‘pattern’. When she became successful, Stephen ‘would beat me down to let me know he was in charge’ 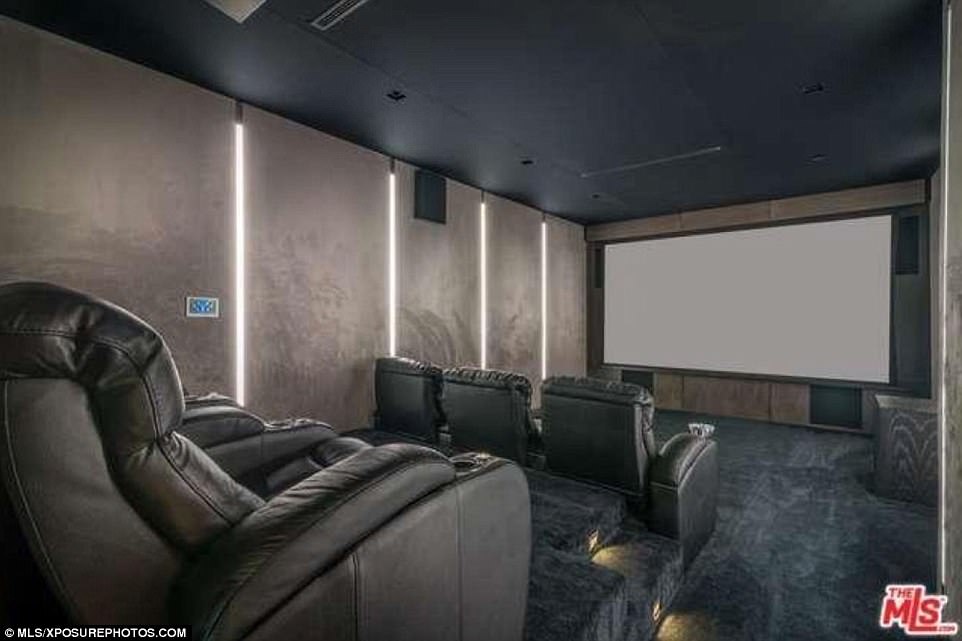 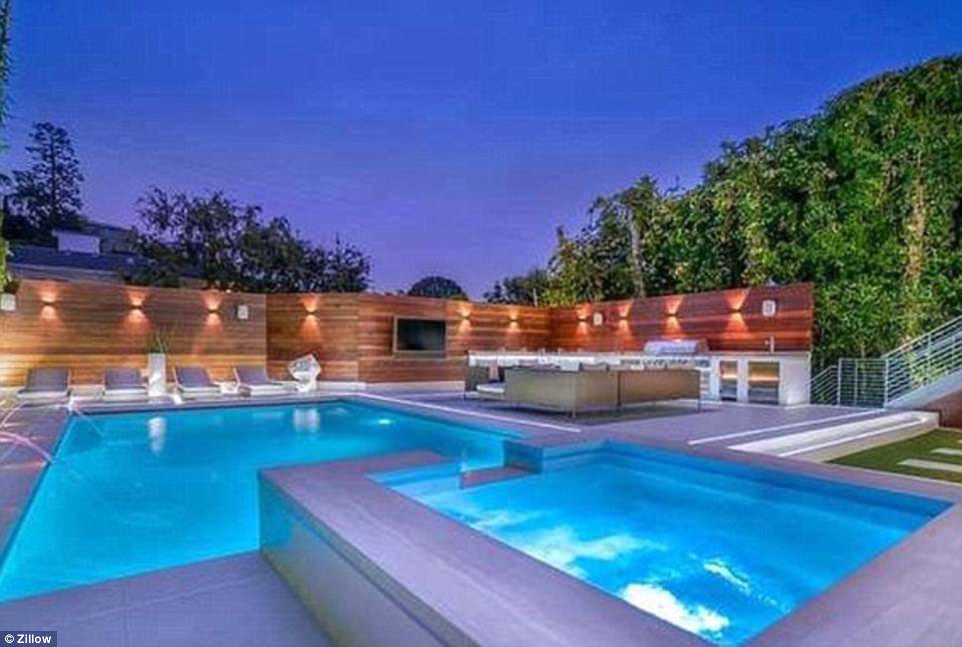 Private pool: The property boasts a luxurious outdoor area complete with entertaining space and a pool 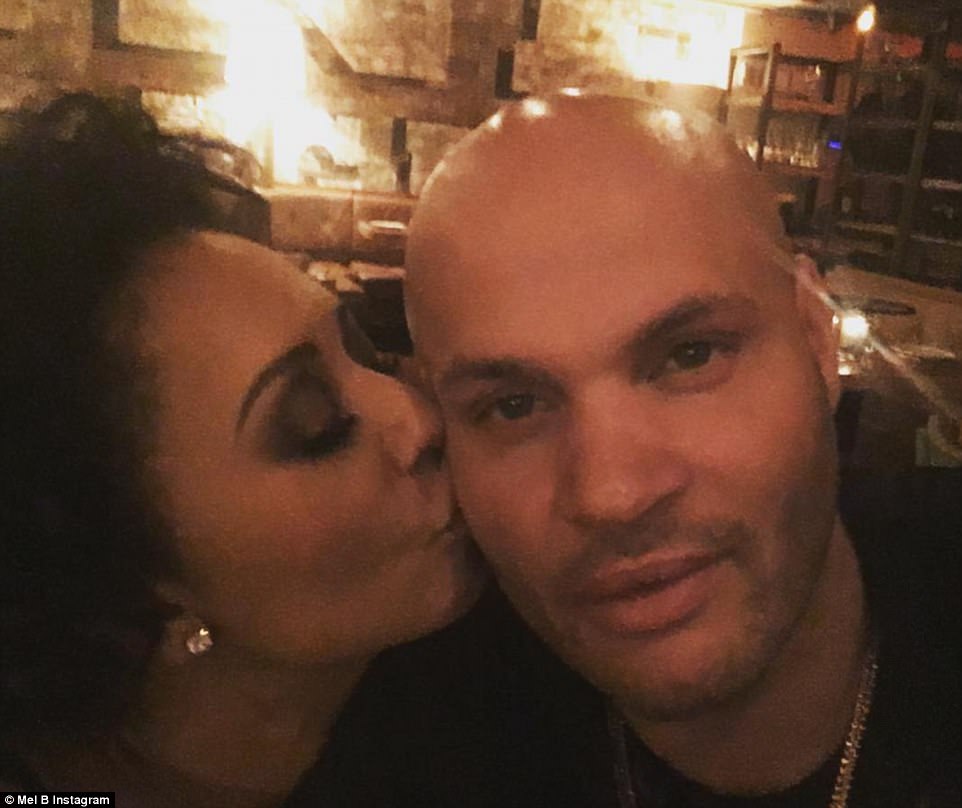 Emotional: The singer also alleged that Belafonte repeatedly told her she was ‘worthless, that he made me ‘who I am” 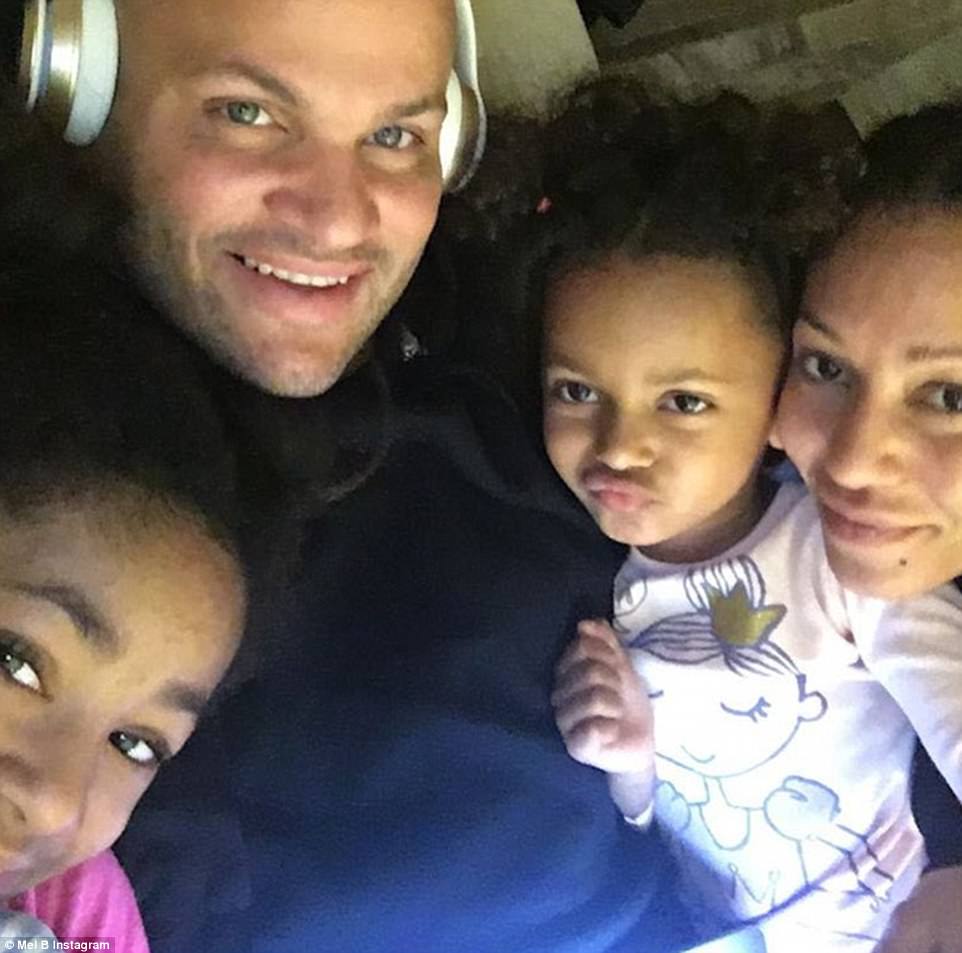 Verbal abuse: Mel – who raises children Madison, Angel and Phoenix Chi – says he called her ‘fat, ugly and old’ and constantly alluded to their nanny being prettier, younger and better at raising the children