Warriors visit museum with students instead of White House

After first wavering about making a customary visit to the White House, and then being preemptively dis-invited in a tweet by President Donald Trump, the reigning NBA champion Golden State Warriors took a tour of the National Museum of African American History and Culture with some local students from star forward Kevin Durant’s native Seat Pleasant, Maryland on Tuesday.

‘We never had those opportunities, coming from Seat Pleasant,’ Durant told The Washington Post. ‘Getting to hang around with the best team in the NBA, the world champions, we never got that opportunity at that age. To be able to provide them that type of experience, it’s going to do a lot for those kids.

‘They’re going to remember this for the rest of their lives.’ 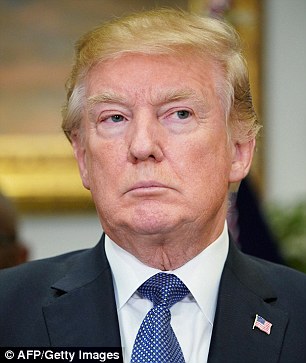 Kevin Durant (left) has stayed active in his home town of Seat Pleasant, Maryland, where he has made significant contributions to the town’s local rec center. He and the Warriors were dis-invited from visiting the White House by President Donald Trump (right) back in October In October, Warriors star Stephen Curry (pictured) was asked if he and his teammates would visit the White House this season, and responded by saying if it were up to him, the answer would be ‘no.’ He added that the decision would ultimately be made by the team

Before the Warriors announced their decision, Trump fired off a tweet dis-inviting them

Defending champions in the NFL, NHL, MLB, and NBA are expected to visit the White House when they play a road game in the Washington area in the year following their title win. The New England Patriots and Chicago Cubs each visited the Trump White House after finishing their 2016 campaigns with a championship.

The Warriors themselves visited the Obama White House after winning a title in 2015.

Back in October, Warriors star and former NBA MVP Stephen Curry was asked if he and his teammates would visit the White House this season, and responded by saying if it were up to him, the answer would be ‘no.’

But since the Warriors wanted to make the decision as a team, Curry deferred.

Before Golden State could announce any decision, Trump lashed out on Twitter: ‘Going to the White House is considered a great honor for a championship team. Stephen Curry is hesitating, therefore invitation is withdrawn!’ 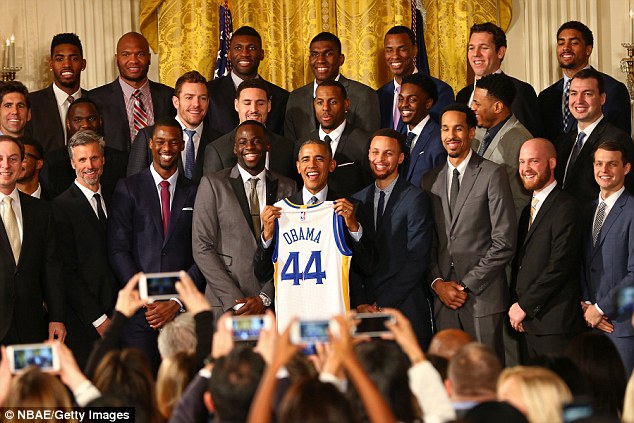 President Barack Obama poses for a photo during the Golden State Warriors visit to the White House to celebrate their 2015 NBA Championship on February 4, 2016 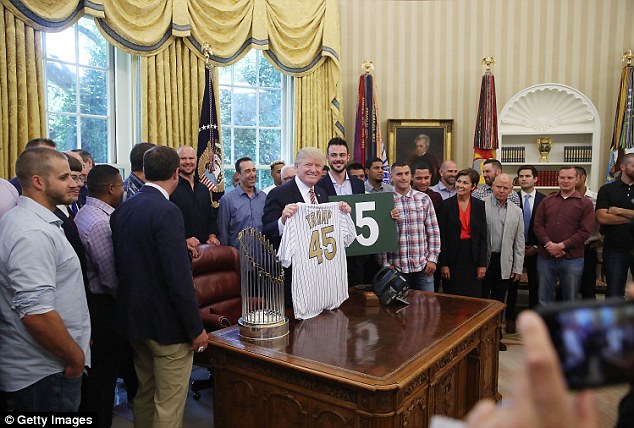 Durant on Tuesday said it didn’t feel weird missing out on the White House visit. 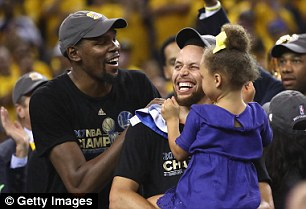 The trip to the museum was not a media event. Pictures have not emerged and there was no official sponsor for the trip.

On Tuesday, Durant was clear that it was not just his idea to go to the museum. He also credited teammates Curry and Draymond Green as well as general manager Bob Myers, among others.

‘Well, to be honest, I didn’t make the decision,’ he said. ‘I was down with whatever they wanted to do, and they told me they wanted to take the kids from my neighborhood to come join us and I was just grateful and appreciative.’ 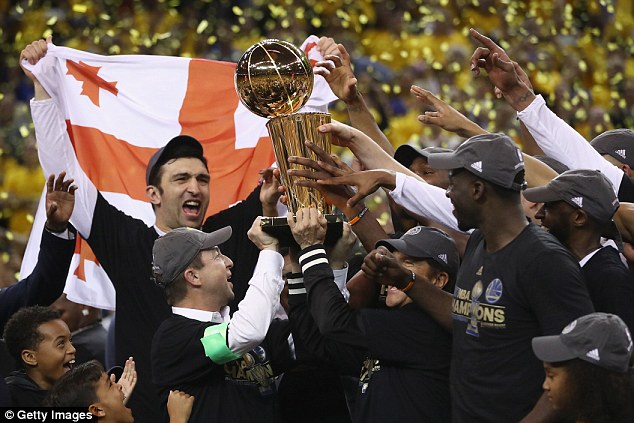