Raymond Matimba was born in Zimbabwe but lived in Manchester before joining ISIS.

He used the named Abu Qaqa al-Britani al-Afro after leeaving the UK. He first went to Barcelona and then to Turkey from where he crossed into Syria.

He was long thought to be a fringe figure in ISIS, until the video emerged of him with other infamous jihadis this week.

Sources have said Matimba was known for his skills with a rifle and trained ISIS snipers. In every photo and the video he is shown with an AK at his side

His family say he updated them on his life in Raqqa until last year, when he stopped responding.

It had been reported he was killed in fighting, but his death has never been confirmed. If he is alive, he will now be one of the UK’s most wanted terrorists. 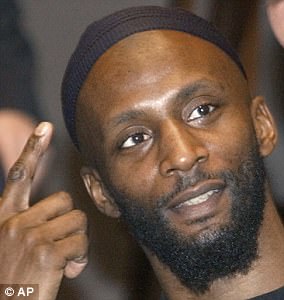 Jadith al-Harith was born to a Christian family from Jamaica in 1966, but changed his name after converting to Islam in 1994.

In 2001, he travelled to Quetta in Pakistan on a ‘religious holiday’ but was picked by American forces in Afghanistan after they found him in a Taliban jail. He was later transferred to Guantanamo Bay prison.

He was released in 2004 and, after a compensation claim, was handed a reported £1million.

Despite security services being fully aware of his previous detention, he was able to escape the UK in 2014 to fight with ISIS in Syria.

He was killed earlier this year in a suicide attack near Mosul, Iraq. 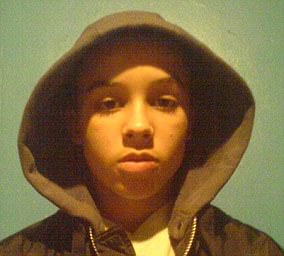 But in 2013, as ISIS took over parts of Syria and Iraq, he left his wife and child to travel to Syria.

He then recruited hundreds of terror recruits to join the warped caliphate, including at least 16 from Manchester.

In messages posted on Twitter, he urged Muslims back home to stop playing ‘Call of Duty and Fifa and come to the khalifa (ISIS)’.

It is believed he recruited both Matimba and al-Harith to ISIS’s cause, as well as Manchester Arena bomber Salman Abedi.

Hoskey was reportedly killed in a drone strike last year.