After four grueling days in labor battling high blood pressure and fears of a uterine rupture, Angel Taylor was petrified for the health of her third child.

But when the little boy, Sullivan, arrived, he was relaxed as can be, with his arms outstretched.

Angel, 33, from Bremerton, Washington delivered her son a week early after a routine doctor’s appointment revealed her blood pressure was dangerously high.

The mother-of-three, who previously had a cesarean section and a vaginal birth, was admitted to the hospital on March 5 with no dilation.

She was hoping to have another vaginal birth, but after three days in the hospital Angel’s cervix was only dilated four centimeters, when it should be at least 10 centimeters wide to give birth.

When doctors decided performed an unexpected c-section, Sullivan entered the world on March 8 with a big smile and his arms outstretched despite the long labor.

Angel, whose husband is in the Navy, said Sullivan is the ‘chillest baby’ and explains why the long and hard labor was worth it. 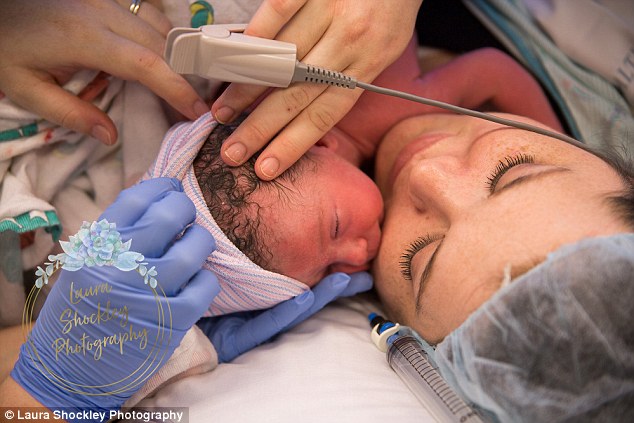 Angel Taylor, 33, gave birth to him on March 8 after being in labor for four days

High blood pressure during pregnancy can cause serious complications for the mother and her baby, including premature birth and preeclampsia, a condition characterized by high blood pressure that can cause kidney, liver and brain damage if left untreated.

Furthermore, hypertension during pregnancy is one of the common causes of maternal death in the US.

Due to the risks associated with her pregnancy, Angel, who expected to give birth mid-March, was told she needed to deliver her baby immediately.

‘We went home and totally ran around like chickens with our heads cut off — we thought we had another week!’ Angel told PEOPLE. ‘I didn’t have the car seat in the car, I hadn’t finished packing.’

When she was admitted to the hospital on March 5 with no dilation, doctors began giving her small doses of pitocin, a synthetic version of oxytocin, a natural hormone that helps your uterus contract during labor.

However, doctors were concerned Taylor could suffer a uterine rupture, a rare but life-threatening complication where pressure builds as the baby moves through the mother’s birth canal and causes the uterus to tear.

These concerns stem from the fact that Angel has had a c-section in her last pregnancy which can sometimes leave the uterus weak, making vaginal birth difficult or even dangerous. 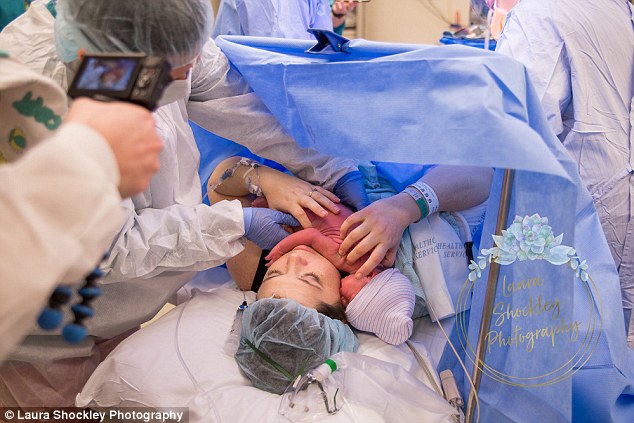 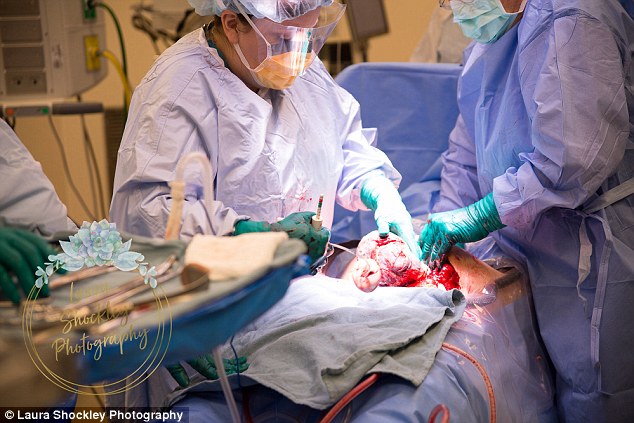 As a result, doctors didn’t want to up the risk of rupturing her uterus by quickly inducing labor.

After spending three days in the hospital, she was only dilated four centimeters by March 8.

The labor was taking its toll on Angel, who said the process was ’emotional,’ ‘so long and so hard.’

When delivery began Thursday night, doctors found it difficult to get her son through the birth canal because of her previous pregnancies.

It was then that Angel learned she’d have to give birth via c-section.

‘It was really hard for them to get him out. He was really stuck in there,’ Angel recalled.

‘It turns out I had a lot of scar tissue in my lower uterus and it was very tight and it wasn’t opening up so he was kind of stuck in that,’ she added. 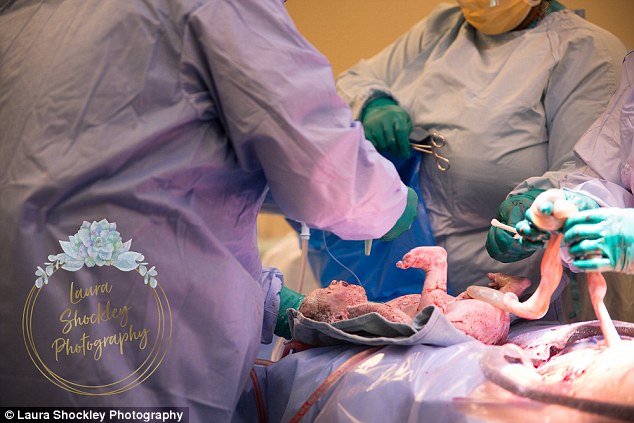 Angel, who gave birth on March 8, said the four-day labor took an emotional toll on her 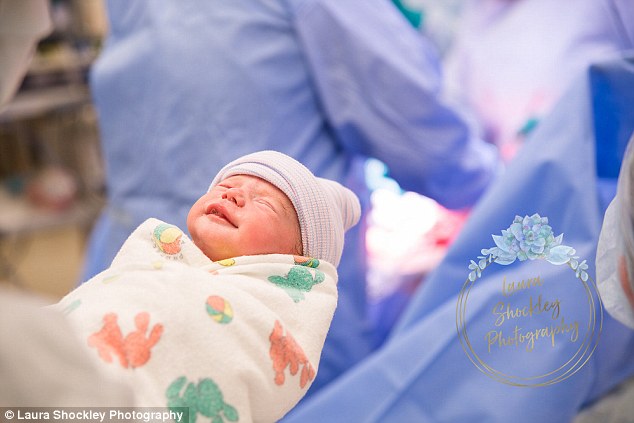 Angel, a Youtube vlogger who runs the channels MakingBabyTaylor and ItsTheTaylorCrew  said he made an entrance – he was lifted out of her womb with a wide smile and his arms and legs stretched.

‘I thought it was just so funny because he would be like that in my belly, he was always stretching,’ she said. ‘We’d tell him, “You’d have so much more room to stretch if you just came out!” And when he came out, that’s exactly what he did. It was a big relief. We were worried how he would do … He was in really good shape!’

After spending a few days in the hospital to heal, Angel was finally able to take Sullivan home.

She said that despite the long and gruesome labor, her newborn son is always happy and is already getting along with her five-year-old son Caledon and her three-year-old daughter Kerrigan.

‘He is the chillest baby. He is really sweet and very calm. He hardly ever cries. He just loves to snuggle and is just very sweet,’ Angel explained. ‘My older kids love him and are just always wanting to hold him. He’s just fitting right into our family — like he’s always belonged.’