Former Democratic National Committee chair Rep. Debbie Wasserman Schultz is saying she was unaware how the dirty dossier on Donald Trump was produced even though the DNC has been revealed to have helped fund it.

‘She was not aware of anything related to this research arrangement,’ a spokesman for the Florida representative told The Hill newspaper, as the murky origins of the creation of the dossier gained new attention in Washington.

The DNC is represented by prominent Democratic election lawyer Marc Elias, who was revealed by the Washington Post this week to have hired the political intelligence firm Fusion GPS.

That firm in turn hired former British intelligence agent Christopher Steele to assemble the dossier, which included an array of unverified information about Donald Trump’s connections to Russian figures, as well as salacious and unproven material about his alleged conduct in a Moscow hotel room.

Former Clinton spokesman Brian Fallon said he hadn’t spoken with his former boss about whether she knew the origins of the dossier.

‘Oh I don’t know. I haven’t spoken to her, no,’ Fallon told CNN Wednesday, asked whether Clinton knew about it.

Pressed, Fallon replied: ‘Well I mean she may have known. The degree of exactly what she knew is beyond my knowledge.’ 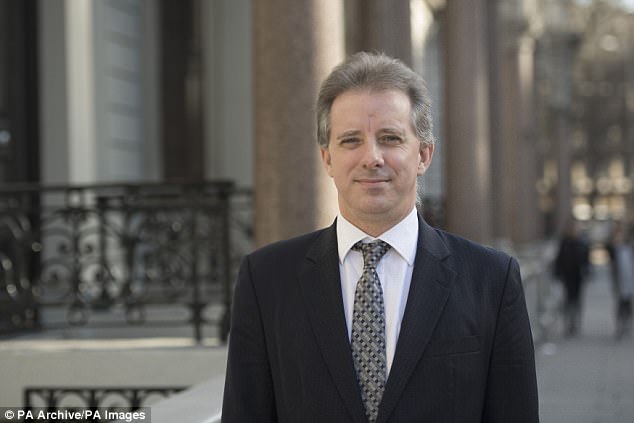 Christopher Steele, the former MI6 agent who set-up Orbis Business Intelligence and compiled a dossier on Donald Trump, in London 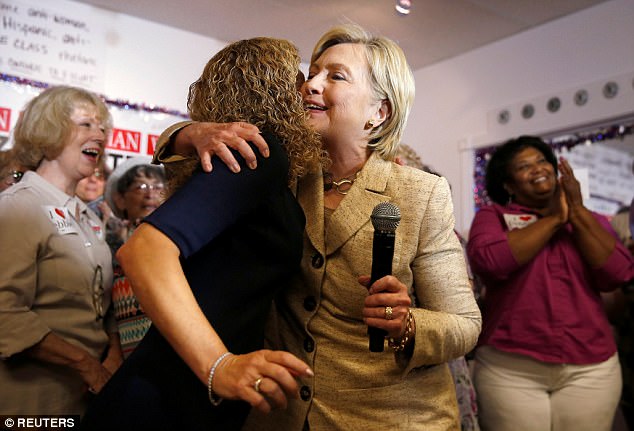 STRONGER TOGETHER: Hillary Clinton and Wasserman Schultz embrace at a field office for Wasserman Schultz in Davie, Florida, U.S., August 9, 2016. It was reported this week that both the Clinton camp and the DNC funded the dossier research

Wasserman Schultz rand the DNC through the summer of 2016, when she was forced to step down following revelations that stemmed from the hack of the DNC. Some internal emails appeared to show her leaning on the scales in favor of favored candidate Clinton over rival Bernie Sanders.

Her spokesman told the Hill,  “she was not aware of anything related to this research arrangement.” He did not provide additional comment at press time about who in the command structure would have known about such payments.

“I doubt that any of the leadership at the DNC was even aware,” a Democratic official told the paper.

Her permanent successor, Tom Perez, didn’t shed much additional light, having taken over after the election.

Asked by the Post’s Karen Tumulty if he knew what was in the dossier, Perez replied: ‘Well, again, you’re going to have to ask folks who were at the DNC at that time.’ 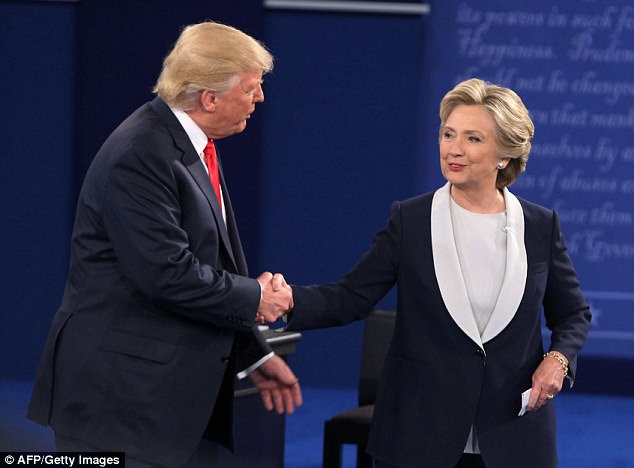 ‘Well, no. I mean I learned about the dossier a few days ago,’ Perez said.

He added: ‘We hire lawyers all the time who hire third party vendors to do their work and so we knew that we were paying for opposition research at the DNC but we didn’t ask questions about who they’re hiring in the context of doing the research.’

Perez continued: ‘I find this issue somewhat curious because here’s a news flash, candidates conduct research on their opponents and in the case of Donald Trump, the imperative for that is, to not do that is political malpractice. Why? Because Donald Trump refused to release so many documents.”

Trump has slammed the dossier as ‘fake news.’ It’s claims became a starting point as the FBI began investigating Russian interference in the U.S. election.

The Intelligence Community concluded that Russia was behind the hack of the DNC and Clinton campaign chair John Podesta.

Research compiled by Republicans revealed that the DNC paid Elias’ law firm of Perkins Coie $1.3 million for ‘Legal and Compliance Consulting,’ with no mention of digging up damaging material on Trump.

Elias’ bio at the firm mentions both his work for Clinton and the DNC.

‘Following the 2014 elections, Marc was appointed by DNC Chair Wasserman Schultz as a member of the Victory Task Force to review key components of the role of the Democratic Party–and related organizations—in recent elections and identify places where the party can strengthen and improve operations in future elections.’

Meanwhile, it has yet to be revealed which Republican Trump rival first hired Fusion GPS to start digging up dirt on Trump.

‘As far as whether it was my campaign. It wasn’t,’ he told CNN. ‘I was running for president I was trying to win. If I had anything against Donald Trump that was relevant and credible and politically damaging I would have used it. I didn’t have it,’ he added.