Watch as baby is caught after falling from Russian window

This is the shocking moment strangers caught a one-year-old in a blanket after he fell from a fifth-floor window.

A passer-by saw the child teetering on a window’s edge in the town of Arsenyev in south-eastern Russia’s Primorsky Krai region.

Quick-thinking witnesses grabbed a blanket to use as a net for when the baby fell.

After the baby plunged down to the ground below he was saved by the sheet, but sustained a traumatic brain injury and concussion.

A neighbour filmed the incident, capturing the boy falling with his arms and legs outstretched.

The baby’s mother allegedly fell asleep while she was watching him.

She is thought to have been looking after the boy alone for 24 hours.

Police thanked the witnesses for saving the baby’s life as he was rushed to hospital. 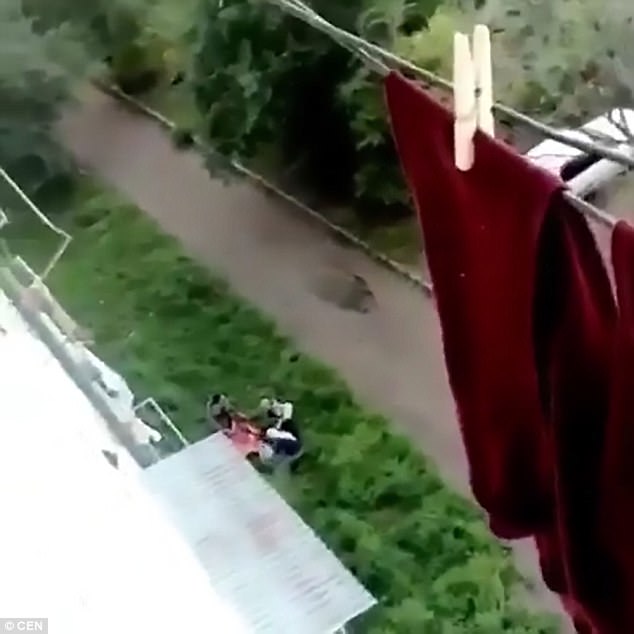 His mother has been charged with not performing her parental responsibilities and could be fined 80,000 rubles, which is £1,052.

Internet users were quick to comment after the clip surfaced online. 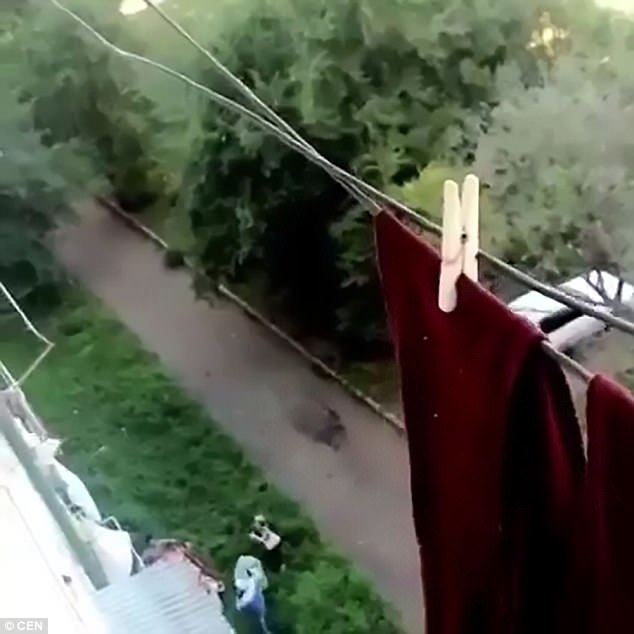 The passers-by save the baby with a blanket, but it was rushed to hospital with a brain injury

‘kulgavtsevpaha’ commented: ‘At least these people helped, usually they are only taking videos of accidents.’

The boy’s condition is not known.