Watches of Switzerland has said revenues soared by a fifth over the late summer despite travel restrictions damaging trade at its Heathrow and Gatwick airport stores.

Shares in the luxury goods seller shot up 21.1 per cent as it revealed revenues rose above £200million in the first ten weeks of the second quarter due to ‘exceptionally strong’ results in the USA, where year-on-year sales climbed 43.4 per cent.

Sales in its domestic UK market grew 12.6 per cent with online demand continuing a rising trajectory during lockdown to rise by half.

This counterbalanced the loss in earnings from tourists and airline travellers due to the coronavirus pandemic, and the decline in footfall at its London-based showrooms, which include venues on Bond Street and Regent Street.

The company, which is Britain’s biggest Rolex and Tag Heuer seller, now expects to make between £888million and £910million in revenue this fiscal year compared to previous guidance of £840million to £860million.

Chief executive Brian Duffy said he was ‘very pleased’ his firm performed well in ‘unprecedented market conditions. Our teams have done a fantastic job, responding positively and enthusiastically to these conditions.’

He added: ‘Furthermore, the strong momentum we have established in the US has further accelerated. All US regions are contributing to this positive trend.

‘Our guidance for the balance of the fiscal year assumes that the positive trend experienced in Q2 will be moderated by the impact of pandemic related retail disruption in the UK and the US and uncertainty in the US economy, impacting mainly in Q3.’

Watches of Switzerland operates six outlets at Heathrow Airport and one at Gatwick Airport’s North Terminal. Before the pandemic, the two airports served around 127 million passengers. 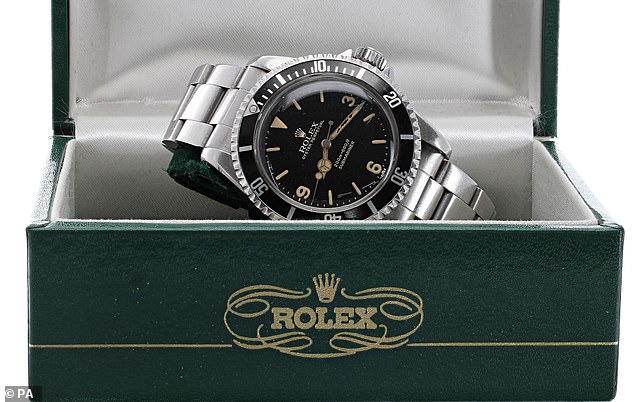 But international travel numbers have plummeted this year and strict quarantine rules have been put in place for those entering the UK to try and prevent the virus from spreading.

People in England can now visit only seven countries without restrictions. Many Britons have decided to take a staycation instead, which is partly why August passenger levels at both Heathrow and Gatwick were around 80 per cent down on the same month in 2019.

This has had a massive knock-on effect on Watches of Switzerland’s airport and tourism business. They now constitute only 9.2 per cent of second-quarter sales to date, against 32.5 per cent of group sales in the same period last year. 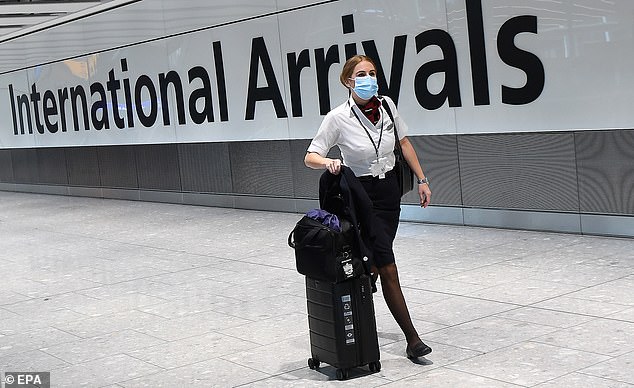 Airline travel has plummeted this year. This has had a massive knock-on effect on Watches of Switzerland’s sales, which now constitute only 9.2 per cent of second-quarter sales to date

Its earnings have continued to climb in spite of the lockdown though. Two months ago, Brian Duffy noted that the drop in tourism enabled the firm to better stock its provincial stores in cities like Manchester, Birmingham and Brighton.

He also remarked that wealthy Britons were taking advantage of the savings they built up during the lockdown period to splash out on luxuries.

Analysis published in late May by the New Policy Institute think tank estimated that the richest 20 per cent of households will have cut their spending by £23billion by mid-June with the next wealthiest fifth saving £14billion.

‘The very wealthy typically ride out uncertain economic times better than most so it is not a shock that the group is performing well,’ wrote David Madden, an analyst at CMC Markets.