Google’s driverless taxis will soon take to the streets after being given the green light in Arizona.

Its first publicly-available service is expected to be unveiled in Phoenix later this year after the state gave the plans the go-ahead.

Google’s driverless taxis will soon take to the streets after being given the green light in Arizona. Waymo, parent firm Alphabet’s self-driving car unit, will launch a commercial ride hailing service similar to Uber’s using the automated technology

Waymo’s application was based on the autonomous Chrysler Pacifica minivans the firm has been testing in five US states.

The company has been trialling a self-driving car service in Phoenix since April 2017, which lets passengers hail cars through an app for free.

With the application’s approval, Waymo can now start charging for the rides.

First to use the new service will be those who are already part of this public trial.

‘As we continue to test drive our fleet of vehicles in greater Phoenix, we’re taking all the steps necessary to launch our commercial service this year,’ a Waymo spokesman said in an emailed statement to Quartz.

While Waymo will not run the world’s first autonomous taxi service – an accolade snatched by Singapore firm nuTonomy in 2016 – the company will operate the United States’ first commercial self-driving cab fleet.

Waymo also began testing its self-driving service in Atlanta, Georgia, in January making it the 25th US city Waymo has tested its service in.

Among other cities the service is being tested are San Francisco, California, Detroit, Michigan and Kirkland, Washington.

The news comes after Waymo announced in January 2018 it was set to buy thousands more Chrysler Pacifica hybrid minivans.

The firm initially invested in a fleet of 600 of the minivans to carry out testing in five states.

The new deal, made between Google’s parent company Alphabet and Fiat Chrysler Automobiles, will expand upon this. 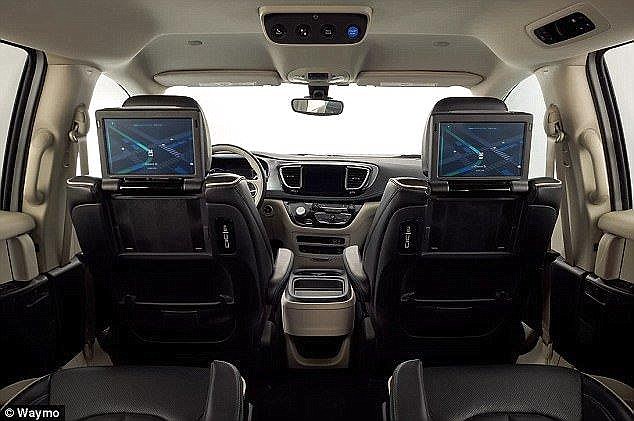 Its first publicly-available service is expected set to be unveiled in Phoenix later this year after the state gave the plans the go-ahead. This image shows an interior view from the rear of the car that will be used, a modified Chrysler Pacifica

Waymo showed off its self-driving Chrysler during a rare peek at a closely guarded testing facility located 120 miles southeast of San Francisco in October 2017. This image shows footage from the demonstration

The self-driving, ride-hailing service says the additional vehicles will support Waymo as it expands to more cities across the US.

The number of purchased vehicles has not been disclosed by either party, nor has the value of the deal.

The first deliveries are expected to start arriving at the end of 2018. 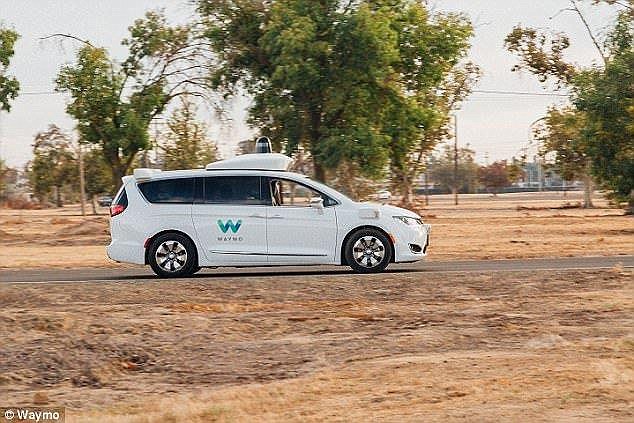 Waymo hopes the self-driving minivan that could revolutionise the way we travel. This image shows the automated vehicle being tested at the firm’s The Castle facility 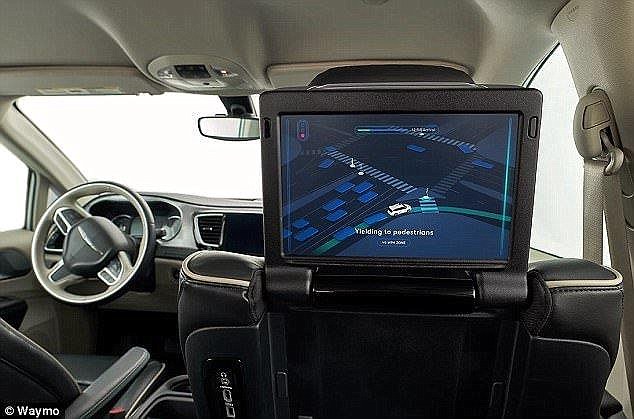 During the demonstration test, the minivan moved out of the parking lot and the screen showed passengers an avatar of the van moving along the track

‘Our partnership with Waymo continues to grow and strengthen; this represents the latest sign of our commitment to this technology,’ Fiat Chrysler Chief Executive Officer Sergio Marchionne said in a statement in January.

According to Reuters, the deal could put pressure on Uber and General Motors to speed up their efforts to start their own self-driving, ride-hailing services.

In LIDAR scanning, one or more lasers send out short pulses, which bounce back when they hit an obstacle. 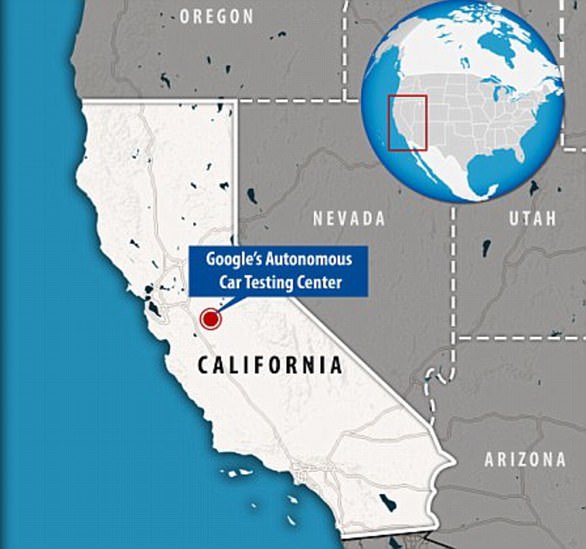 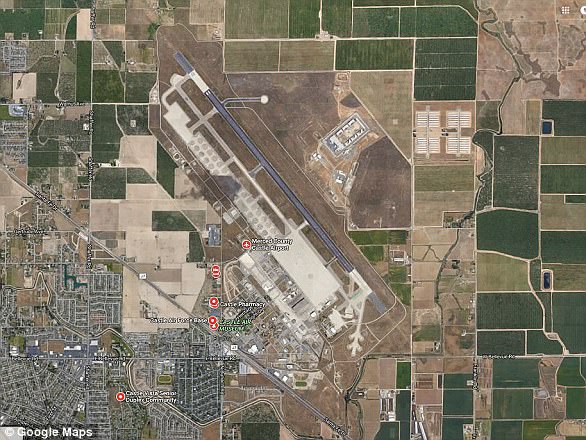