Helen Wood, 32, who has written a tell-all memoir detailing her sex romp with Wayne Rooney

Insiders say Coleen Rooney is furious at the prospect of Kai, nine, reading about his father’s sex shame in the forthcoming memoirs of Helen Wood, one of the vice girls who romped with the former England captain a decade ago.

The Mail on Sunday revealed last month how the book claims that a remorseful Rooney fought back tears as he showed Ms Wood a scan of his unborn eldest son moments after they had sex.

In an interview, the former prostitute said: ‘After we had sex, he brought up the fact that he was going to become a dad soon. I asked him if he was all right, and he replied, ‘I don’t know why I’ve just done that.’ ‘

Last night a source close to Coleen, 33, said: ‘This is all getting far too much for her now, but what is most important to her is that Kai will have access to this material online.

‘For her, the thought of him being able to see it is the worst. It is something that a child shouldn’t have to read about their father. 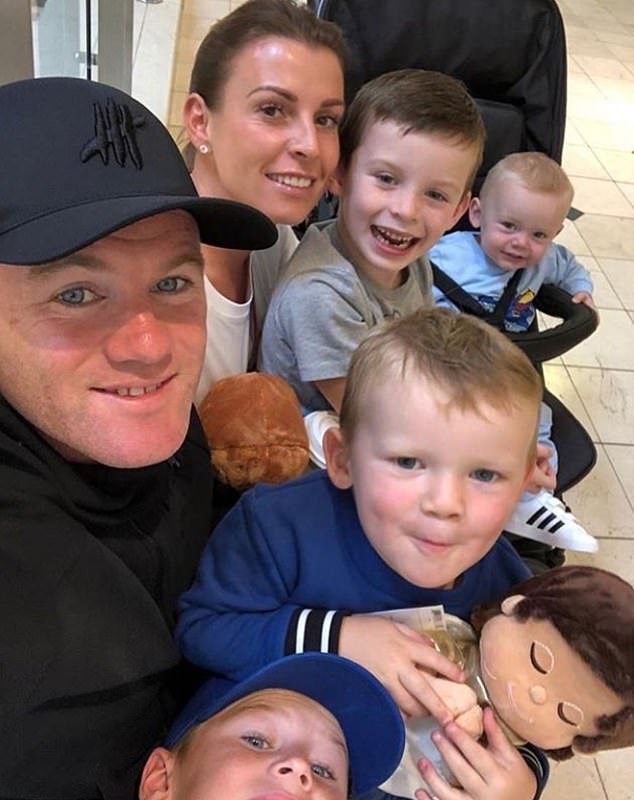 Wayne Rooney with his wife Coleen and their four sons. Insiders say Coleen Rooney is furious at the prospect of Kai, nine, reading about his father’s sex shame

‘Coleen knows it will be so hard for her little boy not to see it, but it will be beyond heartbreaking for him to read that his mother was pregnant with him when Wayne did this.’

Fears about the impact of the memoirs, entitled A Man’s World, have plagued the Rooneys for months.

It is understood they considered launching a legal bid to have the book pulped, but were warned by lawyers that they had little chance of success because so many details of the incident at Manchester’s Lowry Hotel were already in the public domain.

With the then five-months pregnant Coleen at home, Rooney – who was at the time one of Manchester United’s biggest star players – paid a total of £1,000 to Ms Wood and another prostitute called Jenny Thompson for sex in 2009.

Since then, however, she has been forced to endure a series of scandals including Rooney’s drink-drive ban in 2017 after being found at the wheel of a car owned by a woman he had met at a club. 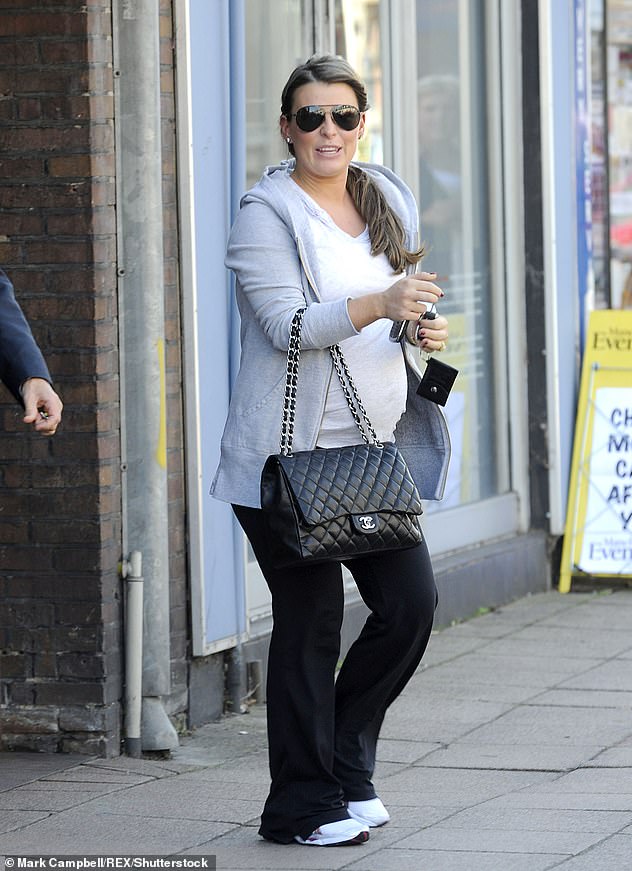 The 33-year-old footballer, who now plays for the American team DC United, was also fined last December after being arrested for public intoxication at Dulles International Airport, near Washington DC. Defending her decision to write the book, Ms Wood told this newspaper: ‘I don’t think it’s right that just because someone is a man and they have a lot of money, the truth doesn’t come out about them.’

She accepted that the revelations could be damaging to Rooney’s children and said she now understood why Coleen – who is mother to Kai, Klay, six, Kit, three, and Cass, 15 months – had stood by her errant husband. ‘I used to say that Coleen was crazy to stay with Wayne, but now that I’ve got older, I think no, they just don’t want to break the family up,’ she said.

However, the source said Coleen felt Ms Wood was a hypocrite. ‘Coleen is sick about the whole thing,’ said the insider. ‘She thinks it’s deeply unfair of Helen to do this, especially when she keeps reading that Helen is fed up with hearing Wayne’s name.’