Waze has yet to give an explanation as to why the app directed a group of tourists to drive into Lake Champlain earlier this month.

Tara Guertin of Connecticut loaned three of her friends into her car to take up to Vermont for a ski trip two weeks ago.

The group was heading back from doing some sightseeing in Burlington the night of January 12, when the accident happened.

On January 12, three tourists crashed into Lake Champlain when the Waze app directed them to drive down a boat ramp and into the lake. The SUV was pulled from the lake on Monday 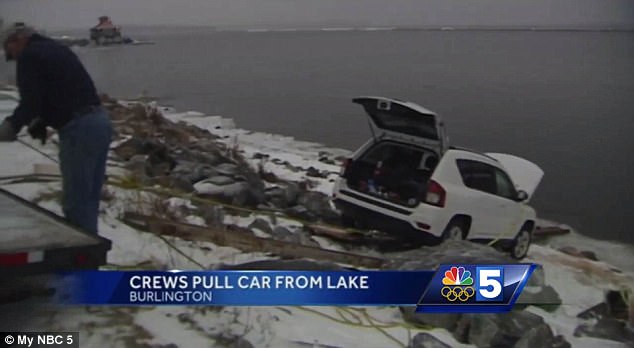 The driver of the vehicle said it was dark and foggy at the time, so it was hard to see where they were going 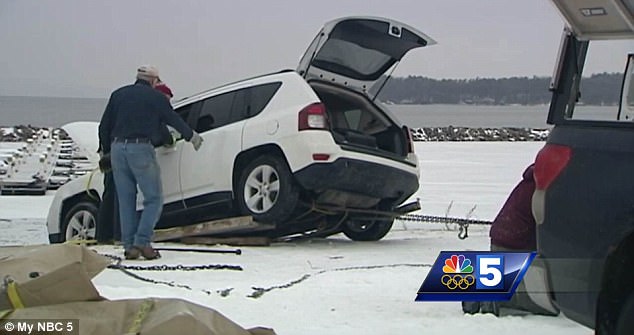 When they realized their mistake, the car had already slid about 100 feet out onto the lake 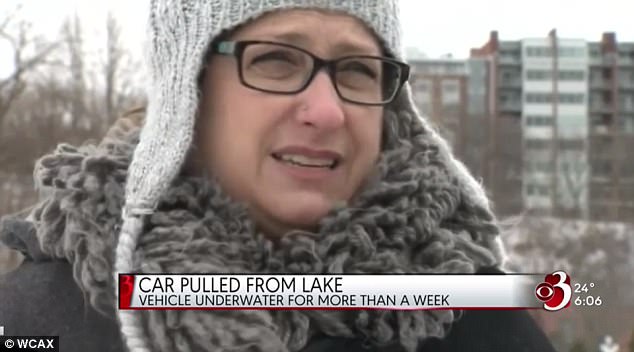 Tara Guertin, the owner of the car, said she thought the Waze directions were a one off mistake. But when she opened the app, it gave her the same results a second time

The driver, who has not been identified, was using the Waze app to get them back to their lodgings when it directed them down a boat ramp and straight onto frozen Lake Champlain.

It was dark and foggy so the driver didn’t know what had happened until it was too late.

Luckily, all three were able to scramble out of the vehicle before the SUV cracked through the ice and sank into the lake about 100 feet from shore. 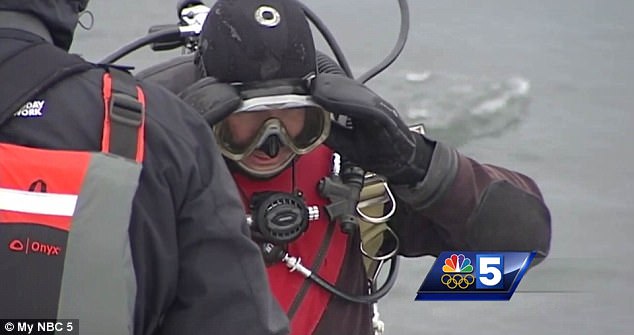 Dive teams were called to take the boat out of the water on Monday, breaking through ice to get to the vehicle 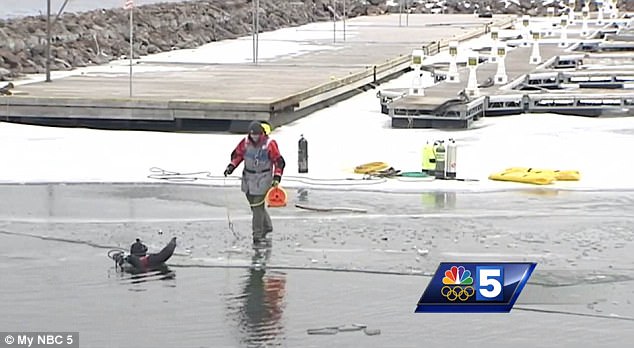 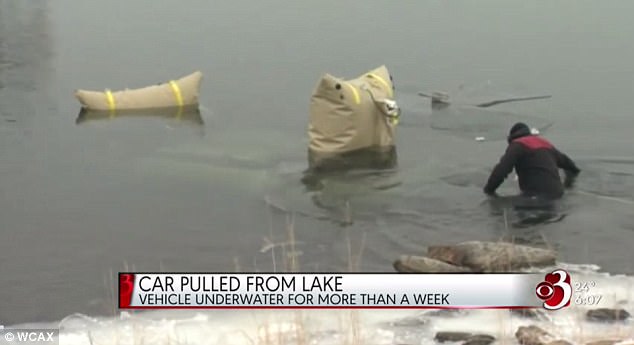 The car had flipped over in the water, and had to be righted on its wheels using a system of inflatable bags 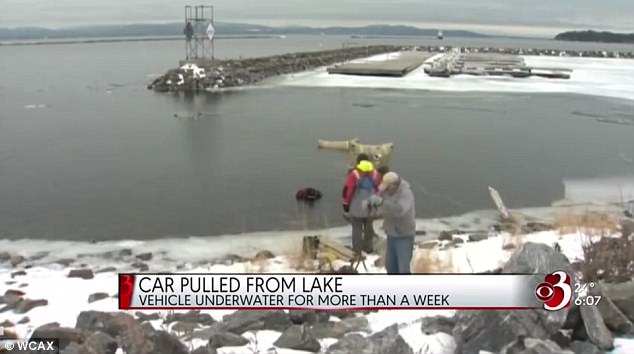 Once the car was right side up again, it was pulled out of the lake by a winch

At first, Guertin thought that the accident must have been a one-off mistake with the app.

But when she used it herself after the accident, she says she was given the same faulty directions.

Julie Mossler, a spokesman for Waze’s parent company Google, said they were unable to explain the accident.

‘It’s impossible to comment here without seeing the user’s driving file and we haven’t received permission to do so- generally speaking, Waze maps are updated with millions of edits to adapt to real time road conditions daily, often making them the most accurate available,’ she told the Burlington Free Press.

She added that drivers should ‘keep their eyes on the road and use all environmental information available to them to make the best decisions as they drive.’

The SUV spent about a week in the lake before dive teams pulled it out on Monday.

Since the SUV had slipped under water, it had to be turned over using a system of balloons. Once it was righted on its wheels, it was pulled out by a winch.

Inside were the group’s ski gear and a six-pack of some of Vermont’s local craft beer.

The driver has not been charged or cited for the incident.

A police report says that the driver admitted to having one beer at the nearby Foam Brewery before driving, but that he consented to field sobriety tests and did not appear to be intoxicated.