‘We needed to dominate and I think we did’: Mohamed Salah hails Liverpool’s win at Manchester United

‘We needed to dominate and I think we did’: Hat-trick hero Mohamed Salah hails Liverpool’s sublime win at Manchester United… as Graeme Souness insists there is NOBODY he would swap the Egyptian for

Liverpool forward Mohamed Salah was left delighted after his side humiliated Manchester United 5-0 at Old Trafford on Sunday.

The Egyptian scored a hat-trick for the second consecutive weekend after Naby Keita and Diogo Jota gave his side a 2-0 lead after just 13 minutes to leave the home crowd shell-shocked.

Salah also managed to get an assist and he hailed the Reds sublime win as he admitted he could have gone solo in the build-up to Keita’s opener. 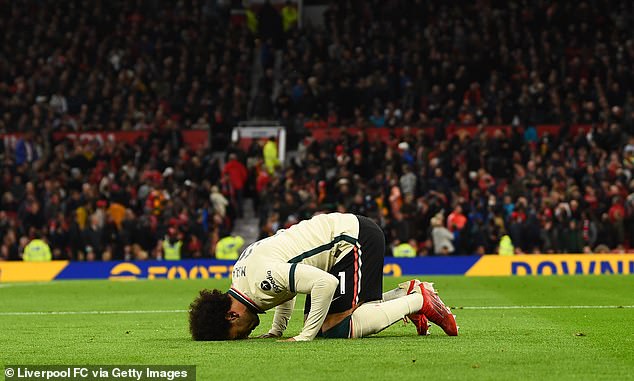 Salah told Sky Sports: ‘I think it’s great to win 5-0 here. We knew before the game it would be tough if we didn’t play our football. We managed to do that from the beginning which made the game a bit easier.

‘We knew they would come and would try to give everything to win the game so in our heads we had to be 100 per cent, we needed to dominate the game and I think we did it.’

Asked about his personal run of goalscoring form, the 29-year-old said: ‘As long as the team keep winning, I’m more than happy. I’m always trying to give assists.

‘The first one I could go alone but I gave it to Naby (Keita), so I think I’m trying always to give my best for the team to win, which is the most important thing.’ 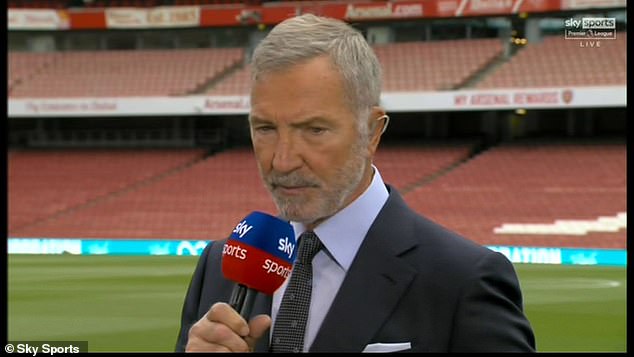 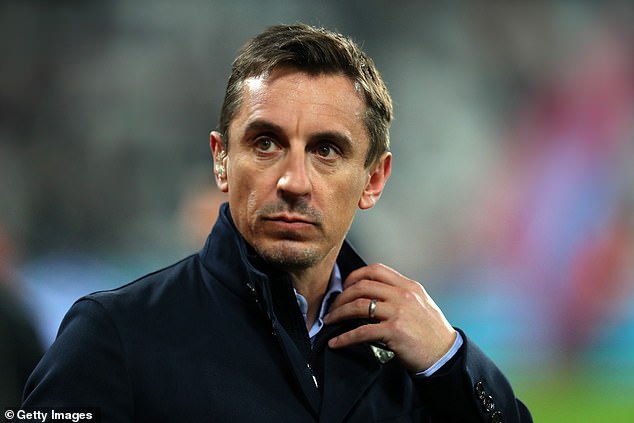 Salah’s performance impressed former Reds midfielder Graeme Souness who said:  ‘He’s on fire, he’s the best striker right now. If you had to swap him with anyone, you wouldn’t do it. He’s the best this season, it’s nice to watch, a delight to watch.’

Gary Neville was also full of praise for Salah. He said: ‘He’s a player who decides when he wants to win a game. He’s at his peak, very rare you see players like that in the Premier League, when they are at their very best.

‘He is unbelievable, Alisson is exactly the same along with van Dijk.’

Following his Hat-trick on Sunday, Salah has now scored a remarkable 15 goals in just 12 games across all competitions this season.