An weathergirl was forced to confront a bystander in Argentina after her colleagued noticed that he was filming her from behind while she carried out a live broadcast.

Sol Perez, 25, was reporting for the TV programme ‘Gente Opinando’ when presenter Pollo Alvarez stopped the discussion to point out the disturbing behaviour of the man in the crowd.

In the footage, Perez is seen broadcasting from a coastal resort as Alvarez says: ‘We are not going to have this discussion now and we’ll let it go, but I did not like what he was doing.’ 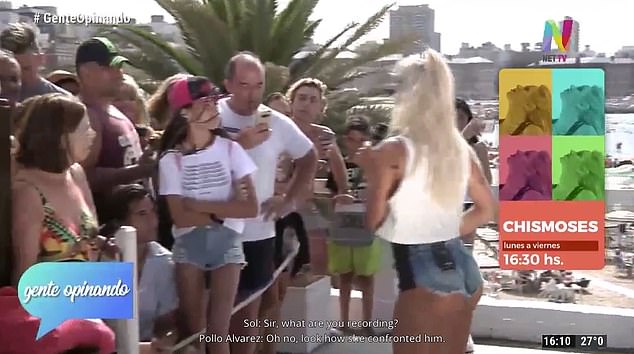 Perez then confronts the man, who is unapologetic and said he had been filming her ‘to show his workmates’

The blonde weather girl seems to understand who her colleague is referring to and immediately turns to confront the smirking man, asking: ‘Sir, what are you filming?’

Alvarez is heard saying: ‘Oh no! Look, she is confronting him.’

The man replies: ‘I am sending this to my workmates.’

Perez says: ‘Okay, but what were you recording? Because I had my back turned. The guys there (in the studio) saw that you were filming things that were not okay to be filmed.’ 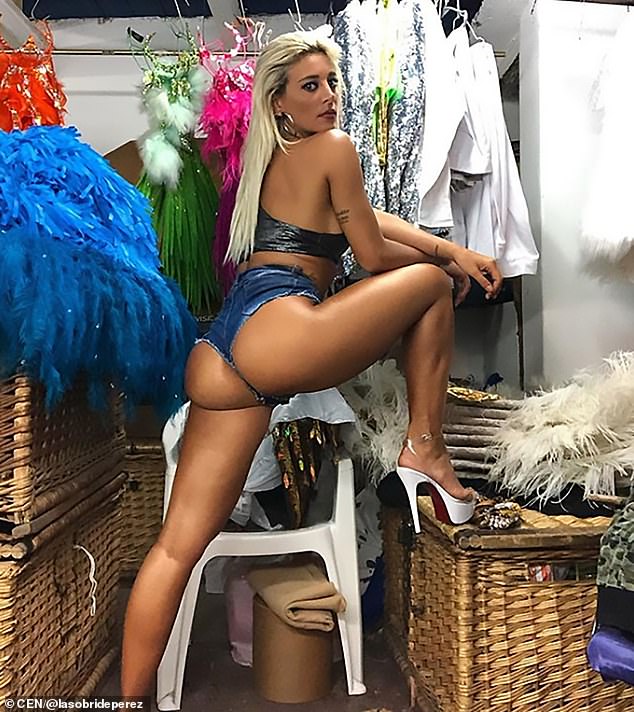 People online were divided over the incident with some saying that she uploads photographs of her behind on social media, while others agreed that the man was in the wrong 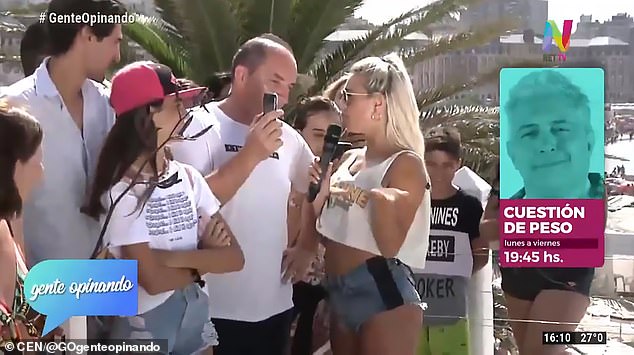 Perez is a 25-year-old weathergirl, who reports for the TV programme ‘Gente Opinando’. She also has almost four million followers on Instagram

He responds: ‘And are you going to let me stand over there to film?’

Not everyone online agreed with Perez and Alvarez, with ‘Luis Paolo Rossi’ asking: ‘Why does she constantly promote her bottom (on social media) if she does not want it photographed? Or is he expected to pay her for copyright?’

‘Neuquino Nyc’ added: ‘She is famous for showing off her bottom and is then bothered by something like that!

However, ‘MarulaMora’ commented: ‘The guy did wrong.’