A DJ from Pennsylvania has been charged with stealing at least $600 at a wedding reception – but the couple insist that the stolen sum was considerably higher.

State police say 38-year-old Edward McCarty told them he was in dire financial straits when he swiped envelopes containing greeting cards and cash from Jeremy and Ashley Karasek’s July 29 wedding in Yukon, Pennsylvania.

Ashley Karasek, a stay-at-home mother-of-two, tells KDKA-TV that McCarty did a good job as a DJ, but rushed off after the reception. 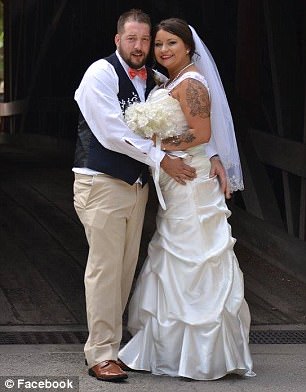 Jailhouse rock: DJ Edward McCarty (left) must stand trial or work out a plea deal on charges he stole at least $600 in gifted money at the July wedding of Ashley and Jeremy Karasek (right) 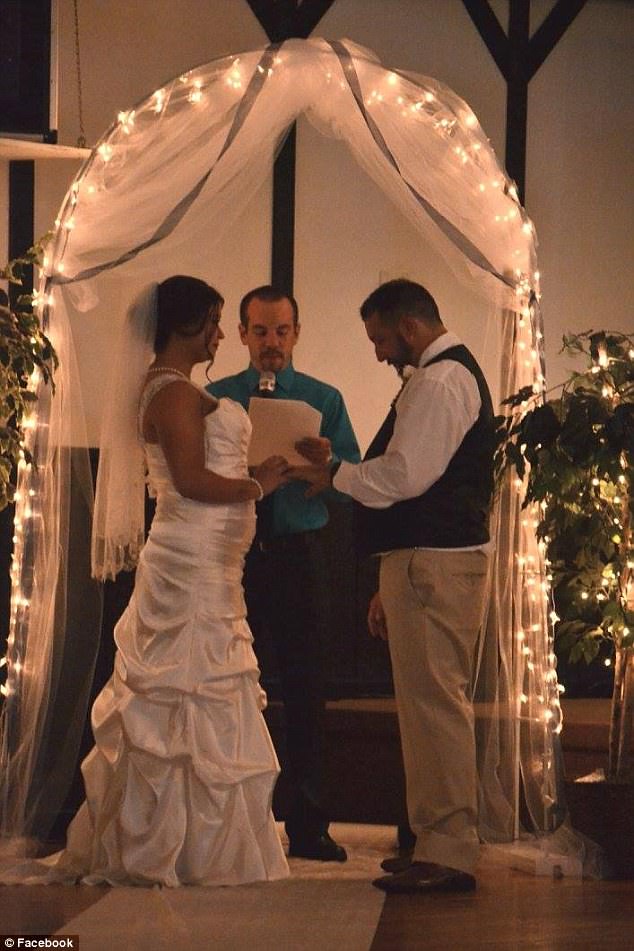 She and her newlywed husband later discovered that the fleet-footed wedding vendor had lifted all but 12 cards the couple received from 150 guests.

During the Karaseks’ wedding reception, they had a gift box positioned behind the DJ’s stand, and arriving guests would come up to McCarty and hand him the greeting cards containing money.

‘He said he threw the cards away, so we won’t even get those back,’ Ashley lamented. 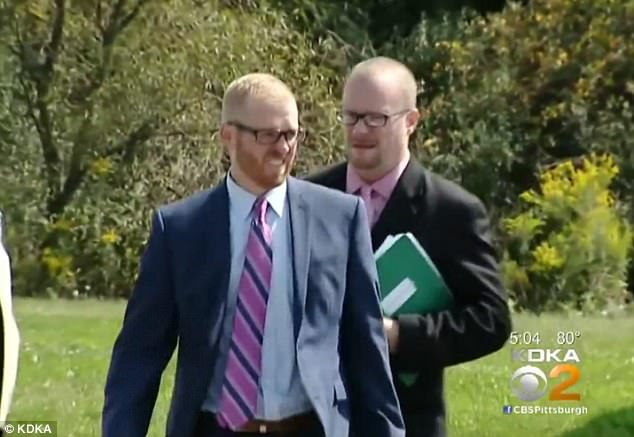 McCarty (in the foreground) told police he was having financial problems when he lifted the card gifted to his clients, the Karaseks 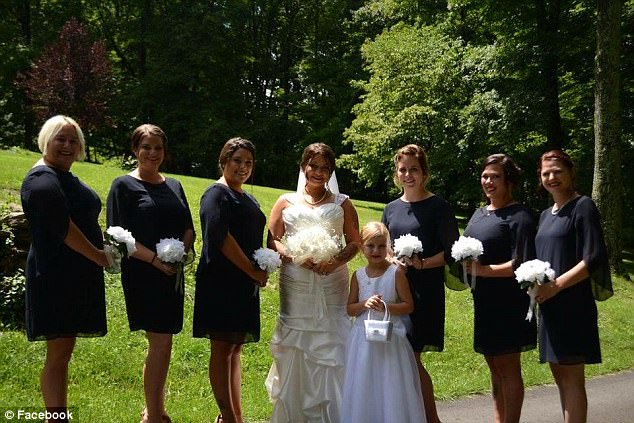 Ripped off: Ashley (pictured with her wedding party) later discovered the DJ had swiped all but 12 cards the couple received from 150 guests 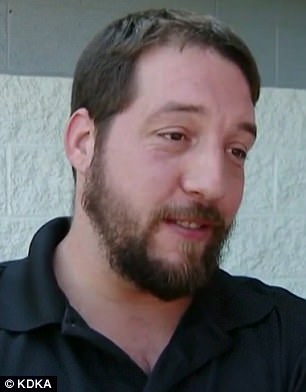 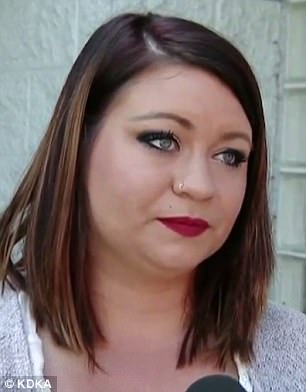 Newlyweds: Jeremy (left) and Ashley (right) were hoping to use the money from the wedding to put a new roof on their house

Karasek believes the couple lost about $5,000, but police say McCarty estimates it was about $600.

The young couple, who have a son and daughter, say they were hoping to use the money from the wedding to replace the roof on their house.

On Wednesday, McCarty waived a preliminary hearing on theft charges. He is scheduled to be formally arraigned on November 8.

The 39-year-old DJ now must stand trial or work out a plea deal in the case.