Wedding guests reveal the WORST bridezillas they’ve ever come across

Weddings involve a lot of organising – and depending on how you handle stress – can bring out the very worst in people.

And now a group of shocked wedding guests have come forward to share the most outrageous things they’ve witnessed at a ceremony.

From stealing alcohol at the reception to making the bridal party were tacky outfits; things seem to go from bad to worse for these innocent individuals.

The thread of confessions on Facebook start off fairly tame with a selection of wardrobe fails.

‘I know it’s common but if your idea for bridesmaid dresses is, well, unique… You should pay for it. A $300 hot pink peplum is not okay,’ one woman said.

‘The bride had us all buy purple converse sneakers because it’d be such a hoot to wear them in pictures especially because he mother would not approve. Not the worst thing. Just super annoying,’ another added.

Some brides showed up four hours late and then demanded guests help with last-minute preparations while others had unbelievable requests of their party.

‘My girlfriend will have a newborn at her best friend’s wedding, which she was a bridesmaid in,’ a young woman began.

‘About three weeks ago she was told the baby could not be there. Then a couple of days later she was told “it would be better for her mental health” that she not be a bridesmaid either.’ 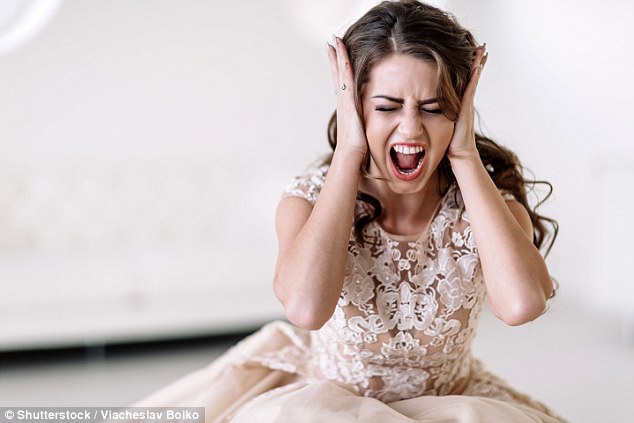 Another said: ‘The bride told the bridal party that she expected nothing less than $500 from each person in the bridal party as a gift in hopes to receive back as much as they paid for the wedding.’

Others decided to crowdfund their wedding by creating a website while some of the maids were asked to bind their breasts because the bride wanted to be the largest chested person there.

Then the confessions got darker and more disturbing.

‘A bride told me she had demoted her maid of honour (also her sister) to dessert table attendant because she didn’t want her “miracle baby” distracting from the wedding,’ one said. 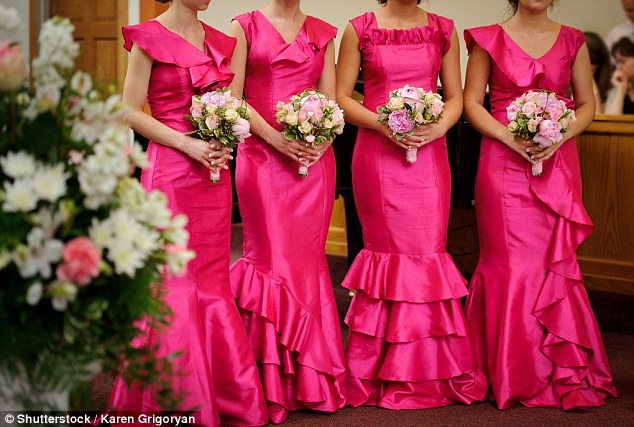 An individual who worked for a catering company had a disastrous story to tell.

‘The bride took a sh*t in the dining room. Then blamed it on her infant nephew,’ she said hilariously.

‘A bride got super drunk and started stealing bottles of alcohol from the bartender claiming that “she paid for the bar service so all of the bottles belong to her” (not true, by the way),’ another story began.

‘When the bartender tried to reason with her and explain the bottles weren’t hers to keep she threw them at him. And yes, he did get hit; glass everywhere. He was okay luckily.’

‘I went to a wedding where the bartender worked only for tips. The bride’s aunt took all the tips at the end of the night for the couple’s “honeymoon fund.” The couple did not object.’