A video has emerged of a groom taken to hospital on his wedding day after his friends ‘blew up’ his bottom with fireworks for good luck.

Video footage shows the man, from Guangzhou, tied to a lamppost with the box of fireworks strapped to his backside, with a long line of fireworks along the ground.

Tied up: The ‘victim’ was tied to a lamppost with the box of fireworks strapped to his back 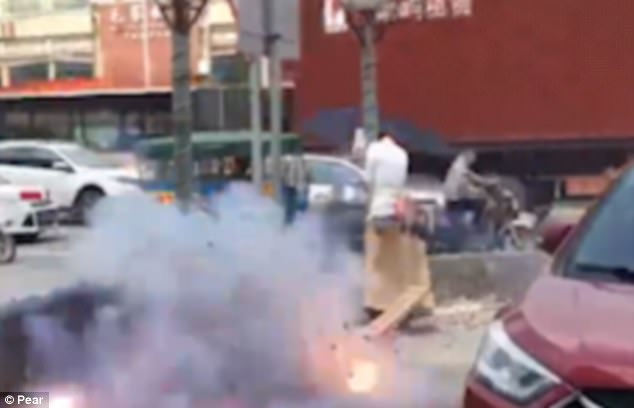 False prank: Smoke from the firecrackers engulfs the best man as he is tied to the lamppost

Video footage shows the ‘groom’ tied to a lamppost with the box of firecrackers strapped to his back.

The clip then shows the fireworks being lighted by his mates before a trail of smoke wraps the helpless ‘groom’ as he is subjected to a burst of bangers.

Reports of the wedding prank were confirmed false. The man featured in the video spoke to a reporter on October 10 confirmed that he was not the groom but the best man.

According to Guangzhou Daily, the video made it appear that only after the smoke had cleared the friends realised the groom was bleeding heavily from his backside, with the fireworks having ‘blown his buttocks up’.

The firecrackers attached to his butt were in fact DIY homemade props. 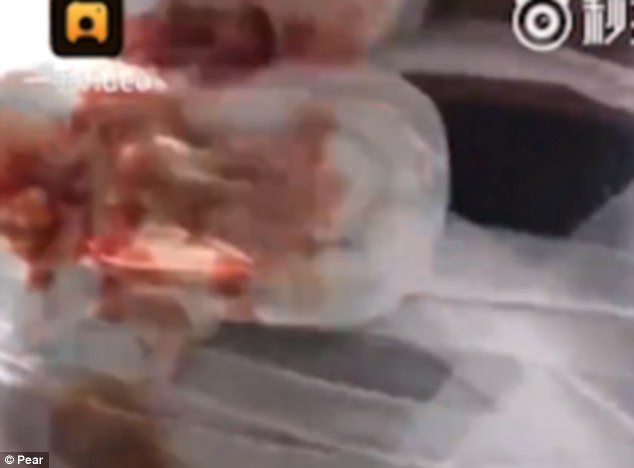 Pain in the butt: Photos on social media showed ‘blood’ smeared on the back of his white shirt

Photos on social media showed ‘blood’ smeared on the back of his white shirt and trousers, he confirmed that the bleeding was fake and is actually tomato ketchup.

Reports said he was taken to hospital and treated for burn injuries. The prankster confirmed he was not actually injured.

The man said to the reporter he will now carry out safety education among the village and promote the importance of safety procedures when lighting firecrackers as the video garnered so much social media attention in China. 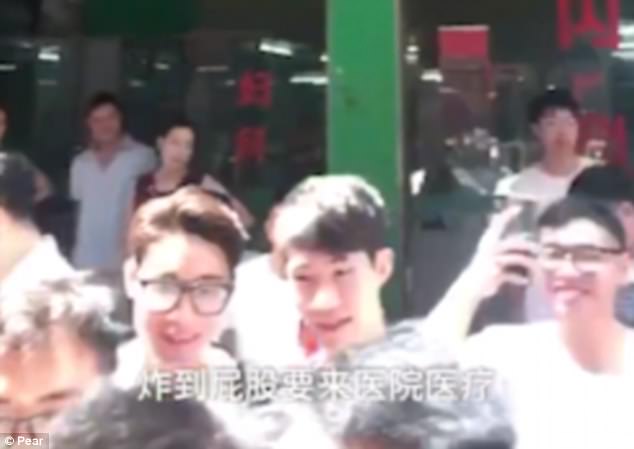 Onlookers: The painful ‘prank’ happened on the man’s big day in front of family in south China