Wedding pictures have long been defined by ceremony: a bride walking down the aisle, a couple at the altar, bridesmaids and groomsmen in a diligent line, posing on request for the photos afterwards.

But what happens behind the scenes, as those nearest and dearest to the bride and groom help them prepare to say ‘I do’?

The answer can be found in the work of Sydney photographer Jennifer Allison, who aims to tell the story of a couple’s big day from beginning to end with her documentary style to wedding photography.

‘You’re getting more truth from the images you create by taking that approach,’ the 32-year-old Jennifer, who runs Next Chapter Photography, told Daily Mail Australia. 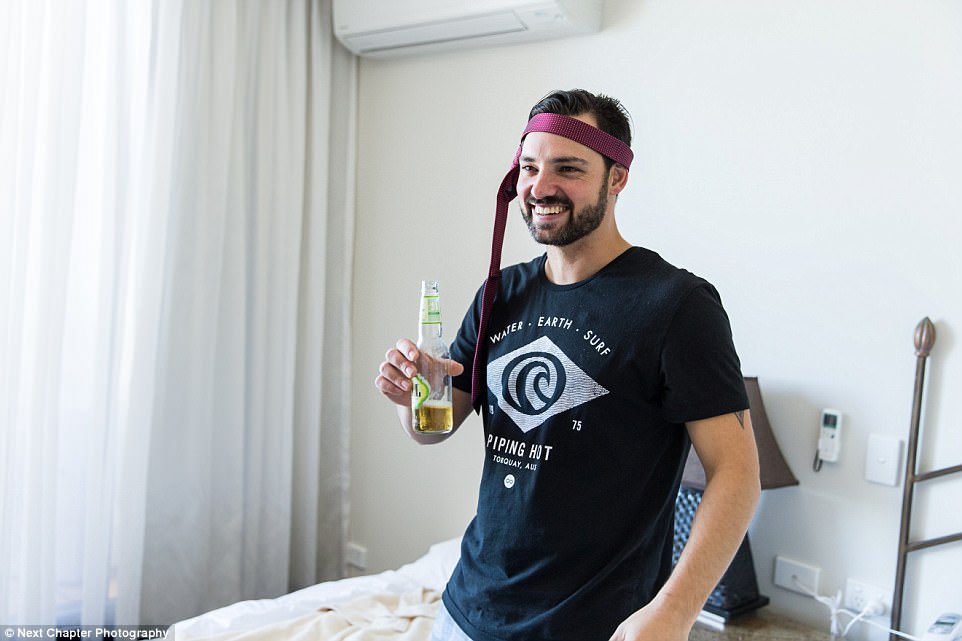 She did just that for a couple named Emma and Cameron (pictured), who brought their friends from across Australia and England to tie the knot at a destination wedding in Mackay, Queensland earlier this year 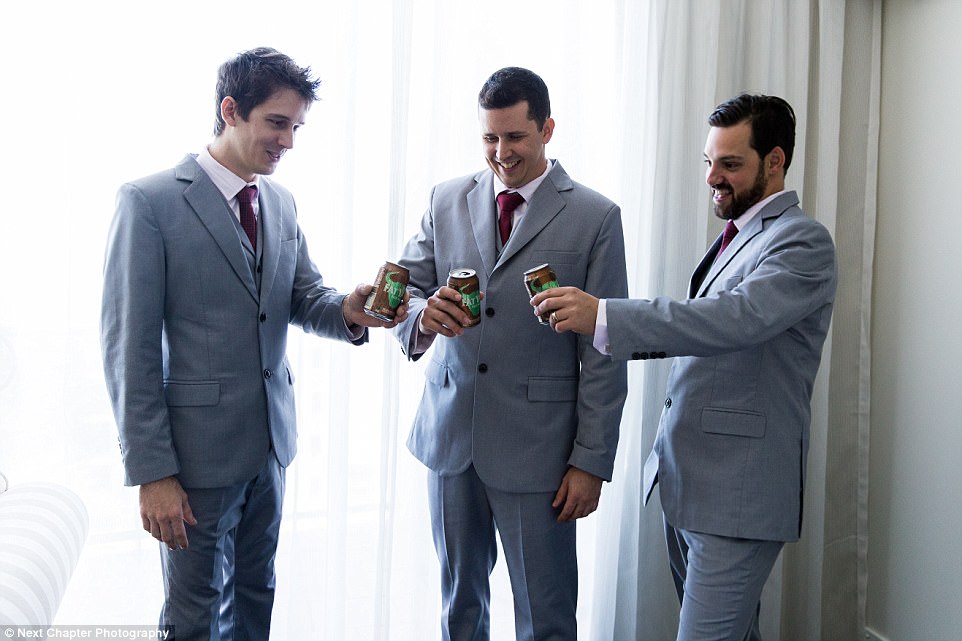 Jennifer was clicking away as Cameron wrapped a tie around his head, drinking a beer with a huge smile on his face as his groomsmen knocked back a few cans

She did just that for a couple named Emma and Cameron, who brought their friends from across Australia and England to tie the knot at a destination wedding in Mackay, Queensland.

The couple and their wedding party were only separated by a single wall as they got ready for the big day, which made it easy for Jennifer to capture a slew of candid images that were sweet, funny, and heartwarming.

Jennifer was clicking away as Cameron wrapped a tie around his head, drinking a beer with a huge smile on his face as his groomsmen knocked back a few cans.

And they weren’t the only ones enjoying some drinks. The bridesmaids happily had a few Fat Yak beers of their own as the groomsmen tried to get a peek of their festivities through the shared door. 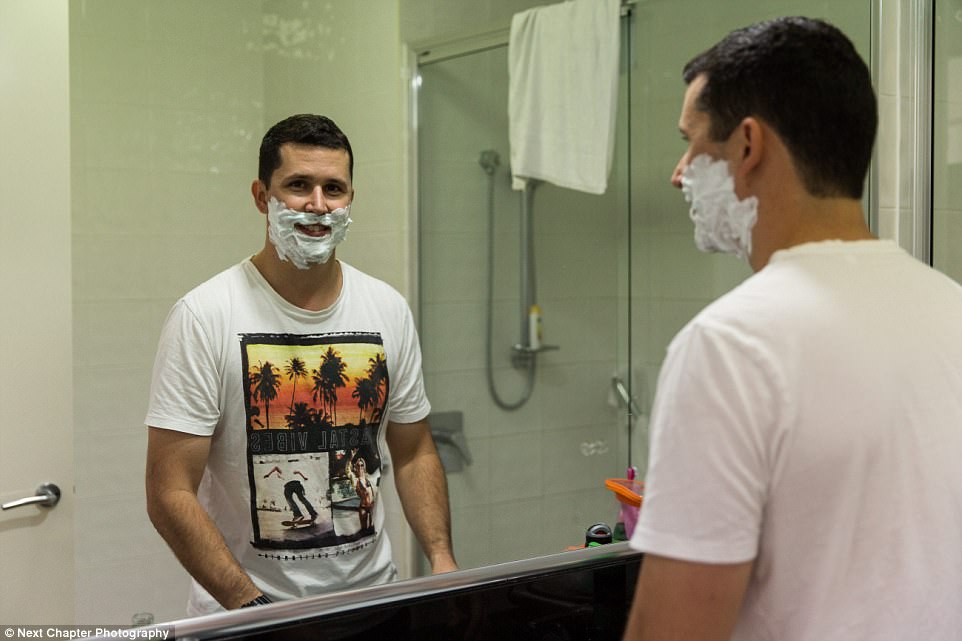 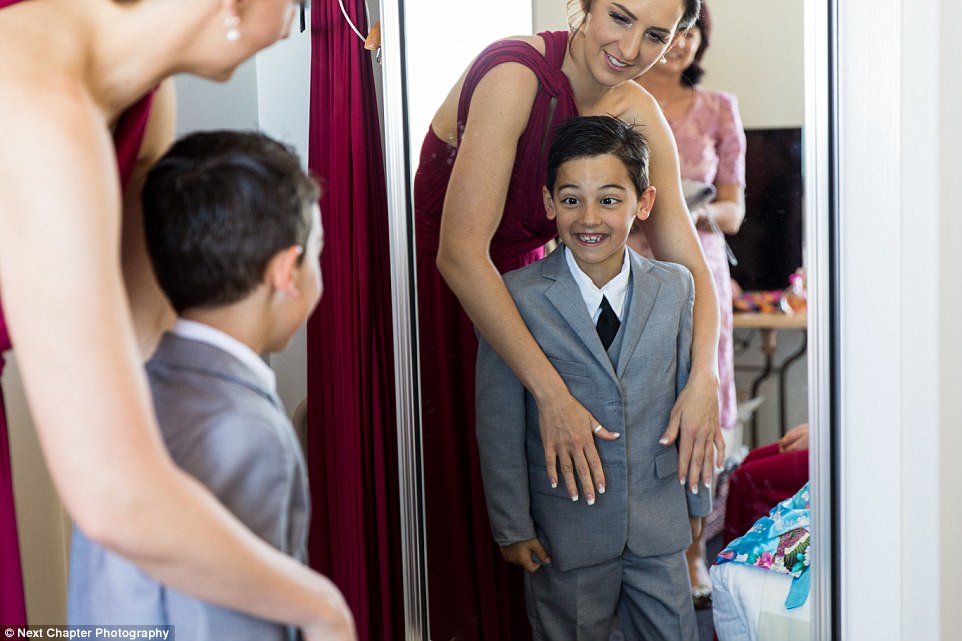 There were plenty of great pictures with the couple’s children as well, who clearly had fun as their parents got ready 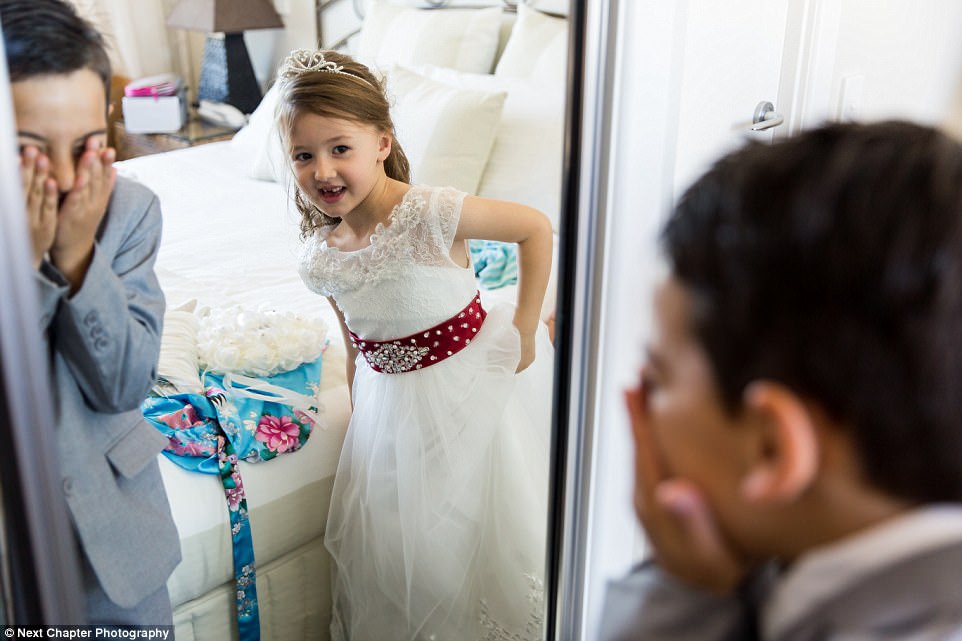 Jennifer captured the children’s first adorable glance at their mother in her gown, and the bride’s daughter’s brief moment of jealousy as she had to watch her brother look at the wedding rings.

‘You’re always keeping your eyes open for those hidden moments the bride and groom may not even see during the day, and capturing that so they can relive those happy moments for the rest of their life, really,’ Jennifer said.

To keep her photography as natural as possible, Jennifer said she always tries to stand back and let the day unfold in front of her.

‘I’ll have some ideas in my head for some awesome shots, but I’ll take as little time as possible with the couple so I can get them back to their day,’ she said.

‘It’s about not being intrusive, not pushing anyone around, but standing back and stepping in only if needed.’

‘If you’re creating images and poses, people will be staged and they won’t be relaxed,’ she added. ‘That’s not what they’re going to remember on the day.’ 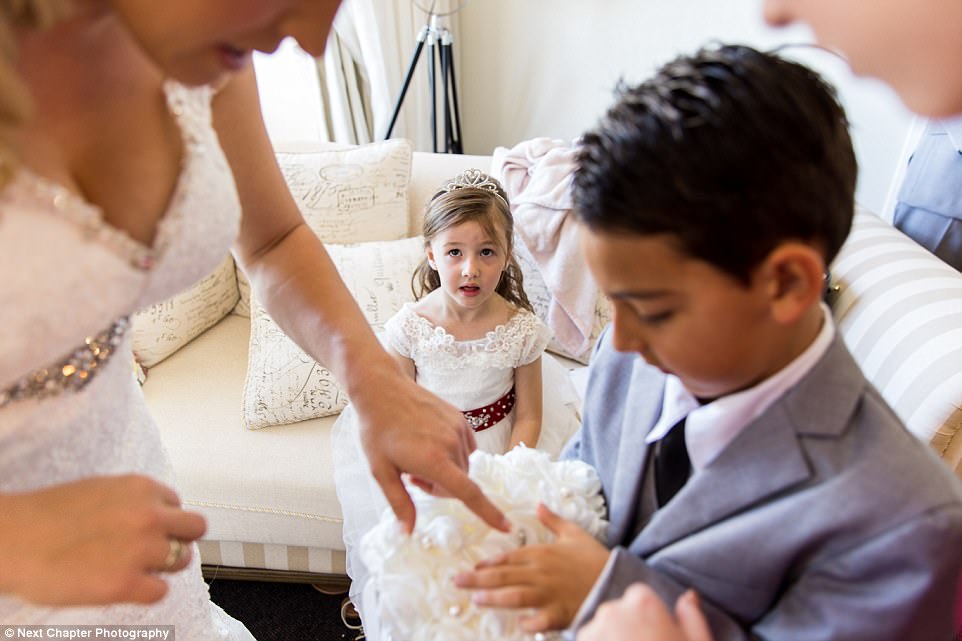 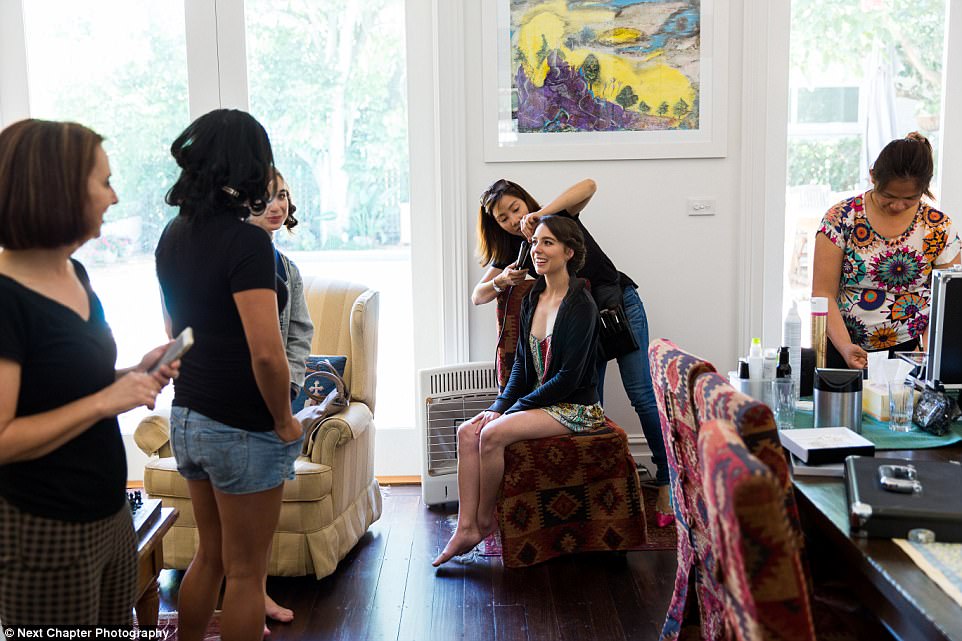 Jennifer was also able to capture some of these more intimate moments at the wedding of Aristea and Josinaldo, who traveled to Sydney from America to tie the knot in a traditional Greek wedding 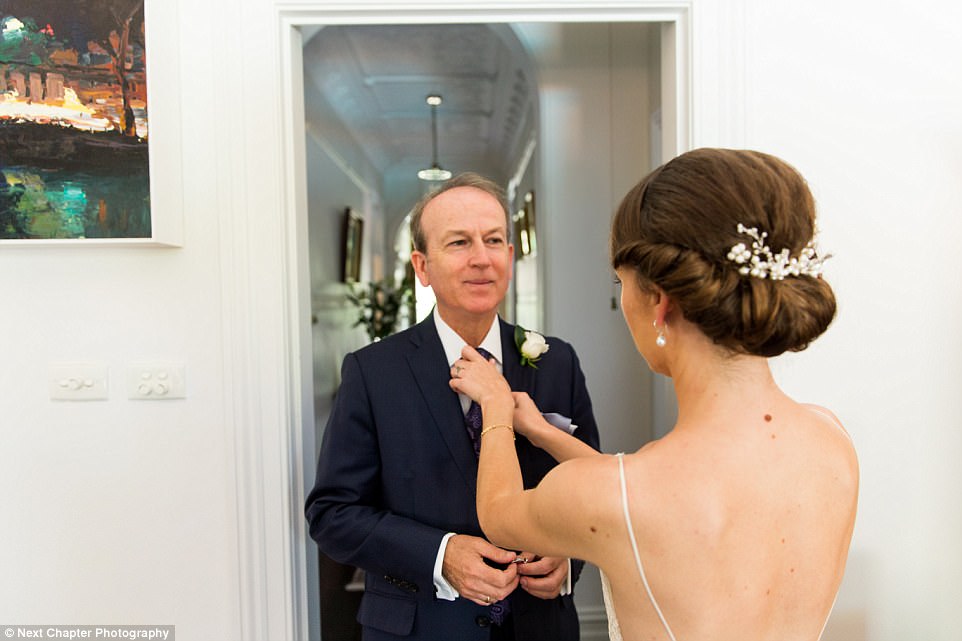 ‘They want to remember what they felt during a moment. That’s what they’re going to take away and feel when they look at the images.’

Jennifer, who has been a wedding photographer for five years, has always loved taking pictures of both the bride and groom before they say ‘I do’, when they’re surrounded by their best friends and family.

‘You can capture some of the more quiet moments and more fun moments,’ she said. ‘It’s just that time to get the bride and the groom on their own while they’re getting ready and getting their personalities.’

‘Some are quiet and calm, some are really excited. And I think it’s good to get both sides as well. The focus is often on brides but it’s nice to take that time to get photos of both them and the people they want to be with before they take the plunge and walk down the aisle.’

Jennifer was able to capture some of these more intimate moments at the wedding of Aristea and Josinaldo, who traveled to Sydney from America to tie the knot in a traditional Greek wedding. 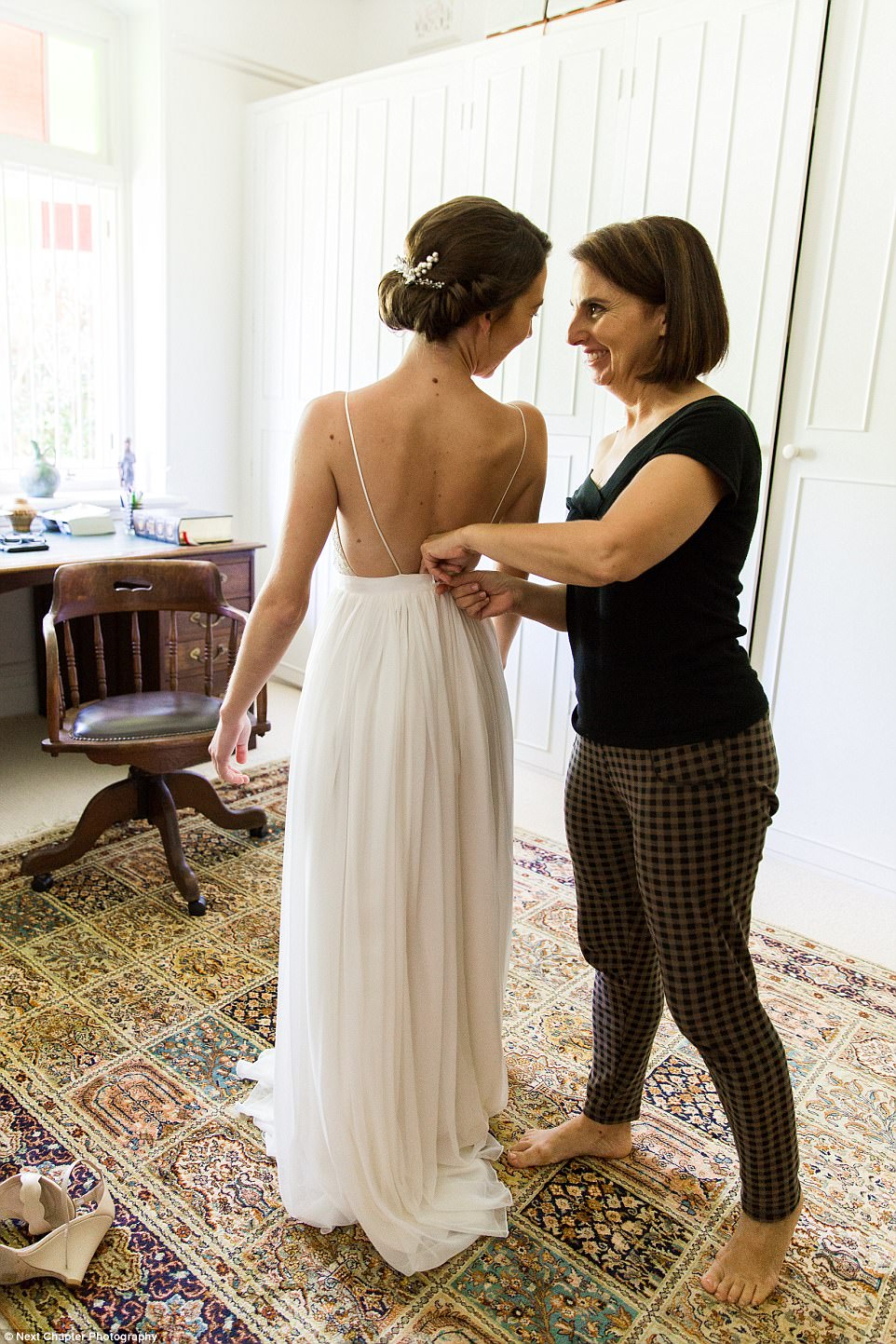 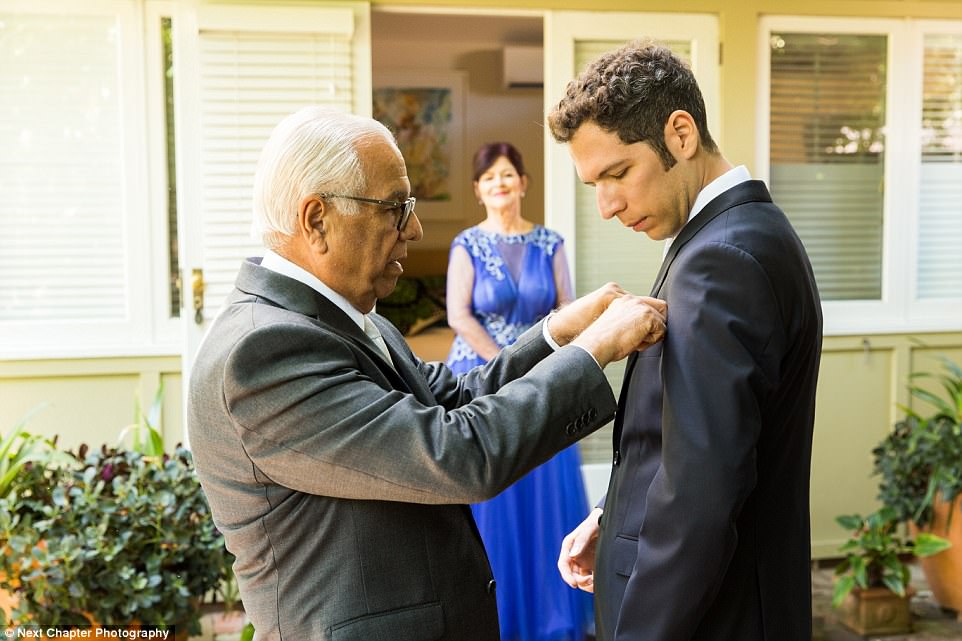 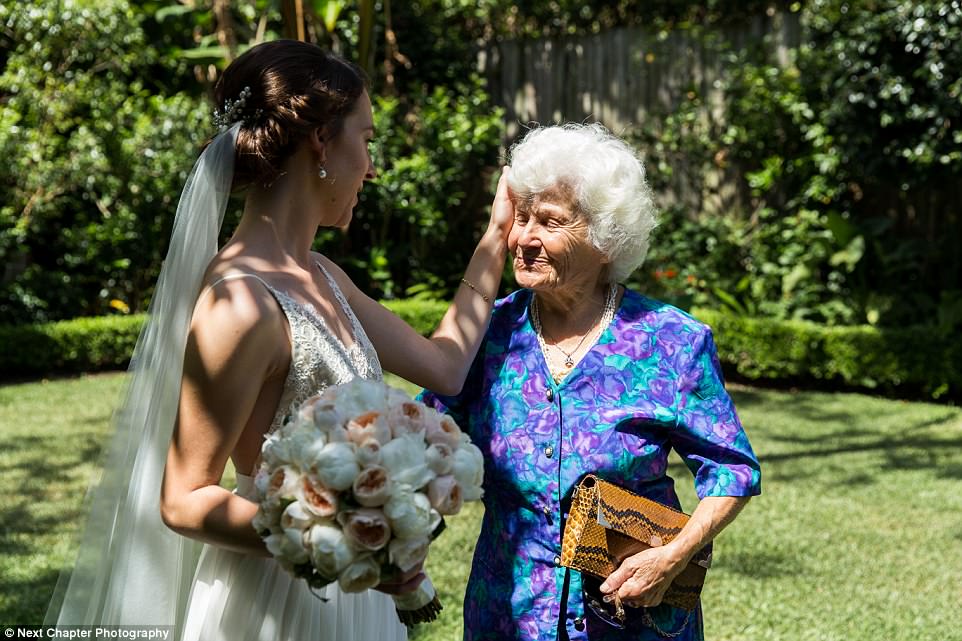 There is the moment Josinaldo’s mother looks on adoringly at her son as her husband fixes his suit. Or when Aristea’s mum adjusts her daughter’s wedding gown, grinning from ear to ear.

The emotions are also plain to see as Aristea helps her father with his tie before walking down the aisle, and lovingly shares a tender moment with her grandmother.

These images may seem still and quiet in their immediacy, but what Jennifer has always loved about wedding photography is how fast-paced it actually is as she continuously searches for emotion to capture.

‘You can’t predict what’s going to happen in the day, so it’s that kind of documentary style,’ she said.

That’s one of the reasons why Jennifer especially loves taking pictures during the speeches at wedding receptions.

‘Everyone is quite relaxed as significant people in the bride and groom’s lives share stories,’ she said.

‘Everyone’s having a bit of a laugh and by that point they’re not conscious of the camera, no one knows you’re there.’ 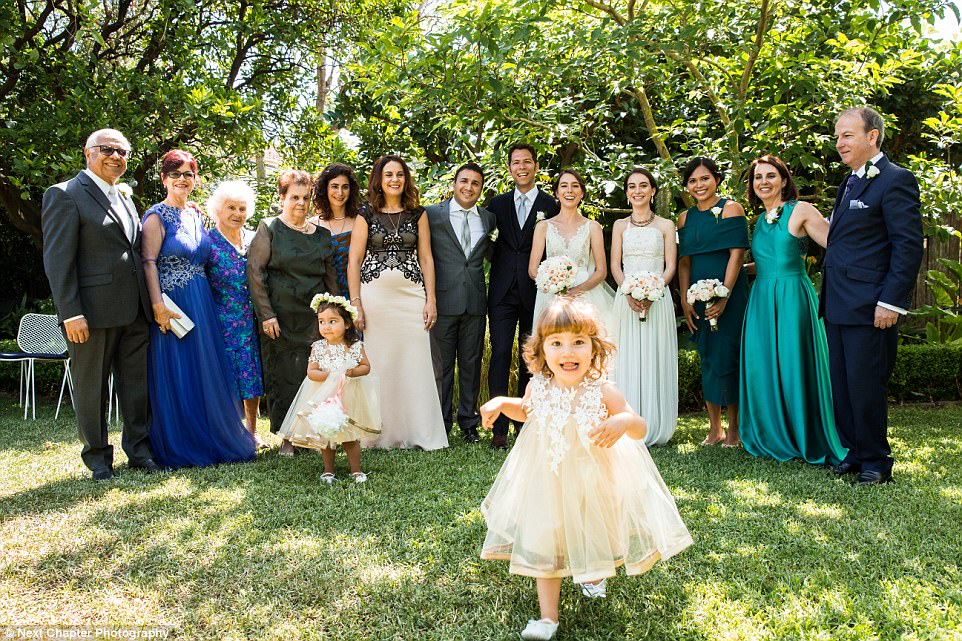 To keep her photography as natural as possible, Jennifer always tries to stand back and let the day unfold in front of her