Wedding singer allegedly spat on cop and kicked him twice

The singer for a wedding band allegedly spat and kicked a policeman as he lay on the ground during a violent assault caught on camera.

Jules Jerome Tobin, 26, of St Kilda was arrested by police and fronted the Melbourne Magistrates’ Court with two alleged co-offenders on Tuesday.

Tobin was fronting the band at a birthday party attended by Phillip O’Donnell, Kayla Potts, her partner Jack Houldcroft and her brother Trent Potts shortly before the alleged assaults occurred at about 3am on Sunday.

Jules Jerome Tobin, 26, of St Kilda, is lead singer in a band and had been playing at a party attended by his alleged co-offenders on the night 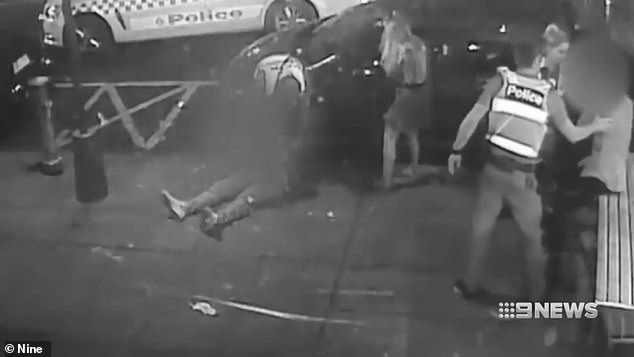 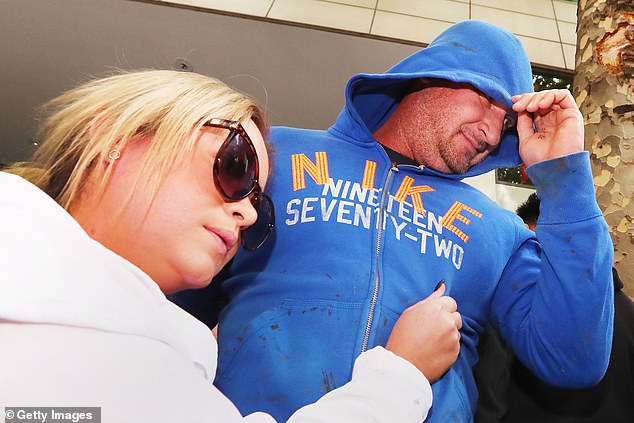 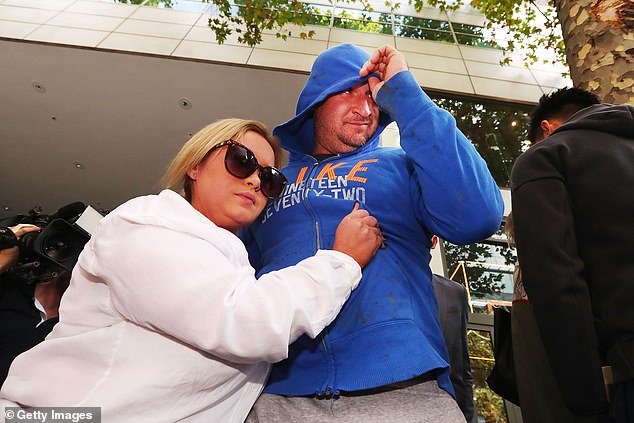 O’Donnell and the other alleged offenders have been charged with two counts of assaulting a police officer, affray, violent disorder, and other assault charges

The court heard Tobin got involved in the brawl after he saw Kayla Potts get smashed in the head by an officer wielding a torch.

The officer is suspected of having his cheekbone fractured in the fracas.

Tobin had not even known the group of friends until after he inexplicably involved himself in the situation.

Police had opposed his bail on the grounds he was at risk of reoffending.

‘I’ve seen footage of him spit and kick a policeman twice, that’s why,’ Ms Russell said.

The court heard police were called after his co-accused Trent Potts allegedly kicked a transgender woman in the testicles outside a pub. 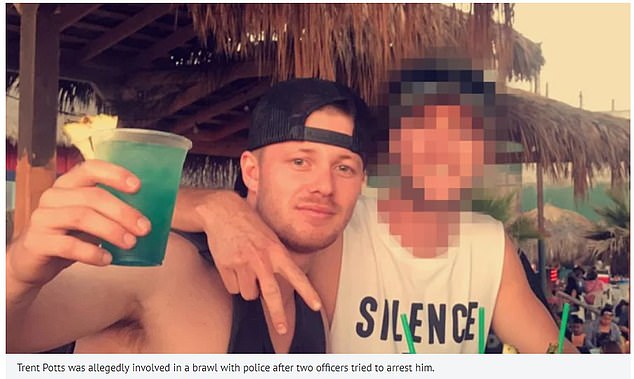 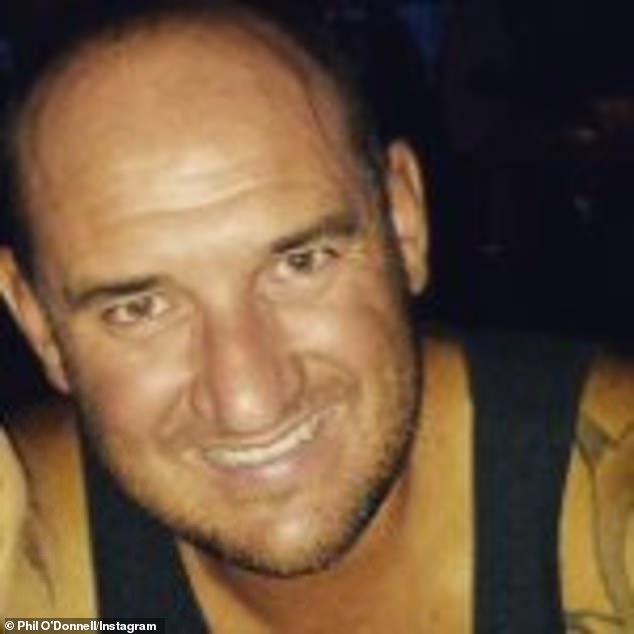 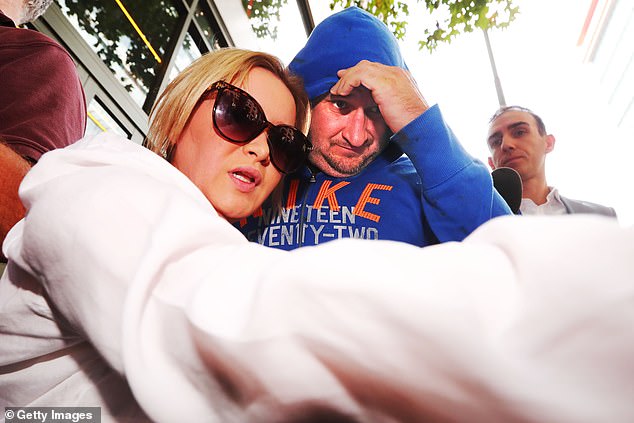 If he is convicted, he faces at least six months behind bars – the mandatory sentence for assaulting an emergency worker 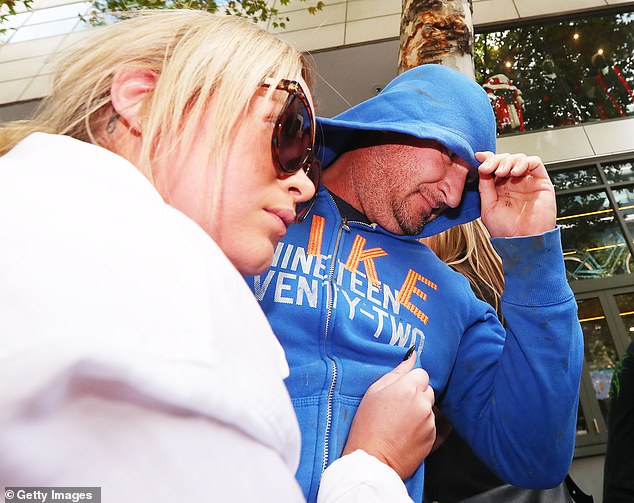 Trent Potts – a concreter – held his head in his hands and sobbed throughout the hearing, which was packed with the group’s family and friends.

His sister Kayla had been granted bail a day earlier.

O’Donnell, who is the man allegedly captured on video slamming Sen-Constable Darren Shepherd’s head into the ground six times, is no stranger to a courtroom.

The court heard he escaped conviction 13 years ago over a minor assault.

The carpenter, and father of an 18 year old, was not involved in the alleged attack on the transgender woman, his lawyer Emma Turnbull said. 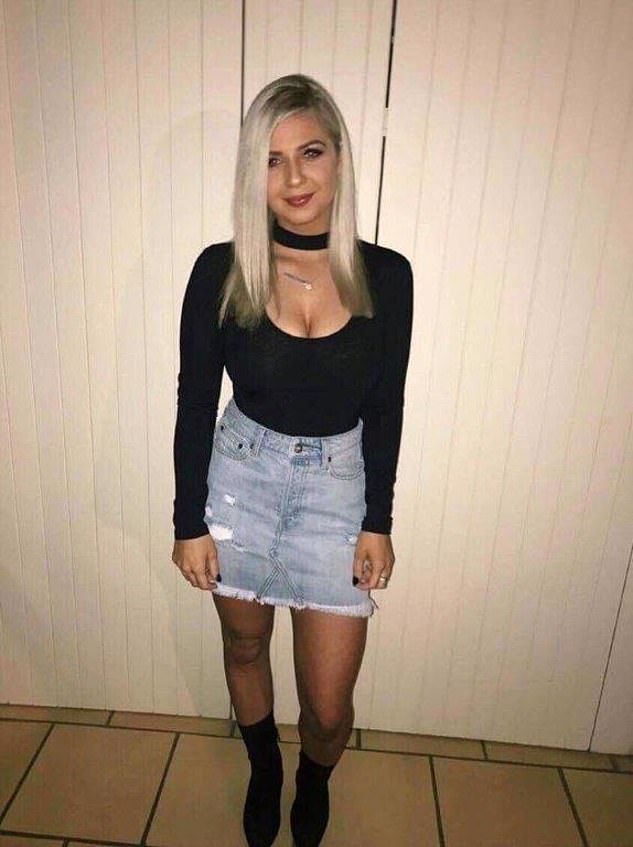 Kayla Potts’ brother Trent is not allowed to make contact with her while free on bail. She was released on bail yesterday under strict conditions 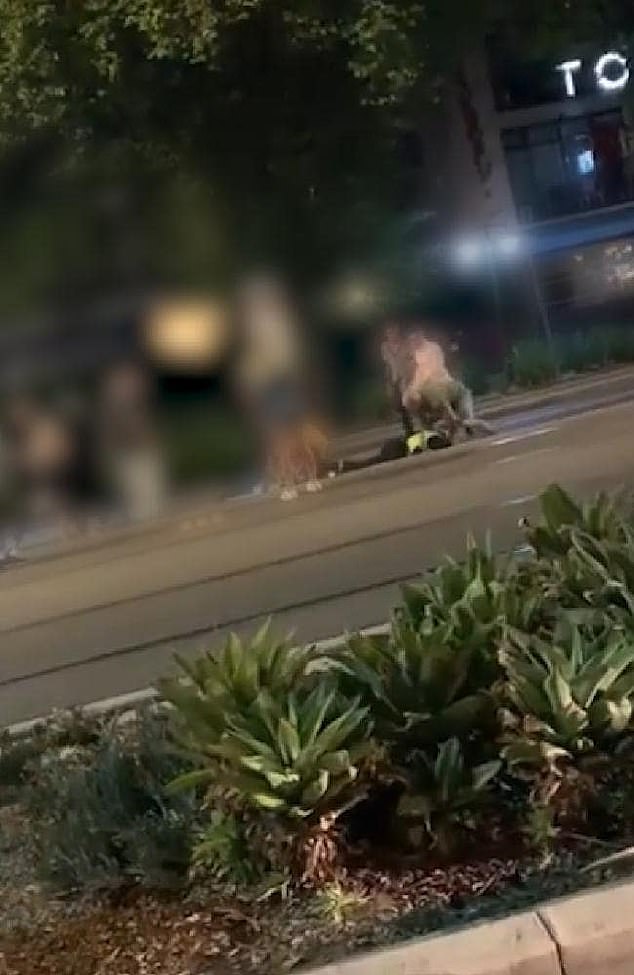 Footage of the incident went viral after a man caught it on his mobile phone from a moving vehicle. 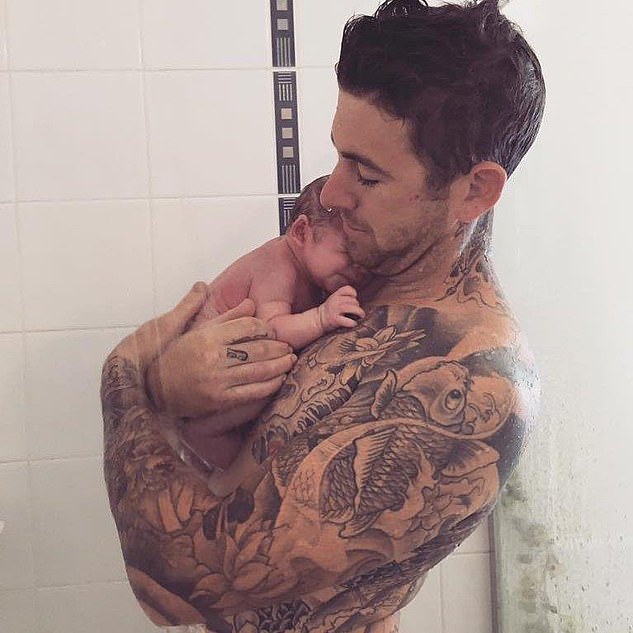 Each of the men faces a variety of assault charges.

In granting each of the men bail, magistrate Andrew McKenna said although the event was ‘appalling’ the men were entitled to bail.

Several of the accused could face a mandatory prison sentence of six months in jail if found guilty of injuring the policemen.

‘It’s just not justified to keep them in custody.’

Although it is expected he will make a bail application in the coming days.