Weedkiller chemical increases the risk of cancer ‘by up to 41 per cent’, study finds

Exposure to a chemical in weedkiller can increase the risk of cancer by as much as 41 per cent, according to a study.

The safety of weedkillers containing glyphosate has been the topic of scientific debate – and lawsuits – for years.

Now, in an analysis of past studies, researchers have linked the chemical to non-Hodgkin lymphoma, an uncommon cancer which starts in the white bloods cells.

Scientists have made their conclusion following a landmark court case in which terminally ill groundsman in California was awarded $289million (£225m) after a jury found Roundup weedkiller contributed to his cancer.

The company is facing further similar cases claiming Monsanto, which makes Roundup, made them or members of their family sick.

Contrary to the latest review, Monsanto, maintains glyphosate herbicides are safe and efficient.

Roundup is the UK’s most widely used weedkiller, but the manufacturer, Bayer, is facing lawsuits in the US from people, or their families, suffering with cancer, who blame contact with their product for their illness. Contrary to the latest review Bayer have always said that  glyphosate herbicides are safe and efficient 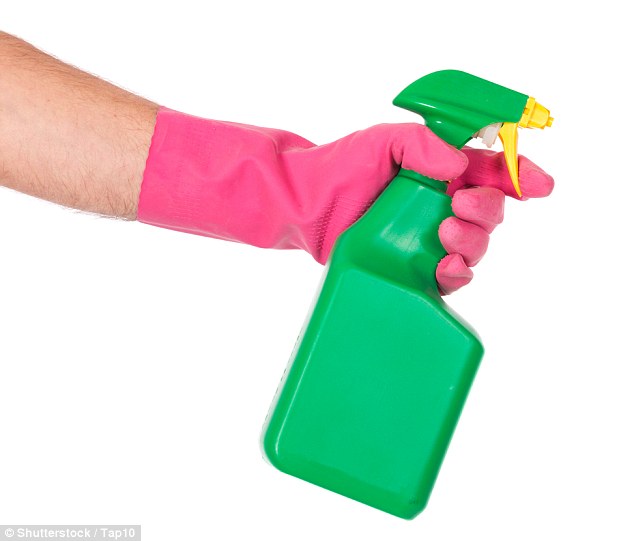 Exposure to the chemical glyphosate herbicide in weedkiller increases the risk of cancer by 41 per cent, according to a meta-analysis of all research

Researchers led by the University of California, Berkeley, said: ‘Together, all of the meta-analyses conducted to date, including our own, consistently report the same key finding: exposure to [glyphosate herbicides] is associated with an increased risk of [non-Hodgkin lymphoma].’

The study’s authors say their study is different from previous research because it evaluates all published human studies and the different types of glyphosate studies, The Guardian reports..

Co-author, Professor Lianne Sheppard from the University of Washington, said: ‘This paper makes a stronger case than previous meta-analyses that there is evidence of an increased risk of NHL due to glyphosate exposure.

‘From a population health point of view there are some real concerns.’

Roundup is believed to be the UK’s most widely used weedkiller and, globally, the most popular in history.

Glyphosate is a herbicide used to kill weeds which was first registered for use in the US in 1974.

It is marketed either as a salt or an amber-colored liquid with no smell.

Monsanto markets glyphosate as part of the pesticide Roundup.

Several studies found that high doses administered to laboratory animals  caused cancer, although the evidence is ‘limited’ when it comes to humans.

In March 2015, the World Health Organizatrion ranked glyphosate a Group 2a carcinogen, a substance that probably causes cancer in people.

In 2017, California added glyphosate to its proposition 65 list, which requires Roundup to carry a warning label if sold in California.

Monsanto has vehemently denied that its product causes cancer and says and more than 800 studies that have established its safety.

Yet more than 4,000 plaintiffs have filed lawsuits –  800 over the past year – claiming Monsanto made them or members of their family sick.

But since the 90s, the safety of its active ingredient, glyphosate, has been challenged by studies which suggest the weedkiller is linked to serious conditions including liver and kidney disease, infertility, birth abnormalities and cancer.

But Bayer has said there are plenty of studies finding no such connection, and there is no definitive association in science.

It also claimed that some studies – such as that conducted by the International Agency for Research on Cancer (IARC) who found glyphosate to be a probable human carcinogen – did not give a balanced view in its research.

A Bayer statement said glyphosate herbicides have been ‘extensively evaluated’ and are proven to be a ‘safe and efficient weed control tool’.

But the latest analysis could affect Bayer’s defense in a long list of lawsuits.

In August, Dewayne Johnson, 46, was awarded $289million in damages in court, which is being appealed by Bayer.

The groundskeeper, who worked for years in Benicia, California, was diagnosed with non-Hodgkin’s lymphoma in August 2014. He says he mixed and sprayed hundreds of gallons of Roundup to keep grass and weeds under control.

A jury found the weedkiller has contributed to Mr Johnson’s terminal cancer.

The verdict meant the door could be opened to more lawsuits against the company. 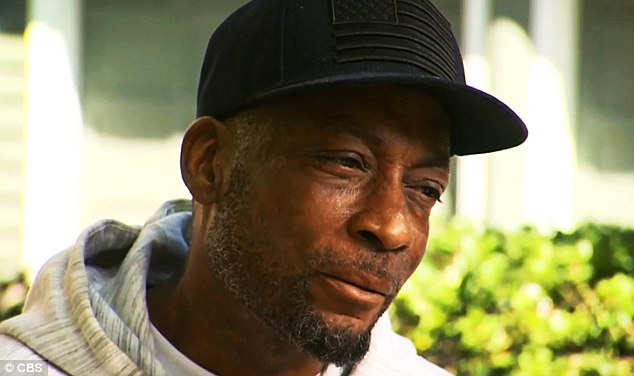 Dewayne ‘Lee’ Johnson, 46 (pictured), was awarded $289 (£225m) in damages in his trial against the producer of Roundup weedkiller, which a jury ruled contributed to his cancer

The US Environmental Protection Agency’s (EPA) has assured that glyphosate-based products are safe to use and ‘not likely’ to cause cancer.

But now the EPA is reviewing the evidence, according to a spokesperson.

Three of the latest study authors are EPA board members for a 2016 scientific advisory panel on glyphosate.

Lianne Sheppard, study co-author from the University of Washington, said of the EPA findings: ‘It was wrong. It was pretty obvious they didn’t follow their own rules. Is there evidence that it is carcinogenic? The answer is yes.’

The authors said the findings should be interpreted with caution and they do not give a definitive answer.