Weight Watchers launches low-cal wine in the US

Weight Watchers has made happy hour a bit happier with its latest product announcement.

For the first time in the US, the weight loss company has launched a low-calorie wine: a Sauvignon Blanc that is just 85 calories per 5 fl. oz. serving.

The boozy new offering is sure to come as welcome news to men and women watching their weight who want to get tipsy without tipping the scales.

Though the Skinnygirl empire has earned fans despite (or perhaps because of) its diet-focused name, Weight Watchers’ new wine doesn’t actually reference the company or it’s low caloric content on the label.

Launched under the brand name Cense, bottles of the body-conscious vino look like any other that would be found in a local liquor store.

Fewer calories don’t mean this is skimping on alcohol, though: According to Delish, Cense is 9.6 per cent alcohol by volume, compared to other wines that are 9 to 15 per cent. 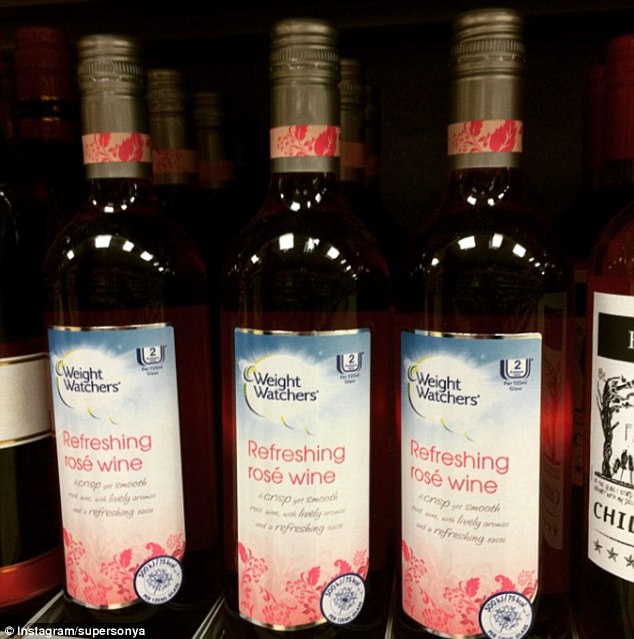 Get wasted, not big-waisted: Weight Watchers offers several types of wine in the UK, but this is the first time it is offering it in the US

It took two years to come up with this Sauvignon Blanc, which needed to taste enough like higher-calorie versions. Previous attempts at a low-calorie red wine did not fare as well.

According to Delish, this drink has notes of grapefruit, Meyer lemon, candied pineapple, and a ‘touch of green jalapeno’.

It is currently available to buy online for $15 a bottle, with a discount for buying multiple bottles.