One Direction star Louis Tomlinson has praised Kate and William for choosing his name and told the little prince today: ‘Welcome to the club’.

The working class lad from Doncaster, whose own child Freddie Reign sounds like royalty, joked: ‘I’ll take you under my wing lad. The Adidas tracksuit is in the post!’

Of all the famous people named Louis, singer Mr Tomlinson is probably the most well-known among modern day music fans, and he met the Duchess of Cambridge at the Royal Variety Performance last year.

His fans have suggested their meeting may have been the moment it dawned on Kate to plump for Louis, and some have given the singer the title ‘Prince Louis of Doncaster’.

The Doncaster singer joked: ‘I’ll take you under my wing lad. The Adidas tracksuit is in the post!’, as he welcomed young Prince Louis to the world 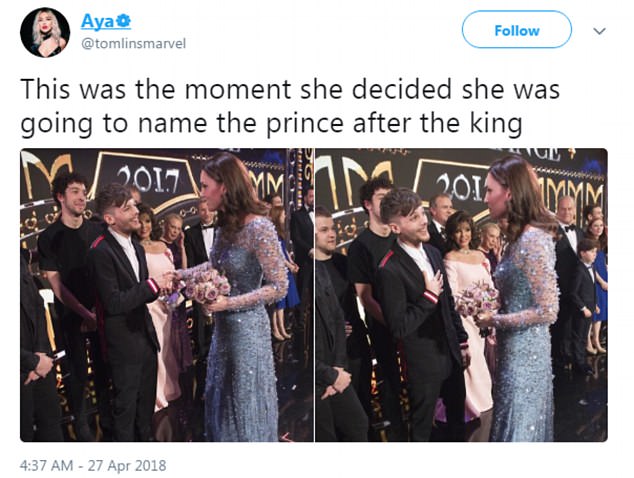 One said: ‘They literally named the prince after the KING… he is prince but you are KING… Lol can’t wait to see him grow up and take a look if he’s gonna be as sassy as you’.

Another joked: Your royal highness a package from Prince Louis of Doncaster has just arrived’.

And on their meeting one fan said: ‘This was the moment she decided she was going to name the prince after the king… you should be proud… She was already thinking “ I just met this amazing guy and my son will be named Louis because Louis means bravery’. 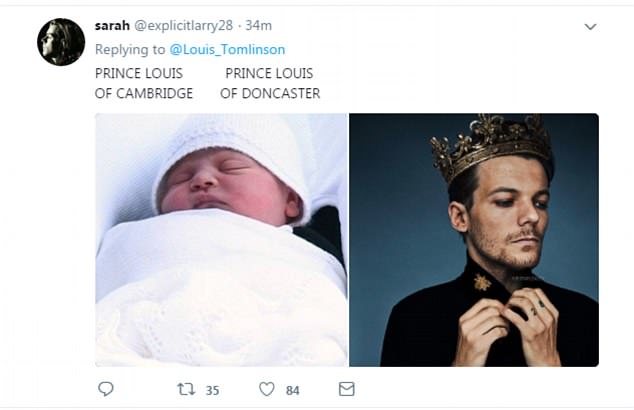 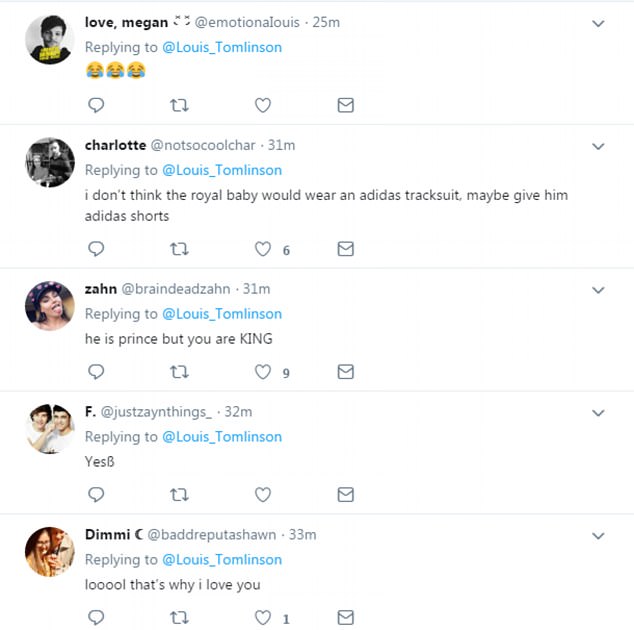 With his fellow One Direction band-mates, the heart throbs set female hearts a-flutter when they burst on to the pop scene, following their appearances on The X Factor.

Irish entertainment manager Louis Walsh was a judge on that season of the TV talent show when One Direction were created by Simon Cowell.

On the big screen, actor Louis Gossett Jr played the no-nonsense, straight-talking Marine Corps Gunnery Sergeant Emil Foley in the 1982 film An Officer And A Gentleman.

He had a number of memorable scenes opposite the film’s lead, Richard Gere, and won a Best Supporting Actor Oscar for his performance as the drill instructor.

And France had a succession of monarchs named Louis, including Louis 16th, who was executed in 1793 during the French Revolution. 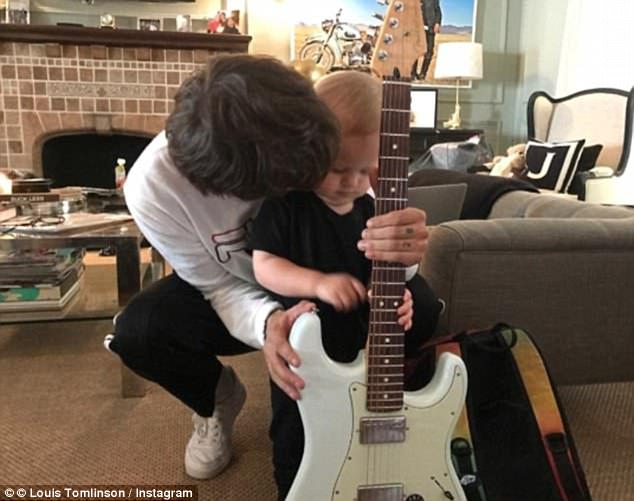 Louis’ own son’s name has a royal flavour, he is called Freddie Reign Tomlinson (pictured together)

Perhaps the best-known Louis is trumpeter and singer Louis Armstrong, who blazed a musical trail for much of the 20th century and helped turn the jazz music pioneered in his home city of New Orleans into a global artform.

The moniker is popular in the jazz world as there is also Louis Jordan – the pioneering musician and bandleader whose songs are celebrated in the hit musical Five Guys Named Moe – and Louis Prima, who sang I Wanna Be Like You in the 1967 Disney film The Jungle Book.