We’ll be safe from the Taliban at last: Sanctuary in UK for translator sacked for having a Kindle

For former Afghan translator Waheed, the news that he is set to be approved for relocation to the UK is a ‘life-saving dream come true’.

‘It lifts a shadow from our lives and means finally my family will be safe from the Taliban,’ said the 29-year-old who worked for three years with military spies and frontline troops in Helmand Province.

Like many other interpreters who risked their lives with British troops, he learnt yesterday that the Government is fast-tracking their cases and widening the criteria under which they can seek sanctuary in the UK.

Hundreds of Afghans who worked for British forces are expected to relocate as Taliban insurgents step up attacks and the UK prepares to leave Afghanistan. It is estimated that around 3,000, including families, will be rescued.

Under changes to the criteria revealed by the Daily Mail yesterday, Defence Secretary Ben Wallace has opened the way for hundreds of interpreters whose contracts were terminated for minor offences to relocate.

More than 1,000 – 35 per cent of translators employed by UK forces – were dismissed without any entitlement to appeal and it is expected several hundred could now qualify for resettlement.

One of them is Waheed, a father-of-two who worked for the highly sensitive Electronic Warfare Unit and Brigade Reconnaissance Forces between 2010 and 2013, but had his job terminated after a Kindle e-reader was found among his belongings in camp.

It was a rule that no electronic devices, including mobile phones, could be taken on to base areas without special permission. 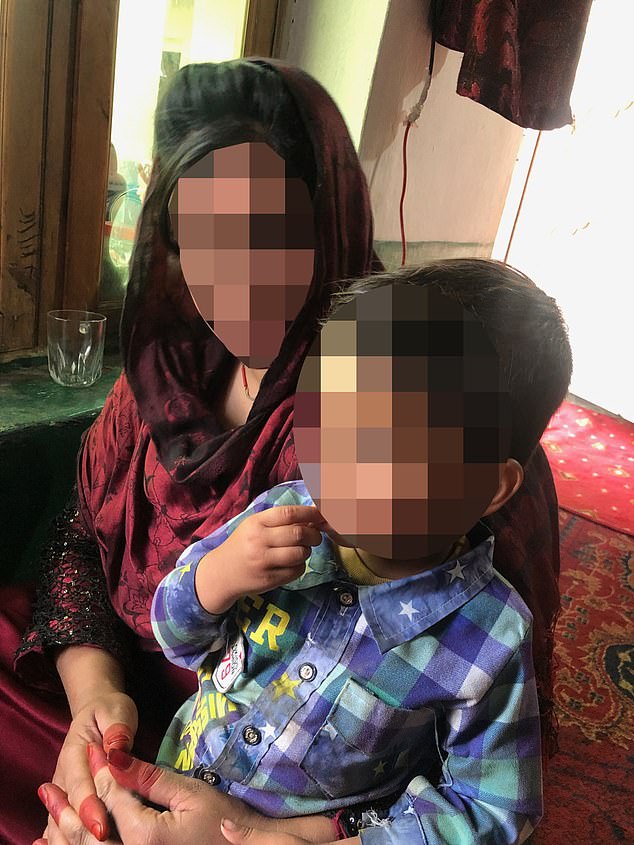 Pictured: Waheed’s wife and son in their home in Kabul

‘This kind change in policy is correcting a great injustice,’ Waheed said. ‘I was given the Kindle as a gift by a British officer and had written permission for it but their regiment rotated out of Afghanistan and when the new team arrived they found the Kindle, refused to accept I had permission and I was dismissed.

‘Since then we have lived in the shadows hiding from the Taliban, wondering if each knock at the door was insurgents coming for us. We felt terrified and abandoned – but now there is hope.’

Waheed’s case is one of those highlighted by this newspaper’s award-winning Betrayal of the Brave campaign, which has been credited with helping to bring about the major changes announced yesterday as part of a rewritten Afghan Relocations and Assistance Policy (ARAP) to recognise the worsening situation in Afghanistan and the impending departure of international troops.

In one of the most important changes, Mr Wallace directed that those dismissed for minor offences who would otherwise be eligible to come to Britain by default under ARAP can be considered for relocation with ‘presumption of approval’ where there are no other factors of concern.

Colonel Simon Diggins, former military attache at the British embassy in Kabul and a founding member of the Sulha Alliance, which works to help translators, said: ‘We’re pleased with the Government announcement but still have concerns.

‘We need assurance that the teams in place can cope with the demand to get the interpreters and their families out before our final troop withdrawal. We also seek clarity on the Government’s… definition of minor offences.’

He added officials should also contact those who could benefit from the change in policy directly to let them know about it.

Many interpreters have disputed the reasons for their employment being terminated, with some dismissed, for example, for being late for work when roads had been closed by Taliban checkpoints.

The Ministry of Defence insists that all the contract terminations were justified.

A former Afghan interpreter who fled the Taliban after death threats linked to his work for UK forces is stranded in limbo in a refugee camp in Greece, unable to relocate to Britain even though he qualifies.

Nabi, 35, who spent four years with British troops in Helmand Province, has been told by email that he and his family are eligible to build a new life in the UK – but only if they are in Afghanistan and can travel from Kabul.

But he said he is unable to return to his homeland because he is on insurgent ‘death lists’ and urged the Government to show ‘compassion’ and allow him to apply for entry from Greece. 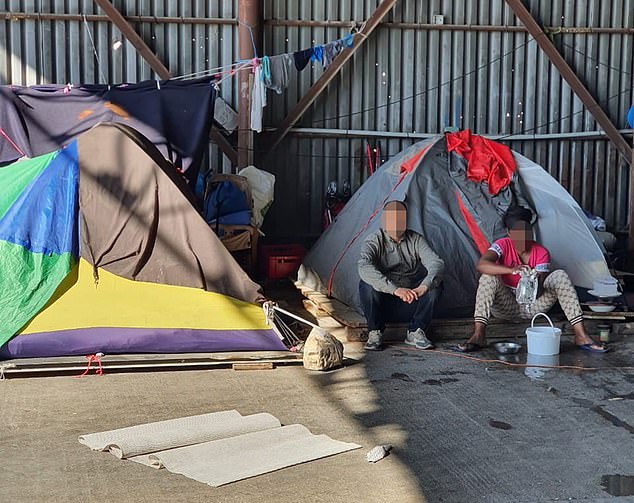 Former translator Nabi in an Athens refugee camp where he lives. He has been told he is eligible for relocation to UK but fears having to go back to Kabul to process his case

Nabi arrived in Athens in 2018 after receiving death threats signed by a Taliban commander who told him: ‘You worked for the infidel forces – your punishment is death.’ The warning came after two of his colleagues were killed in Helmand and he was injured in an ambush.

His wife and four children are in Afghanistan and Nabi said he left because of the danger he put them in as a result of his work for the UK.

‘I am asking the Government, who say I deserve to locate, to allow me to do so via the embassy in Athens and then for my family to join me in the UK,’ he said. ‘I am in great danger if I return and I pose a danger to them.’

Earlier this year former interpreter Nesar and his wife Nazanin came to the UK from a Greek refugee camp after the embassy in Athens processed their case when it was highlighted by the Mail’s Betrayal of the Brave campaign.