Homeopathic doctor Brian Williams, 69, handed a photo album of newborn babies and families he had allegedly helped to the court where he is on trial.

Judge Jeremy Jenkins held the album up but could not show the pictures because of patient confidentiality.

The judge told the jury: ‘It is true. There are many pages of photographs and messages from parents.’

Father-of-three Williams is accused of touching two women intimately while massaging them for a hormone imbalance.

The retired farmer denies becoming aroused while treating the women at his home in Glasbury-on-Wye, Powys.

He told the jury his ‘unique way’ of massaging women’s ovaries has led to many pregnancies.

Williams told Merthyr Tydfil Crown Court: ‘Normally I do this over their clothes.

‘It’s a more of a demonstration so they can do it themselves a couple of times a week in the shower.

‘Over the years a number of babies have been born and I have put together a photograph album.’

The two alleged victims claim Williams pressed up against them while they were stripped to the waist on his leather couch.

But qualified reiki practitioner Williams said it could have been the wallet in his trouser pocket. 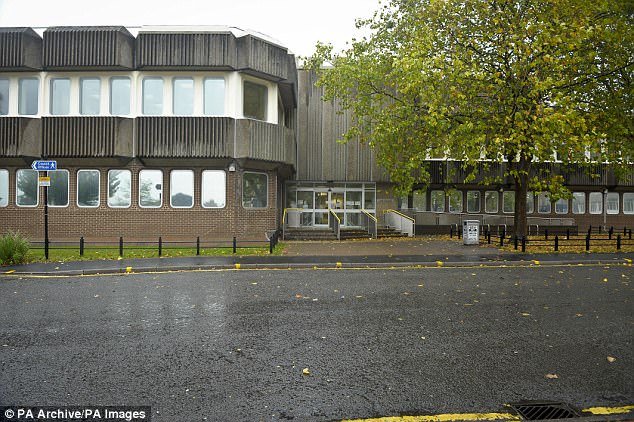