Welshman shows sex robot he lets sit with his children

A man who spent £3,500 creating a hyper-realistic sex robot that joins him and his wife in bed has said she is part of the family – so much so that ‘Samantha’ even joins the couple and their children on the sofa.

Arran Squire, 36, from North Wales, brought his robot along for it’s debut on ITV’s This Morning on Tuesday, and her presence both amused and horrified presenters Phillip Schofield and Holly Willoughby.

Phillip warned viewers to switch off if there were young children watching, before playing a recording of some of the ardent responses the robot is designed to make on cue.

Joking it would be like ‘making love to a car GPS’, Phil went on to say he had touched the doll and it was so cold ‘it felt like a corpse’.

Holly was shocked to learn that Arran allowed his children to see the doll, having assumed he would keep Samantha hidden.

Arran, who is a co-founder of Synthea Amatus, a website that sells lifelike sex robots that start from £2,000, explained that she has a ‘family mode’, which prevents her making any inappropriate comments at the wrong moment. 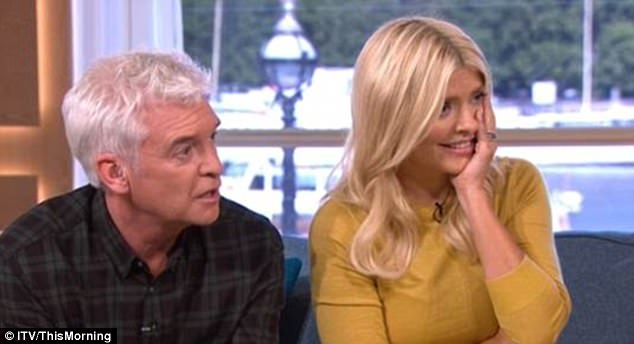 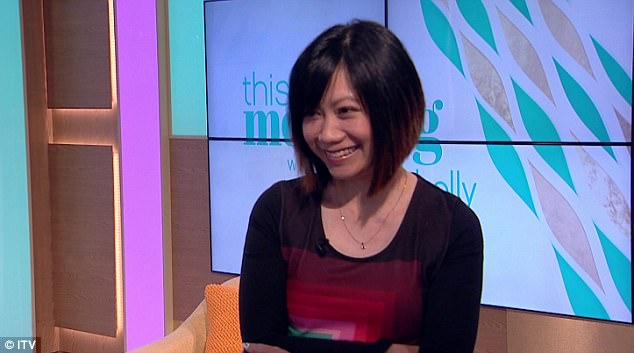 ‘I have two children myself, Samantha has a family mode,’ Arran explained during the interview on the daytime show.

When questioned what role ‘Samantha’ has in their family Arran said that she would sit on the sofa with his two children and they were happy to talk with it as normal.

Holly was disgusted asking: ‘But at some point they are going to know eventually that daddy has sex with Samantha and she isn’t mummy. Is that not a bit strange?’

Repeatedly touching the doll’s knee and arm throughout, Arran denied that it wasn’t ‘strange’ and defended the existence of the doll claiming that it was there to ‘help people’ rather than ‘replace women’. 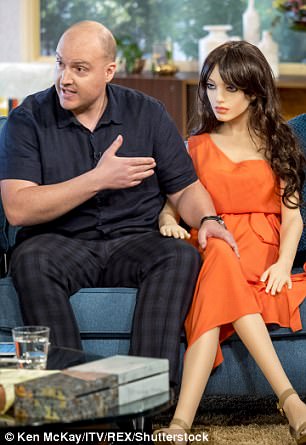 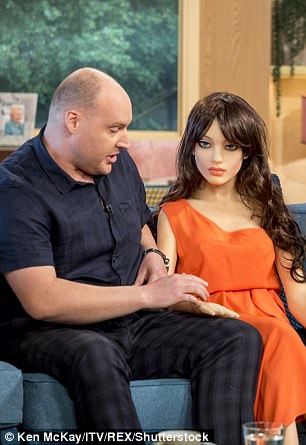 Arran explained how Samantha functioned and that her ‘skin’ was extremely realistic. Phillip said it felt ‘like a corpse’ 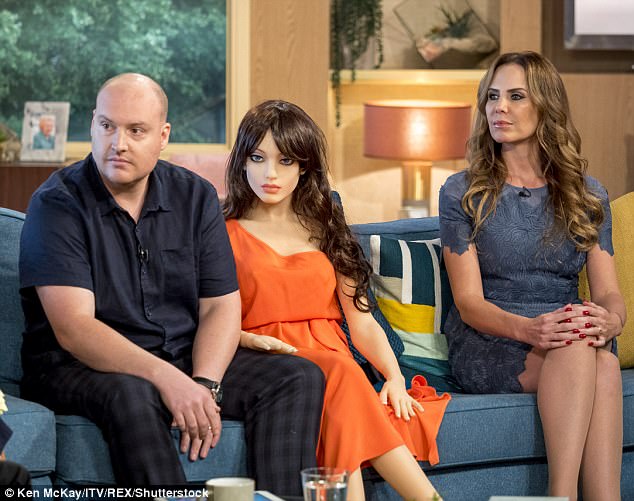 TV psychologist Emma Kenny (right) slammed the idea of a sex robot, saying it ‘objectified’ women and that they were ‘not healthy’

Arran explained that Hannah was part of his lovemaking with Samantha, to which Phillip asked if she was ‘totally happy with it’.

‘Yes I am. Me as a woman I am not offended to have her around. I am not worried [she will replace me]. She is just someone there like a family member.’

She said that ‘it wasn’t acceptable or healthy’ to use the technology in the way that it can replace relationships with simulation. 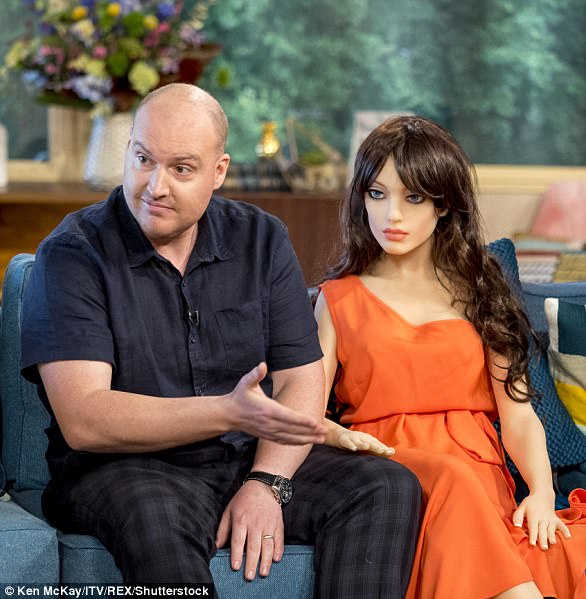 Those watching the This Morning segment at home quickly took to Twitter to share their horror at the sex robot featured on the show.

Many couldn’t wrap their heads around its existence, claiming it was ‘freaking them out’.

While others were more concerned that the doll owned by Arran Squire, had a ‘family mode’ making it child-friendly.

‘Family mode ffs this sex doll gets better all the family can use it. It’s not normal lad,’ added another.

One laughed: ‘The sex doll has a family mode and I am screaming. It tells jokes to his kids!’ 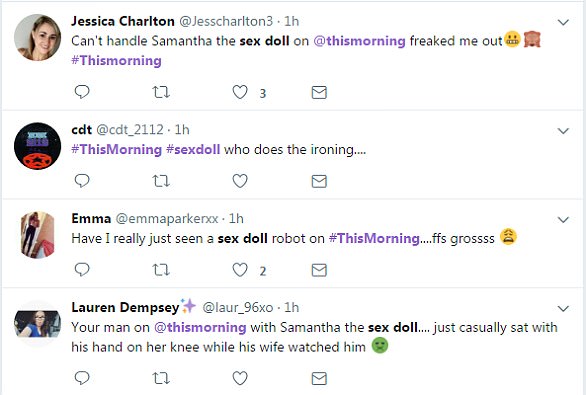