Mystery as missing mum’s house is found ablaze and filled with her blood as cops issue ‘high risk’ warning over a blue Honda being driven by her son: ‘Do NOT approach this man’

The desperate search for a missing mum continues after cops rushed to her burning home to find blood stains throughout the charred house.

Emergency services were called to the home of Wendy Sleeman, 61, on Tuesday afternoon to find her Ironbark St house in Elanora, in Gold Coast’s south, alight.

The front of the house had been set on fire and blood stains were found inside.

Ms Sleeman is known in the local community for breeding Labradors.

Forensic teams were seen collecting evidence from the home late into the night with sources confirming to the Courier Mail blood had been found in the home. 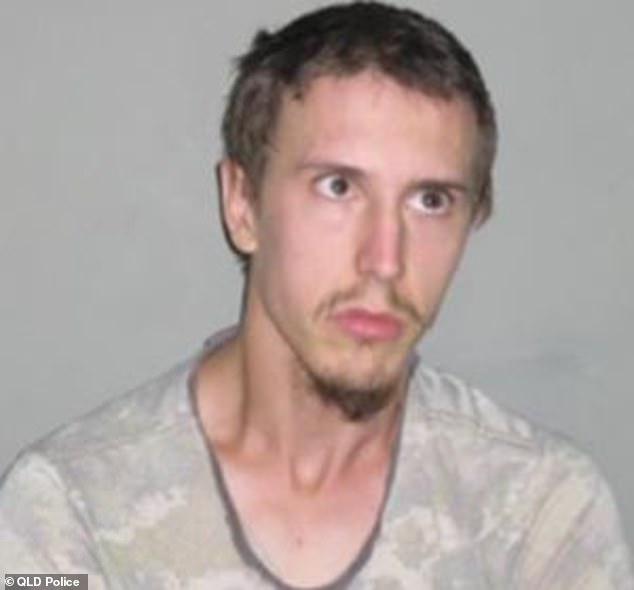 Queensland Police are searching for a 30-year-old man (above), believed to be Ms Sleeman’s son, but warned the public against approaching him

Queensland Police have not yet confirmed details of what was found in the home or the fire but will hold a press conference on Wednesday morning.

Police released a missing persons alert for ‘a 61-year-old woman’ at 7.45pm on Tuesday, seeking ‘urgent assistance’ to find a 30-year-old man they believe can help with inquiries. 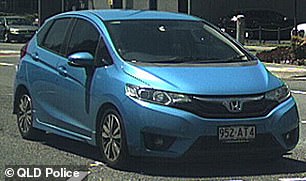 It is understood the man is Ms Sleeman’s son Jamie, who goes by the name Slade Murdok.

He is believed to be driving a blue Honda Jazz with the Queensland registration number 952AT4.

He is described as Caucasian, 180cm tall, with brown hair and of a slim build.

Police warned the public against approaching Mr Murdok if he is seen.

Anyone with information on the location of the man or woman is urged to contact police.