Wendy Williams is embracing life as a single woman as she was seen cozying up to a new man, weeks after her rumored boyfriend was revealed to be taken.

The television host was spotted linking arms with her audience producer Marco Glorious, while leaving Whole Foods near her recording studio in Flatiron, in NYC on Wednesday afternoon.

In photos obtained exclusively by DailyMailTV, a dressed-down Wendy was seen gripping the 35-year-old’s arm, who carried her bags as they crossed the street.

A source told DailyMailTV Wendy had been at the grocery store with Glorious for some time before the two took off in her car.

Dressed in a black graphic tee, leggings and a Louis Vuitton fanny pack, the 55-year-old appeared happy and relaxed finding companionship in a friend – months after her explosive split from estranged husband Kevin Hunter.

New beau? Wendy Williams was spotted linking arms with Marco Glorious, an MC and audience producer for her show while grocery shopping in Flatiron on Wednesday afternoon 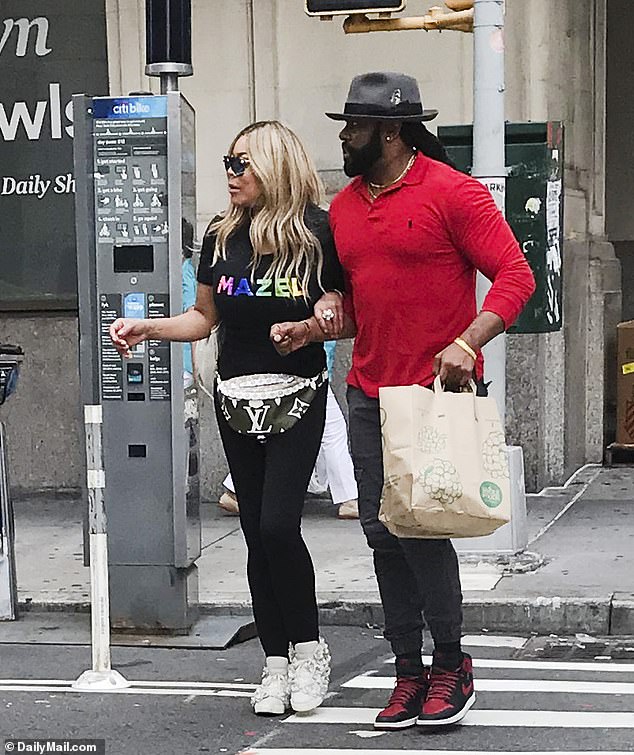 Dressed in a black graphic tee, leggings and a Louis Vuitton fanny pack, the 55-year-old appeared happy and relaxed as she plays the field – months after her explosive split from estranged husband Kevin Hunter

Glorious wore a grey fedora with a red collared shirt, jeans and sneakers, while they walked to her car.

The two appeared to be on a lunch run, according to DailyMailTV’s Alicia Quarles.

The outing comes weeks after DailyMail.com revealed Wendy had been ‘crazy about’ Bronx-based Dr Darrin Porcher, 52, a retired NYPD detective, criminal justice professor and 9/11 hero, as well as a TV and radio commentator and regular contributor to DailyMailTV.

Porcher has also appeared on Fox, CNN,  MSNBC and HLN and has appeared on The Wendy Williams Show in the past.

A source close to Williams revealed the star was ‘smitten’ with her new crush, but they’re taking it slow.

But when DailyMailTV contacted Dr. Porcher he laughed and denied he was dating Williams. 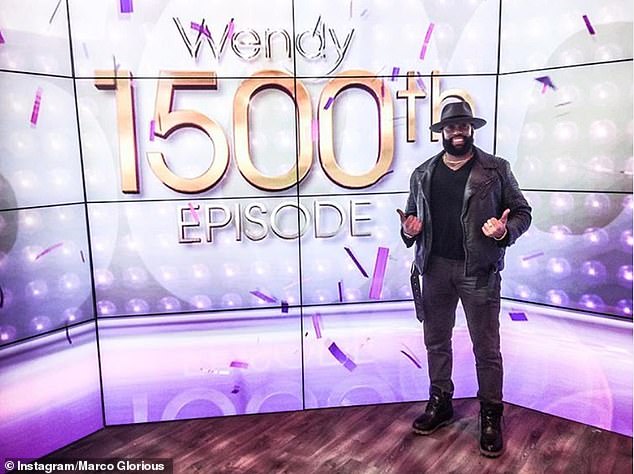 Glorious, who is Wendy’s audience producer, describes himself as an ‘International Entertainment & Event Host on social media 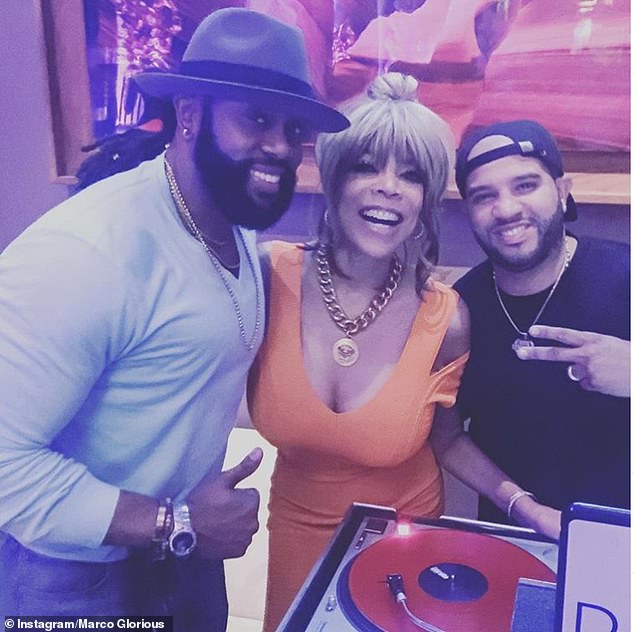 ‘I’m flattered,’ he said, ‘but that’s not the case. I was brought in to provide security for Wendy during her divorce, she wanted someone with an air of legitimacy. But that’s where it ends, I’m happily in a relationship right now.’

But sources close to Wendy insist that there’s romance brewing.

Williams told viewers during her show last month that she’s moved on to a doctor in his 50s.

‘It’s not who you think. OK? Mother doesn’t deal with children, but it just so happens that I guess with my charm and wit, I attract people of all ages.’

Williams added: ’27-year-old boys, quite frankly, find me attractive. I get it, but when it comes time for the comfort of a man, I need someone in his 50s, too, and he’s gotta work.

Impressive Dr. Porcher, who always dresses sharply in a suit during TV appearances, has a PhD from Fordham University, is a criminal justice expert witness and consultant, in addition to being a decorated former Army Officer. 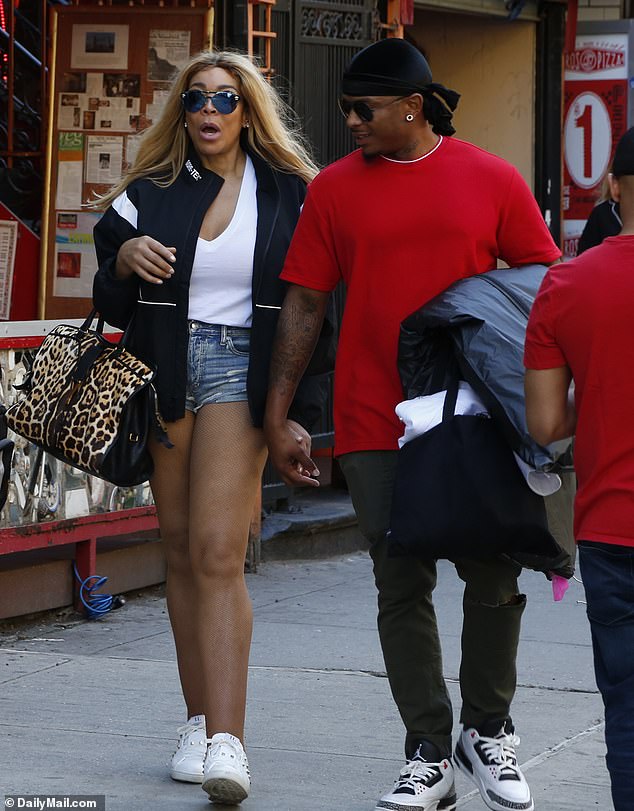 Just friends: Wendy said that she and Marc (R), who were seen holding hands in New York City in June, are just friends, as she said ‘Mother doesn’t deal with children’ 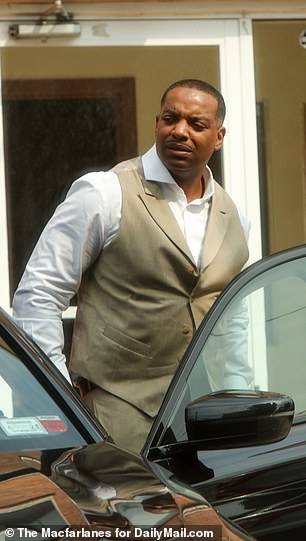 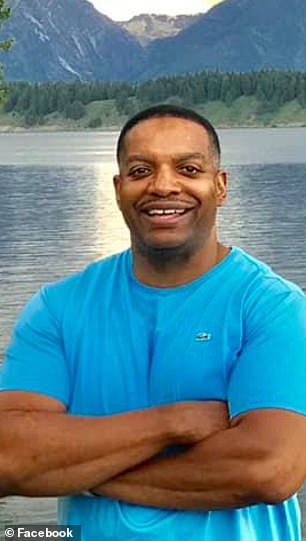 A source close to Williams revealed the star is ‘smitten’ with Dr. Porcher (pictured outside of his home in the Bronx last month), but they’re taking it slow 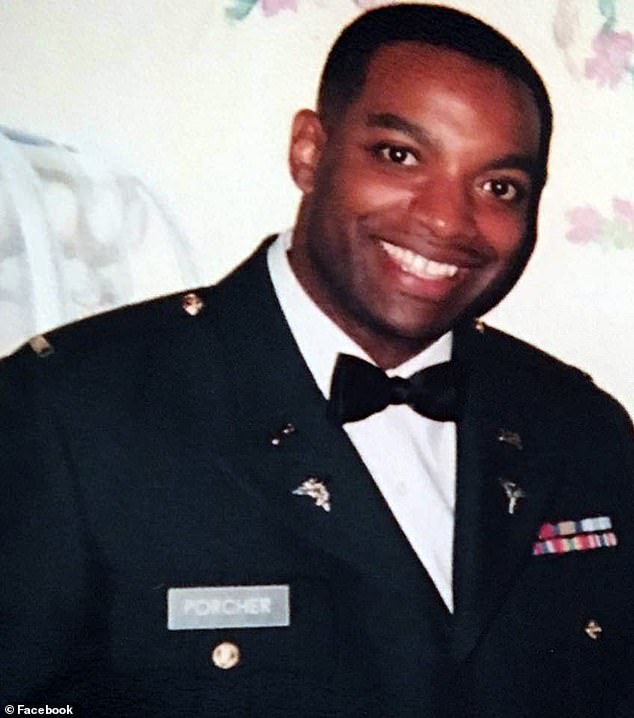 Dr. Porcher retired from the New York City Police Department as a Lieutenant after 20 years of service. During the terrorist attacks on Manhattan on September 11, 2001, he was responsible for the supervision and rescue and recovery of victims in the World Trade Center complex

The jet-setter regularly travels, recently posting Facebook photos of trips to Tokyo, Japan, Paris, France and Dubai in the UAE.

He also visited Seoul in South Korea over the Memorial Day weekend where he visited the Demilitarized Zone (DMZ) – the area separating South Korea from North Korea.

Dr. Porcher is also accustomed to the same level of luxury Williams is used to, having posted snaps traveling by Rolls-Royce and on a private jet during a trip to LA.

Recently, Williams was seen around LA and New York with 27-year-old convicted felon Marc Tomblin, amid rumors they were dating.

Williams, 54, addressed her dalliance with Tomblin on her show, but claimed they were just friends.

‘He’s from LA. He came to New York. He had never been to New York before,’ said the daytime talk show host. ‘Skyscrapers and everything. I’m a hand holder. If we go out, I’m holding your hand.’

But now Williams’ focus is Dr. Porcher who sources claims she has been dating for a few weeks. 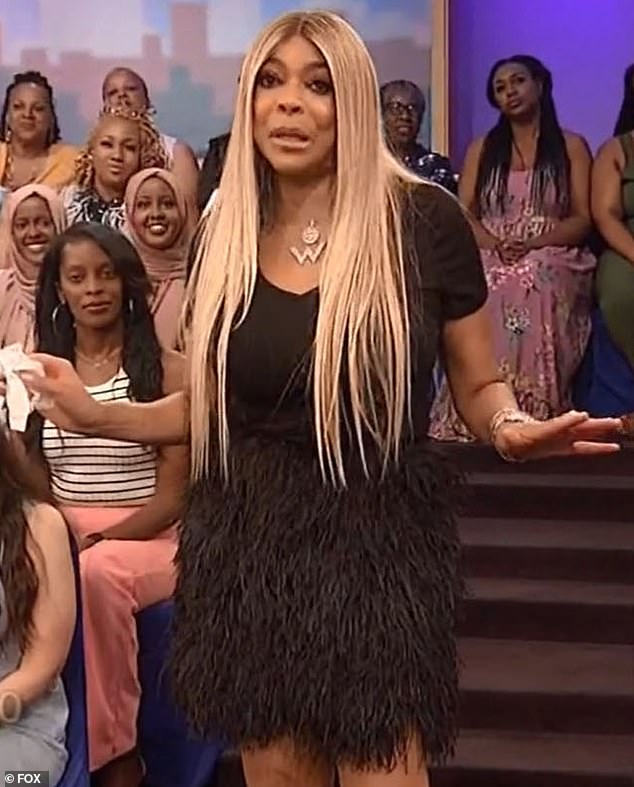 Williams told viewers during Monday’s show that she’s moved on to a doctor in his 50s. ‘I’m not on the market anymore. I’m not in love. I don’t know how I’m doing. I’m not in love but there’s somebody that I’m crazy about,’ she said 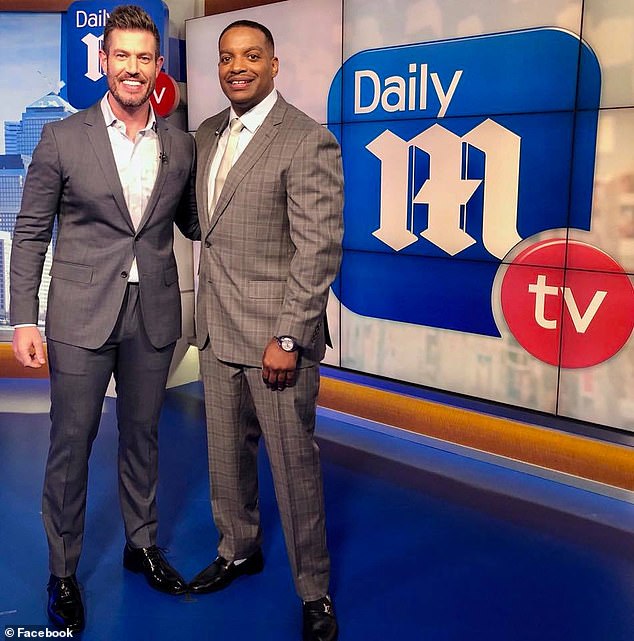 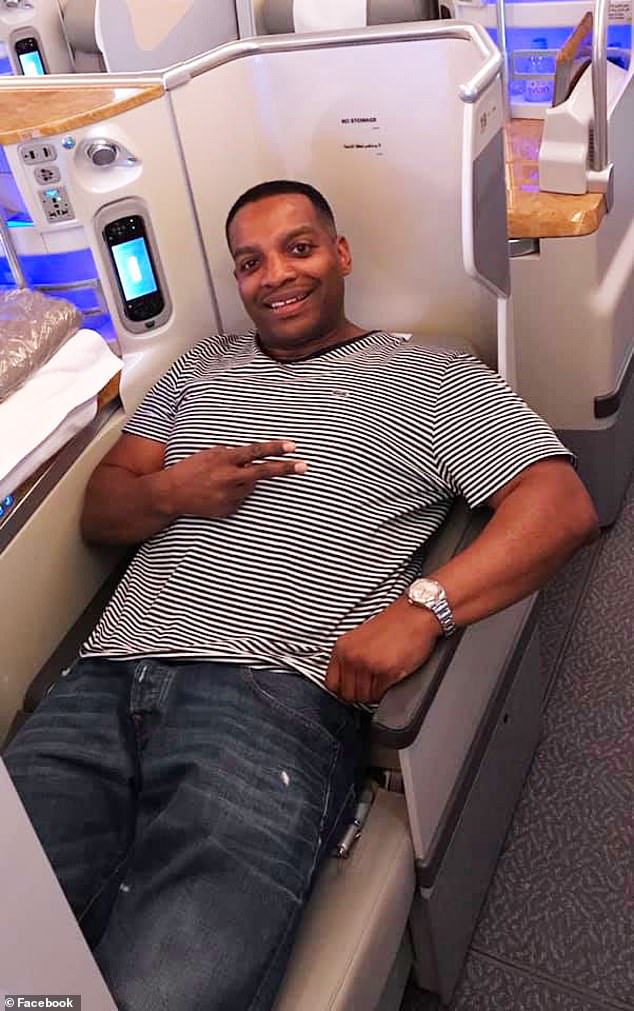 Dr. Porcher is also accustomed to the same level of luxury Williams is used to having posted snaps traveling by Rolls Royce and on a private jet during a trip to LA 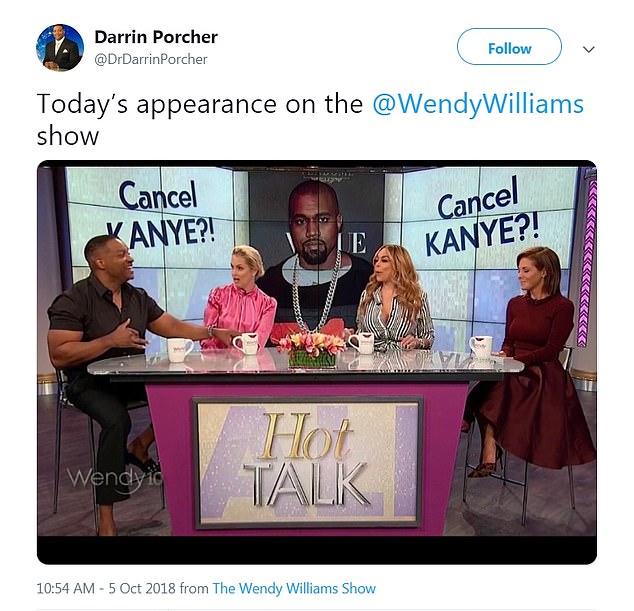 Dr. Porcher, 52, has regularly contributed to DailyMailTV. He has also appeared on Williams’ hit talk show (pictured in 2018)

They said: ‘He’s also friends with her ex Kevin so it didn’t go down too well with him when he found out.

‘Kevin Jr knows about him and is happy for his mom.’

Wendy’s estranged husband Kevin Hunter and their son together Kevin Jr. seem to have mended their relationship after the teen was arrested following a bust up in a parking lot in May, as he walked free from court on Tuesday.

The two were said to have been involved in a physical fight with Kevin Jr punching his father in the face while trying to get free from a chokehold Kevin Sr. allegedly put him in.

A picture from inside the courtroom showed the two men side by side. Hunter Sr. told the judge: ‘I love my son.’

Dr. Porcher is Executive Vice President for a firm called Johnson Security Bureau Inc and is listed as a former detective with the NYPD.

According to his LinkedIn page, Dr. Porcher received his BA in Organizational Management from St. Josephs College, and an MPA from Marist College.

In 2012 he received his Doctorate Degree from Fordham University.