Universities have been ‘scapegoated’ over fat cat pay and tuition fees and need to ‘fight back’ at their critics, according to the body which represents vice chancellors.

Alistair Jarvis, the new chief executive of Universities UK, said institutions had been ‘unfairly categorised as elite’ and as ‘detached from individuals, communities and day-to-day challenges’.

He claimed the criticism was the result of the ‘silly season’ over the holiday break and that universities appeared to be ‘this summer’s scapegoat of choice’.

In his first public speech since taking up the role earlier this month, he also urged universities to address ‘reputational challenges’ by highlighting their ‘powerful and positive impact’.

His intervention comes following a string of revelations about senior pay in universities – with minister Jo Johnson calling for an end to the ‘endless upwards ratchet’ of salaries.

The highest-paid vice chancellor in the UK is Dame Glynis Breakwell, who earns £451,000 including benefits to head up the University of Bath.

Former Labour education minister, Lord Adonis, has called on her to resign over the pay package, while four MPs have resigned in protest from the university’s advisory body.

Last month, the Mail told how Craig Calhoun, the former vice chancellor of the London School of Economics, was paid £1.7 million over four years despite it scoring just a bronze in official teaching ranks.

Meanwhile, Southampton’s Professor Don Nutbeam received £252,000 as ‘compensation for loss of office’ – or golden goodbye – before stepping down at the end of September 2015.

Following the controversies, the vice-chancellor of the University of Bolton, George Holmes, who owns a Bentley and earns £222,000, caused uproar by claiming university bosses are not paid enough compared to peers in other countries.

Critics said it was inappropriate for vice chancellors to earn more than the Prime Minister’s salary of £150,000 when student fees are rising again to £9,250 next month.

Mr Jarvis, who is understood to earn close to a six-figure salary himself, said: ‘Universities are under intense scrutiny and in danger of being unfairly categorised as elite, aloof and detached from individuals, communities and day-to-day challenges.

‘In the UK, it seems to be open season on universities. Whether it is attacks on the value of a degree, problems with the tuition fees system, senior staff being overpaid, or problems with international students, universities are this summer’s scapegoat of choice.

‘Whether it is open season or silly season, it has attracted the attention of some prominent commentators, who have taken time out from their summer breaks to catalogue the litany of failings in our university sector.’ 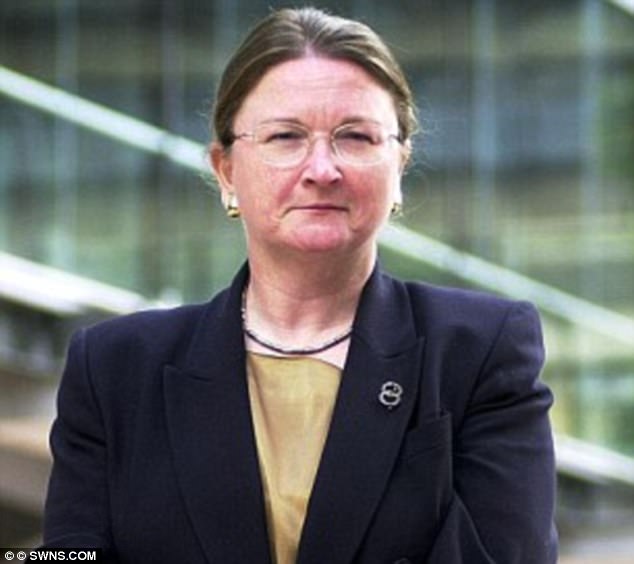 The highest-paid vice chancellor in the UK is Dame Glynis Breakwell, who earns £451,000 including benefits to head up the University of Bath

Although the revelations on vice chancellor pay were backed up by publicly-available accounts, Mr Jarvis said he had seen a ‘post-truth summer of misinformation’.

He added: ‘Let’s see if we can follow a post-truth summer with an evidence-based autumn.’

Mr Jarvis, a Kent University graduate, was previously deputy chief executive of Universities UK and prior to that director of communications and external relations at the organisation.

Before joining in 2013, he was a director at the University of Birmingham and has been a member of the judging panel for the Guardian University Awards.

His salary in his new post is unknown – but it is likely to be close to that of his predecessor Nicola Dandridge, who earned £159,500.

He urged universities to show the public they can be ‘forces for good in our world’ by transforming lives, supporting communities and strengthening economies.

He added: ‘Universities are not in crisis, they are positive and powerful institutions delivering deep and lasting value to communities in all corners of the world, but universities do have some serious reputational issues that need addressing.

‘It is time for universities to address this crisis of confidence.

‘We have a major challenge. Now is the moment for universities to shine and prove their value. Today, I want to issue a rally call. It is time to fight back.

‘We need to respond to these reputational challenges, robustly, with evidence, promoting our values, promoting our impact and engaging with diverse range of audiences.’

The speech was made at the conference of the Council for Advancement and Support of Education, held in Birmingham for higher education professionals responsible for external relations.

He said: ‘Now is the time to demonstrate the huge value and positive impact of universities. Your universities need you to rise to the challenge.’