Were the ‘MAGAbomber’ explosives in any way operational?

FBI director Christopher Wray has revealed that the bombs sent to prominent liberal targets each had the potential to explode.

At a Friday afternoon press conference, Wray stressed that the devices, allegedly mailed out by 56-year-old Florida resident Cesar Sayoc Jr this week, were not hoaxes but contained ‘explosive materials’.

He said that while none of the 14 package bombs had exploded, the devices all had the potential of detonating in transit, or if shaken or exposed to a heat source.

‘Though we are still analyzing the devices in our laboratory, these are not hoax devices,’ he said.

‘Each device consisted of roughly six inches of PVC pipe, a small clock, a battery, some wiring and what is known as energetic material, which is essentially potential explosive materials that give off heat and energy through a reaction to heat, shock or friction,’ the head of FBI told the press.

None of the 14 crude bombs sent to prominent Democrats and public figures detonated, possibly because they were poorly designed 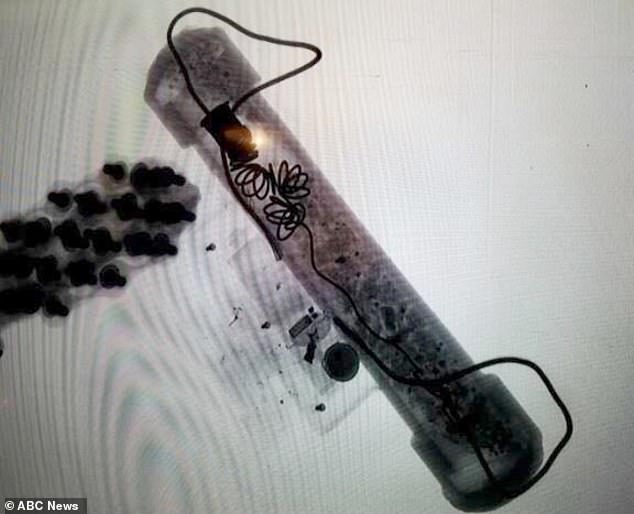 Each device consisted of roughly six inches of PVC pipe, a small clock, a battery, some wiring and what is known as energetic material 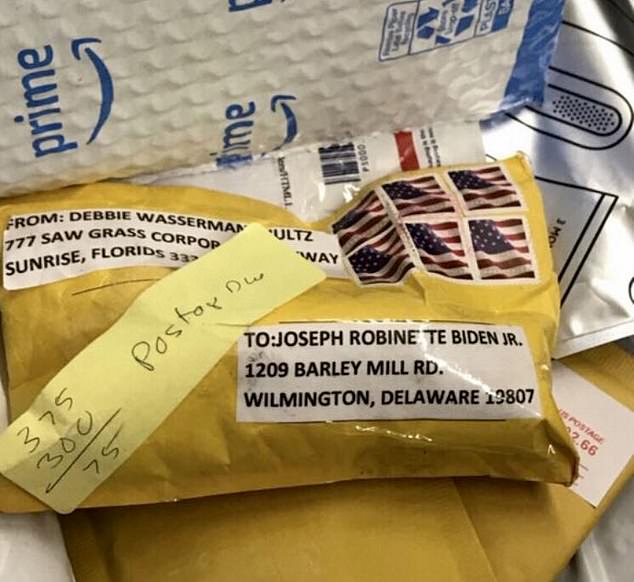 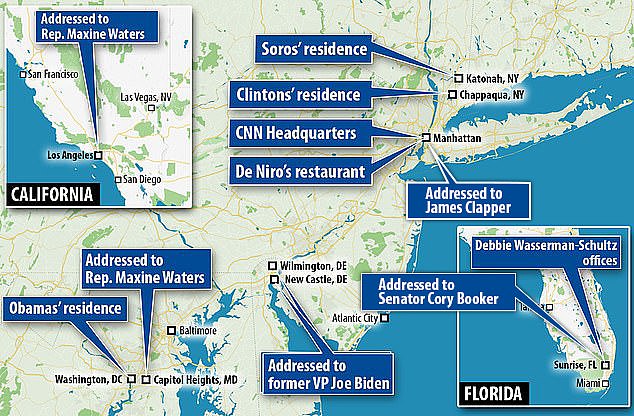 Law enforcement sources previously said they believe the pipe bombs were either ineptly constructed or not intended to blow up.

But the FBI director’s press conference, which gave the most detailed explanation of the investigation into the bombs yet, suggests they were a threat.

Sayoc, a registered Republican with a lengthy criminal record, has been charged with five federal crimes, including interstate transportation of an explosive, illegal mailing of explosives, threats against a former president, threatening interstate communications, and assaulting current and former federal officers. 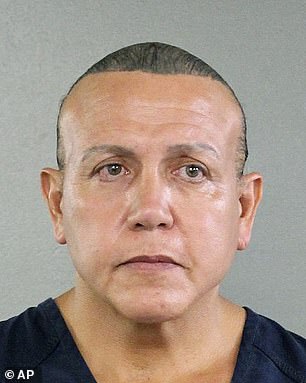 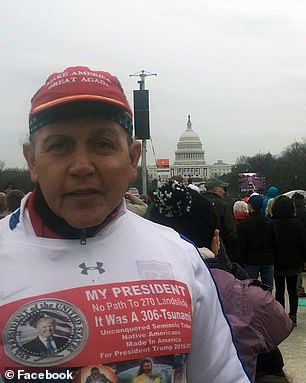 Suspect: Cesar Sayoc Jr, 56, an avid Trump supporter, was arrested on Friday and charged with five federal crimes, including interstate transportation of an explosive, illegal mailing of explosives, threats against a former president, threatening interstate communications, and assaulting current and former federal officers 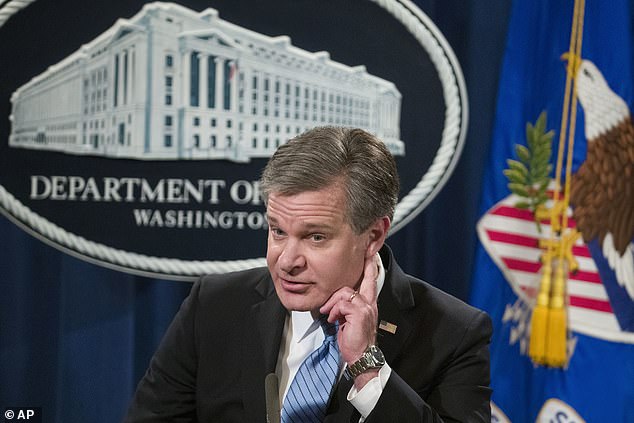 If convicted, Sayoc could face up to 48 years in prison.

It is important to note that the suspected bomber was not charged with attempted murder or any related counts, giving a strong indication that the IEDs were not operational and posed no actual threat to the lives of their recipients.

On a eve of Sayoc’s arrest, a federal law enforcement official told Reuters that the culprit had found the design and instructions for building the bombs on the Internet.

The instructions for such devices are widely available on websites and in propaganda distributed by Islamic militant groups including Al Qaeda and ISIS, said the official and a former federal government bomb expert.

The federal official also said the designs could have been lifted from ‘The Anarchist Cookbook,’ a notorious bomb and hacker manual dating to the early 1970s.

‘What they wanted to do was scare people, cause disruption, but not necessarily hurt anybody, because if they’d wanted to hurt people the bombs would have gone off,’ said Matthew Bradley, a former CIA agent and current regional security director of International SOS and Control Risks. 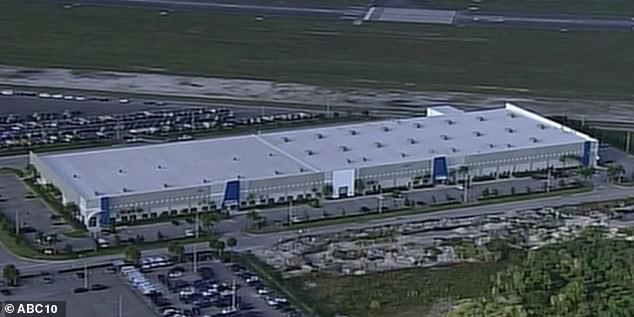 The bombs were all sent through the major United States Postal Service mailing facility in South Florida; Opa-locka processing and distribution center (pictured)

‘The small size restricts what materials might actually function in it,’ said Oxley, who has built 130 pipe bombs at the request of the FBI and the Bureau of Alcohol, Tobacco, Firearms and Explosives to aid investigators.

The presence of PVC in the devices led her to believe the bomb builder wrongly thought the relatively lightweight material would not be detected by X-ray.

The US Postal Service operates a sophisticated imaging system that photographs the outside of each piece of mail processed across the country and can be used to determine the specific location of where it was sent.

The bombs were all sent through the major United States Postal Service mailing facility in Opa-locka, Florida.