By Tim Nash For Mailonline

West Brom returned to the automatic promotion places in a much-delayed game at The Hawthorns, sweeping aside Bristol City.

Jordan Hugill, Kyle Bartley and Karlan Grant punished woeful defending from Bristol City but four delays – two for medical emergencies after a supporter from each team was carried away in unrelated incidents and two for injuries to players – caused a 25-minute delay.

A West Brom supporter in the Halford Lane Stand was carried from the crowd on a stretcher causing kick-off to be delayed for 15 minutes. The fan was conscious and able to put his thumb up. 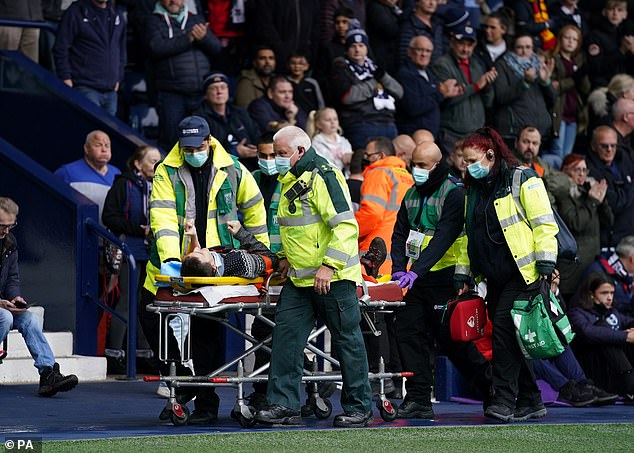 A third defeat on the bounce made it a miserable return to West Brom for manager and former Albion assistant boss Nigel Pearson after the departure of coach Paul Simpson.

The departure of assistant head coach Keith Downing – another ex-West Brom assistant – was also expected to be confirmed.

Hugill sliced over from close range and there was a further delay after he collided with the post.

He recovered to hook over the bar before a chip from Robert Snodgrass hit the inside of the post. 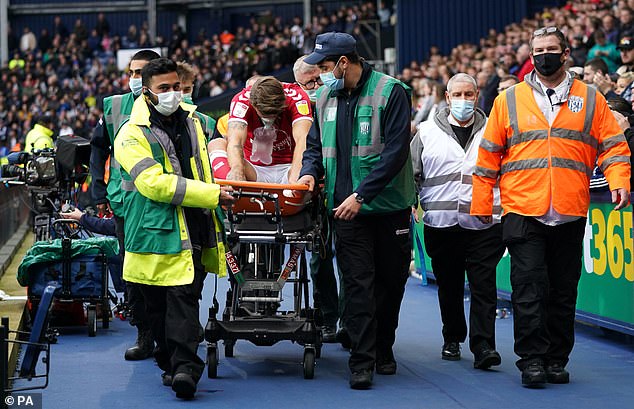 There was a further lengthy stoppage, this time for Nathan Baker, who was eventually stretchered off with what appeared to be a neck or head injury.

West Brom doubled their lead when Bartley glanced into the far corner from Furlong’s long throw-in.

After 10 minutes of time added on, at half-time there was another medical emergency to allow the emergency services to treat a Bristol City fan, who was given oxygen as he was taken away in a wheelchair.

It was 3-0 in the 52nd minute, after more poor City defending. 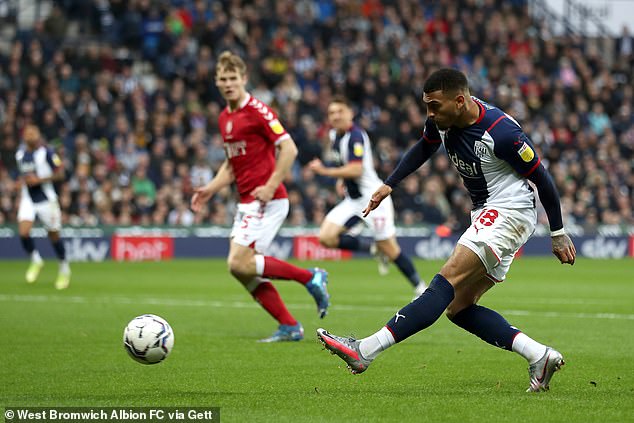