Paul Harvey (pictured), 49, sped off through West Bromwich with the victim clinging on to the open driver’s door after trying to stop him

This is the terrifying moment a woman is dragged more than 60ft along a road as a robber steals her car.

The victim, who is in her 30s, clings to the door as Paul Harvey makes off with her Ford C-Max in West Bromwich.

She is returning from a church and starts the engine using a remote key when the 49-year-old strikes.

Serial offender Harvey speeds off in the vehicle, despite the woman clinging to the door.

Dashcam footage from a car behind shows her being dragged 65ft along the road before being ripped to the ground.

Harvey dumps the Ford in Walsall and the victim somehow escapes with just cuts, bruises and scarring.

The woman was able to give police a detailed description of the thug following the terrifying October 6 robbery.

An officer recognised the prolific criminal from her statement and arrested him later that day. 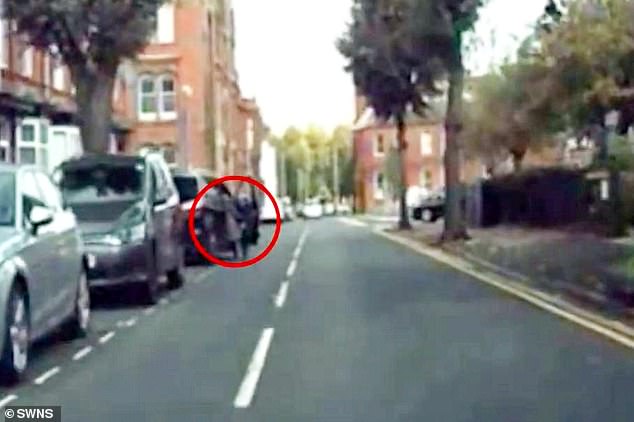 The victim picked him out from an ID parade days later and he was charged with robbery.

PC Craig Elliott, of West Midlands Police, said: ‘This was absolutely terrifying for the victim and it’s just sheer fortune she was not more seriously hurt.’ 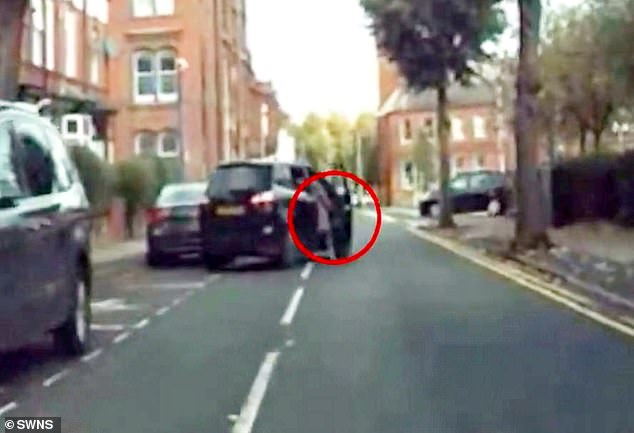 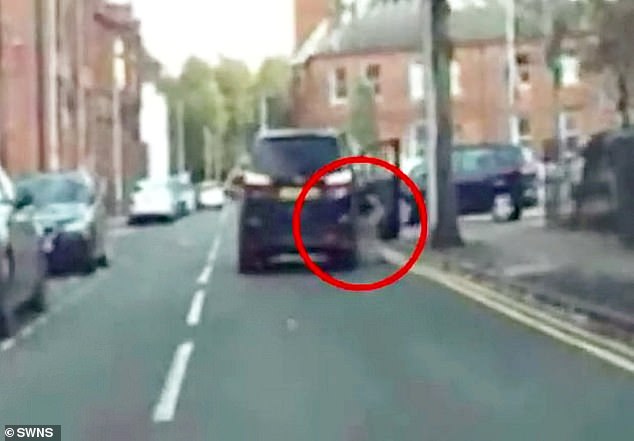 He continued: ‘Harvey saw an opportunity and did not care who he hurt along the way.

‘It was through local knowledge that an officer was able to identify Harvey as the prime suspect through just the description.

‘It shows the value of knowing our communities and Harvey has now lost his freedom for a long time.’