On Wednesday morning a convoy of about 100 trucks drove across Melbourne’s West Gate Bridge, travelling between 15km/h to 20km/h, causing peak-hour traffic chaos from 8.30am.

‘It’s having a big knock-on effect,’ Chris Miller from the Department of Transport said. 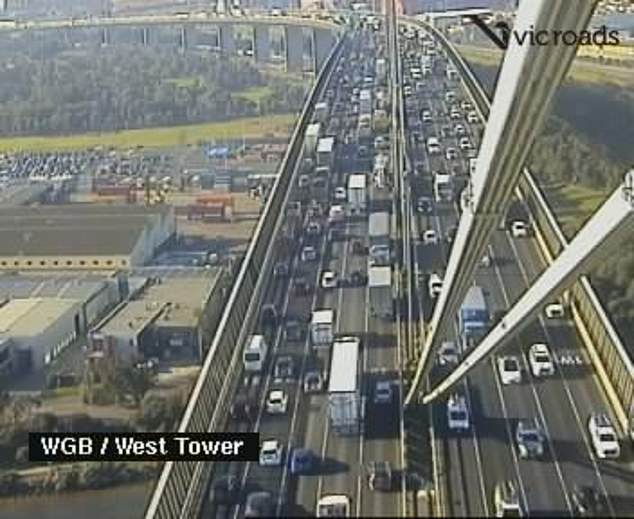 ‘We’ve got queues back up onto the ring road that go as far back as Boundary Road, and back out onto the Princes Freeway with queues back out to Laverton.’

The convoy is set to travel through to the Victorian State Parliament and then circle the city several times during the city’s busy morning rush. 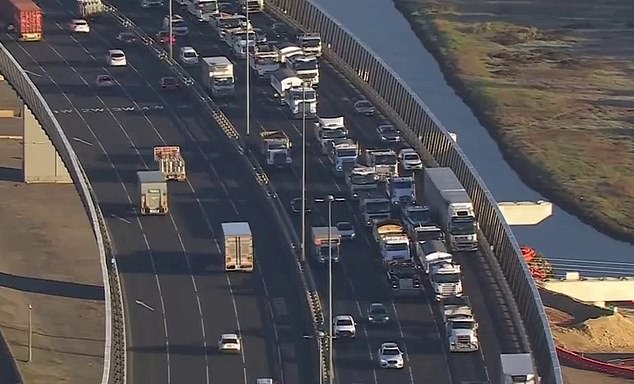 Victorian Tippers United Treasurer Ricky Woolcock, who took part in the convoy on Wednesday, said truckies are ‘lucky to make about $60 of profit a day’

‘Our fuel is up to 50 or 60 per cent of our costs, and they’ve stuck us out to dry so we’ve decided to come for a drive into the city to show them we need this done,’ he told 3AW.

‘They’ve fixed our rate so we can’t gain any extra money back for the extra expenses.

‘Most guys at the moment are lucky to make about $60 of profit a day.’

Last September a total of 15 truck drivers copped fines for attempting to block a Melbourne highway in protest of Covid vaccine mandates.

The eight trucks had planned to block the Westgate Bridge and drive through to the Melbourne Airport at 20km/h but were stopped by police.