West Ham are flying in the Premier League, Europa League AND Carabao Cup

The last time Manchester City lost in the Carabao Cup, Barack Obama was President of the United States. Europe was freshly reeling from the UK’s decision to leave. Leicester City were the reigning Premier League champions.

Then West Ham came along. David Moyes’ boys – or the ‘Backstreet Moyes’, as Michail Antonio likes to call this merry band of brothers – are now one step closer to winning their first trophy together.

They’re thriving in the Premier League, flying in the Europa League and now find themselves in the quarter-finals of the Carabao Cup. Here, Sportsmail takes a look at a few reasons behind their smart start to the season.

West Ham are currently the English game’s set-piece specialists. Since the start of last season, they’ve scored from 21 such scenarios in the Premier League.

That’s largely thanks to Aaron Cresswell, who spends a great deal of time practising his delivery on the training ground. He works on the two Ps – pace and precision – and there’s no one better at delivering that right now.

If you watch West Ham’s winners against Tottenham and Everton, both of them from corners, you’ll see similarities. Such as Declan Rice running towards the near post. That distracts the rest. On both occasions, the ball flew behind him, and was buried by a team-mate. They’ve got Angelo Ogbonna, Kurt Zouma, Craig Dawson, Tomas Soucek and more who know how to meet those balls from Cresswell.

To be clinical from set-pieces is a weapon. They’re a great source of goals. 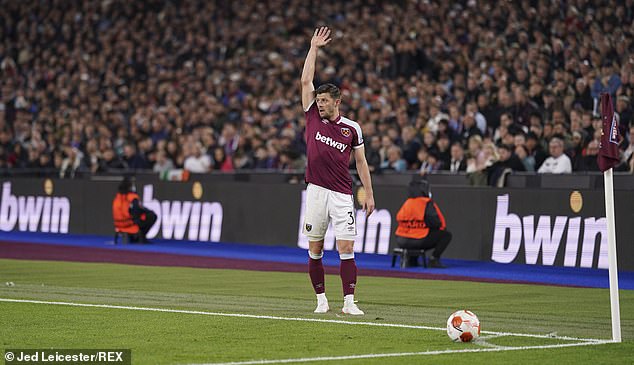 He’s a good talker is Michail Antonio. He doesn’t merely rattle off the cliches when speaking to the media and talk about giving ‘110 per cent for the team’. He actually gives insightful answers.

‘I’ve come to realise I’m no longer the young pup that I used to be,’ said Antonio, 31, after scoring the winner against Tottenham.

At the start of this season, there were concerns about West Ham having only Antonio up front, given the striker’s history of breaking down. They wanted to sign someone but were unsuccessful in doing so.

And yet, Antonio has been largely reliable this season. What’s changed? ‘I used to eat what I wanted,’ Antonio said. ‘I wasn’t the best eater. Now I’ve changed my diet and routine of life. I’ve noticed since I changed my diet I’ve had less niggles and I’ve not felt my hamstrings at all.’

Moyes is managing Antonio well, too. He was rested against Genk in the Europa League, and against Manchester City in the Carabao Cup. West Ham won both, and now their first-choice striker will be back for Aston Villa this weekend. 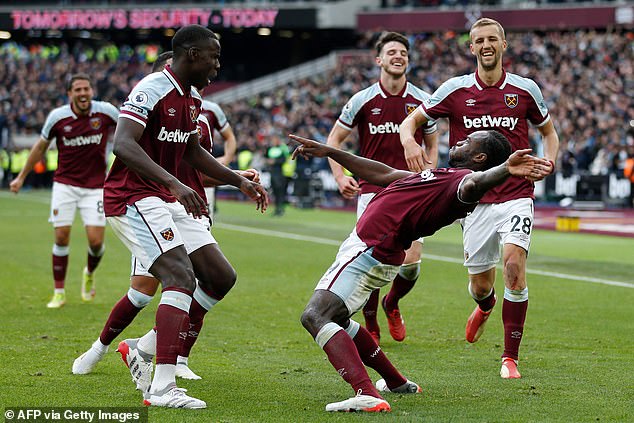 JESSE COULD COME BACK

When Jesse Lingard was on loan at West Ham last season, the camaraderie was off the charts. Now back at Manchester United, he’s still in touch with his old team-mates. He and Declan Rice grew particularly close.

Moyes is keen to add in January. Recently he said he’d love to find ‘another Jesse Lingard’. It is not out of the realm of possibilities that West Ham get the man himself. They definitely see themselves at the front of the queue should he become available.

Lingard starts each season with goal, assist and sprint targets. It’s hard to hit those from the substitutes’ bench at Old Trafford. The England international is expected to be interested in a move away come January. 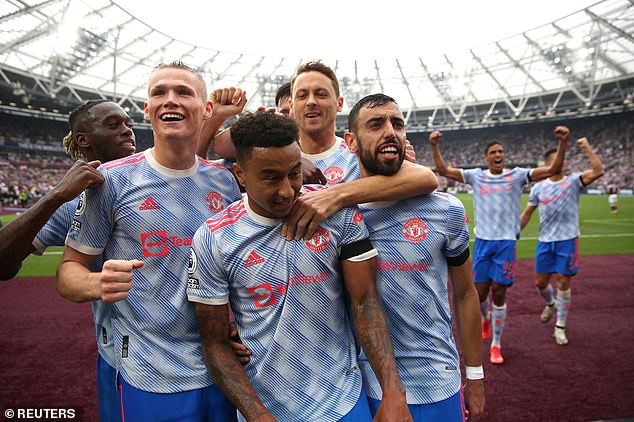 West Ham made their mark on Euro 2020 in the summer. Rice came of age, starting all seven matches as England finished runners-up to Italy.

That tournament gave these players great belief and they’ve carried their confidence into the current campaign.

Soucek has only scored once in the Premier League, having not reignited the same fiery form of last season, but that’s partly because he’s sitting deep to allow Rice to attack more. They’re the ultimate midfield partnership – if one goes forward, the other sits as cover. 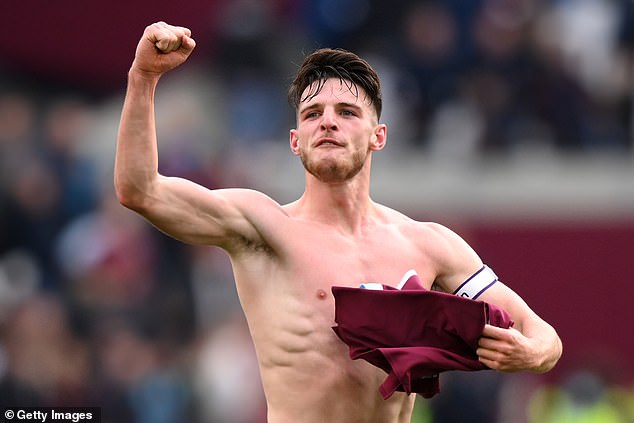 The London Stadium is feeling more like a home than ever before, and not only because of those light shows that kickstart every Europa League game.

There’s a sense that West Ham’s players are enjoying playing at this ground, and it’s only natural that the supporters take their lead from those on the pitch.

The stadium has been kitted out with all sorts of tributes to their glorious past, including a statue celebrating their 1965 European Cup Winners’ Cup.

And now it’s set to be expanded to a capacity of 62,500. That will see them leapfrog Arsenal’s 60,704 to become the third-largest ground in England. 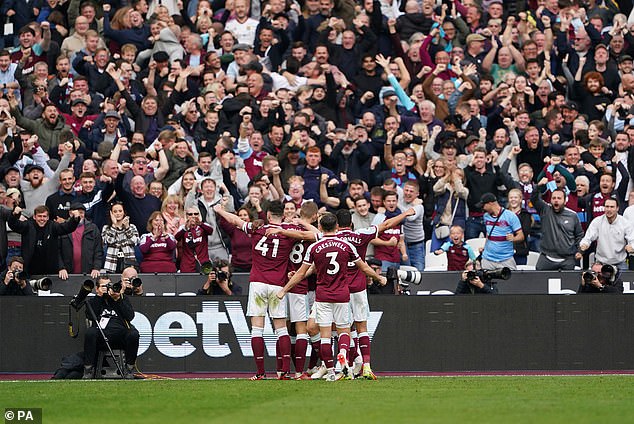 Last but not least, let’s talk about Moyes.

West Ham coach Stuart Pearce says the manager ‘drives’ the club on a daily basis. He’s behind everything they do. He sets the training schedule, makes the big calls, and he’s always having conversations with the players, who like him. Moyes has instilled a real sense of belief but he’s not getting ahead of himself.

This coach on the verge of his 1,000th game in football management says he simply wants the club to be competitive in the Premier League and still in Europe after Christmas. Once they’ve achieved that, he’ll readjust his target. A trophy, though, would underline this wonderful rise that West Ham are on. 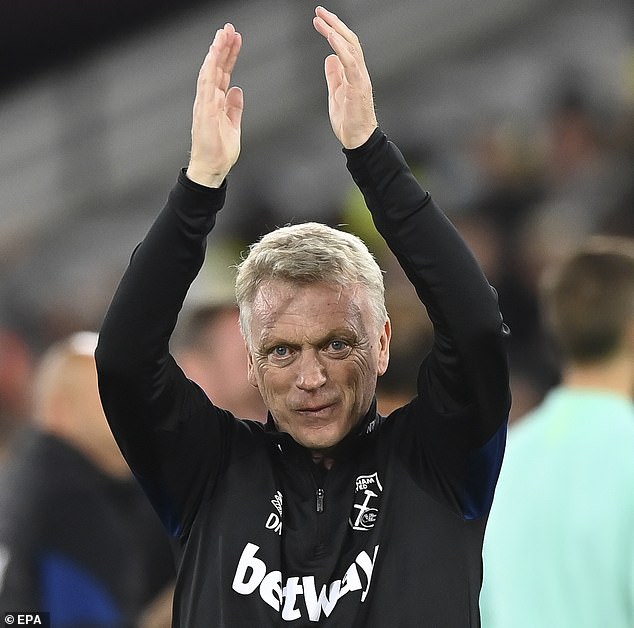