Chelsea will reportedly have to pay a huge £100million transfer fee to sign Declan Rice from West Ham this summer.

The 22-year-old has long been linked with a move back to the Blues, who released the midfielder at the age of 14, and is yet to sign a contract extension with the Hammers.

But Rice’s current deal runs until 2024 and David Moyes’ side have no intention of selling their star man on the cheap, with The Athletic reporting that they will demand £100m from any suitors.

Manchester United are also admirers of Rice but are unlikely to shell out such a big fee, given they have agreed a £73m deal in principle to sign Jadon Sancho.

According to the report, Chelsea boss Thomas Tuchel has spoken to staff members about Rice and appreciates his qualities but the club have not attempted to intiaite discussions.

Rice, who started all of England’s Euro 2020 matches, is thought to be a keen on a move back to Stamford Bridge in the future. 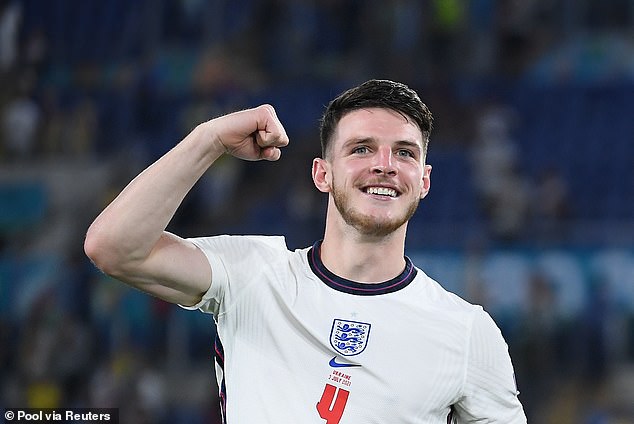 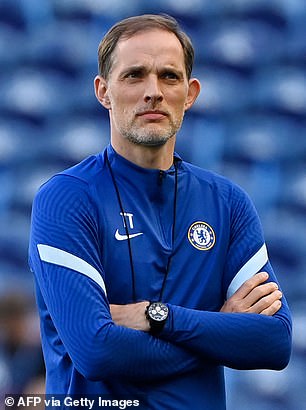 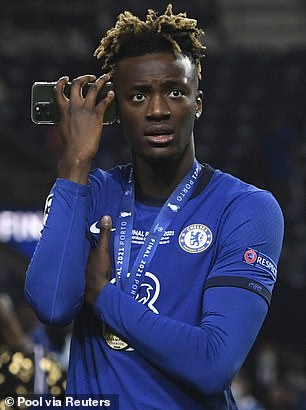 West Ham are one of several clubs interested in signing Chelsea’s Tammy Abraham and the report claims that the Blues could use the striker as a makeweight if they decide to pursue Rice.

Abraham is valued at £40m and would bring down the asking price for the midfielder.

However, Chelsea are also reportedly considering other options with Monaco’s highly-rated 21-year-old Aurelien Tchouameni thought to be of interest.

Rice played a big part in helping the Hammers qualify for the Europa League last season and David Moyes made it clear that the midfielder has a big role to play in their upcoming European campaign. 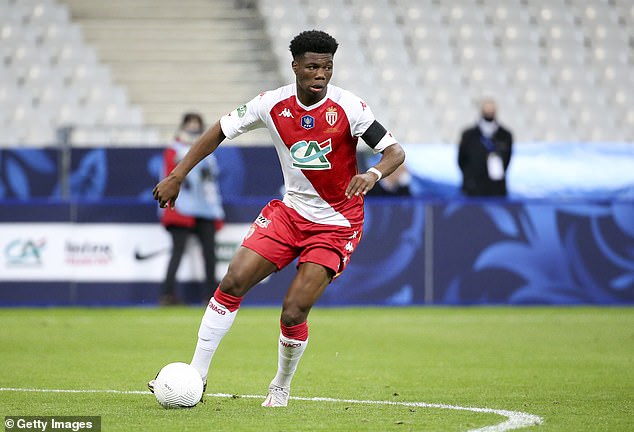 ‘We’ve just qualified for Europe, it’s a brilliant achievement,’ he said at the end of last season.

‘I don’t think (club owners) David Sullivan, David Gold or myself have got any intention of losing Declan.’