Revellers have lost their tolerance for booze during lockdown, sparking a concerning spike in alcohol-related hospital admissions as restrictions ease.

Hospital emergency departments in Western Australia have been under mounting pressure since licensed venues reopened last month after a three month shutdown.

Hotels reopened under strict guidelines on June 6 before restrictions were eased further on June 27, which gave casinos and nightclubs the green light to welcome back patrons.

The state recorded 190 alcohol-related emergency department admissions in the three week period between June 24 and July 14, according to new Department of Health figures.

Emergency department admissions are up 21 per cent compared with the same period last year.

Revellers have made the most of relaxed restrictions since being eased.

Western Australians have returned to licensed premises in their droves since restrictions were eased. Pictured are revellers at Ocean Beach Hotel at Cottesloe Beach last month

But most party goers have been well behaved, police have also reported a concerning spike in anti-social incidents.

‘That’s probably contributing to the excess alcohol consumption, and then you combine that with the reduced tolerance — it’s a bit of a recipe for disaster if people aren’t attune to that,’ Bunbury Police Station’s Senior Sergeant Andy Carson told the ABC.

Among the incidents was an alleged one punch attack outside a Bunbury nightclub. 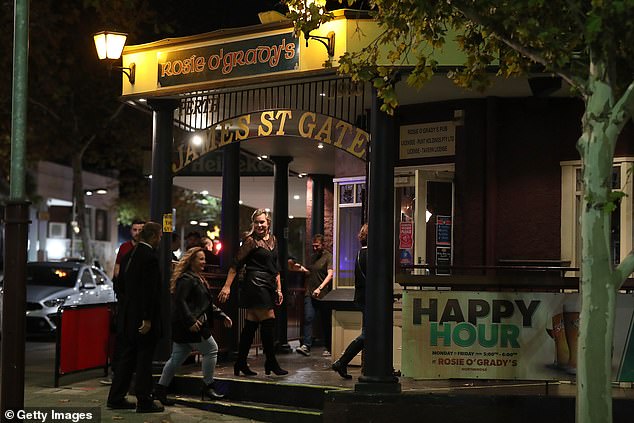 Police have ramped up their presence in Perth’s entertainment precinct in Northbridge following the death of a nightclub manager earlier this month.

Father-on-one Giuseppe Raco was allegedly knocked unconscious outside a kebab shop near the Paramount nightclub in the early hours of July 5.

He was rushed to hospital where his life support was turned off two days later, leaving behind a heartbroken partner pregnant with their second child.

Jaylen Denny Dimer, 26 remains behind bars over the alleged attack and faces up to 20 years in jail. 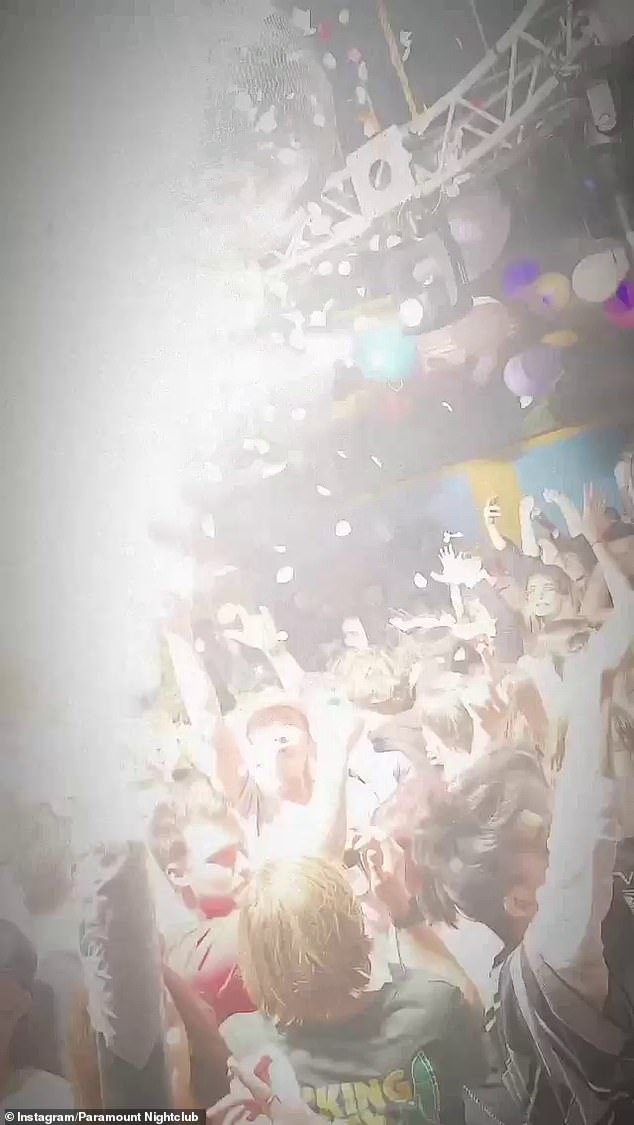 Casinos and nightclubs were  given the green light to welcome back patrons. Pictured is a packed Paramount Nightclub in Perth’s Northbridge precinct after  the three month hiatus

The alleged attack occurred not far from where a teen was found with multiple stab wounds in the early hours of Sunday morning.

He remains in hospital in a stable condition.

No arrests have yet been made.

Phase four restrictions allow Western Australians to drink alcohol without being seated and watch live performances in bars and clubs.

Revellers must keep 1.5 metres apart in clubs to avoid another coronavirus outbreak – avoiding all hugs, kisses and handshakes.

The Alcohol and Drug Foundation warned a reduced tolerance to alcohol due to a hiatus from drinking increases the risk of harm and injury.

‘There may be a drop in the way that their body responds to that alcohol, including by possibly an increase in toxication levels at a lower consumption,’ spokeswoman Melinda Lucas told the ABC. 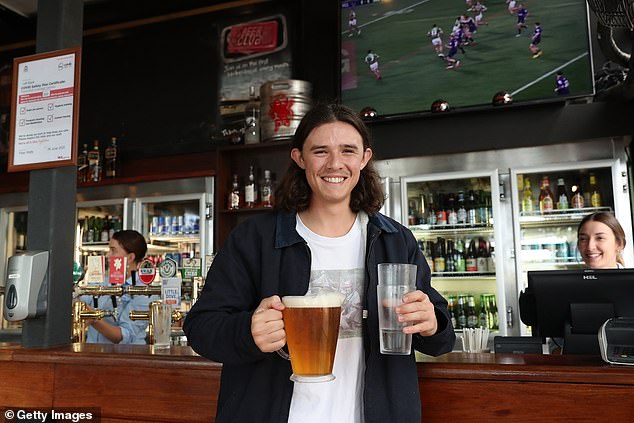