A new gallery, which was previously a hidden storage space perched high up in Westminster Abbey, has been unveiled for the first time after a £23million refit.

Once hailed by poet Sir John Betjeman as offering the ‘best view in Europe’, the architecturally impressive space has been revamped into the Queen’s Diamond Jubilee Galleries and will be open to the public for the first time on June 11.

Officials have given a sneak peek at the Galleries and its 300 treasures from the abbey’s collection, which sits more than 16 metres (52ft) above the abbey’s floor.

Visitors will reach the gallery, previously inaccessible to the public, through a new tower housing a staircase and lift just outside Poets’ Corner, tucked between the abbey’s 13th century Chapter House and 16th century Lady Chapel.

It is the first major addition to the abbey church since 1745 and is part of a £22.9 million, privately funded development project for the two million visitors and worshippers who go to the abbey annually.

A woman looks at the St. Edward’s Crown and Orb, part of an exhibition at the The Queen’s Diamond Jubilee Galleries, in Westminster Abbey, in London – a space previously hidden from public view 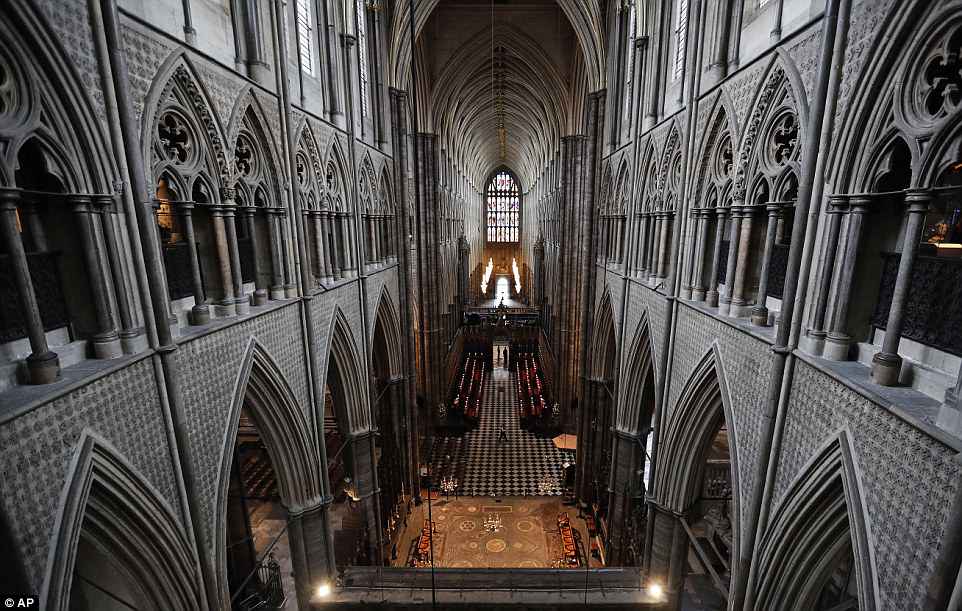 A view of the architecturally impressive medieval Triforium where the Queen’s Diamond Jubilee Galleries are set in the abbey, a space previously used for storage which was inaccessible to the public. The London-based architect firm Muma (McInnes Usher McKnight Architects) led the transformation into a museum 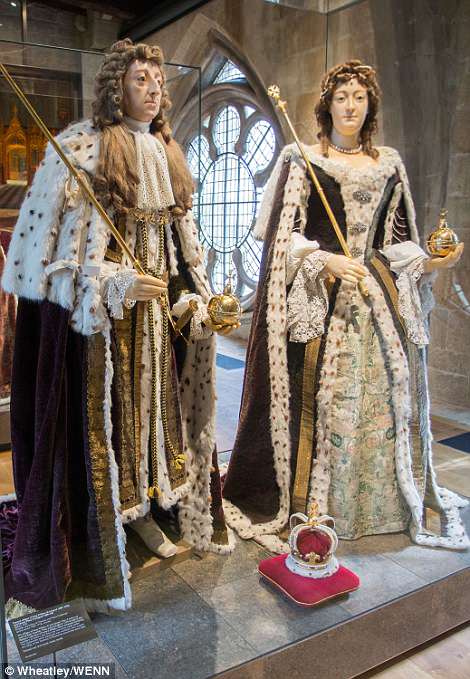 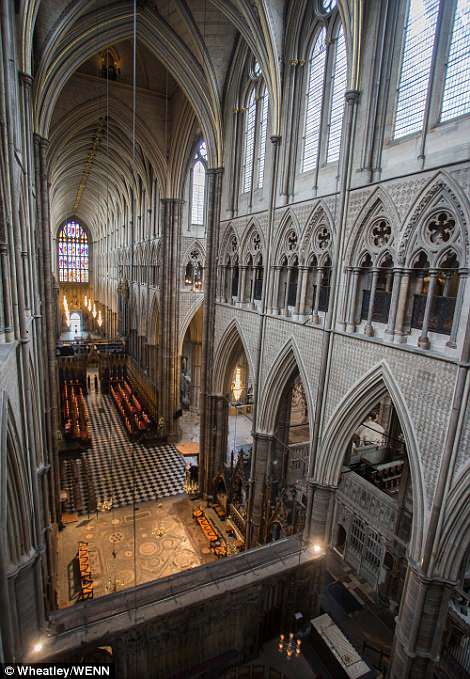 Set in the medieval Triforium, hidden from view for over 700-years, the Galleries tell the story of the Abbey’s 1,000-year history, including through royal historical clothing where models wear capes lined in ermine fur and thick, opulent silks and velvets and golden crowns encrusted with precious stones (left) 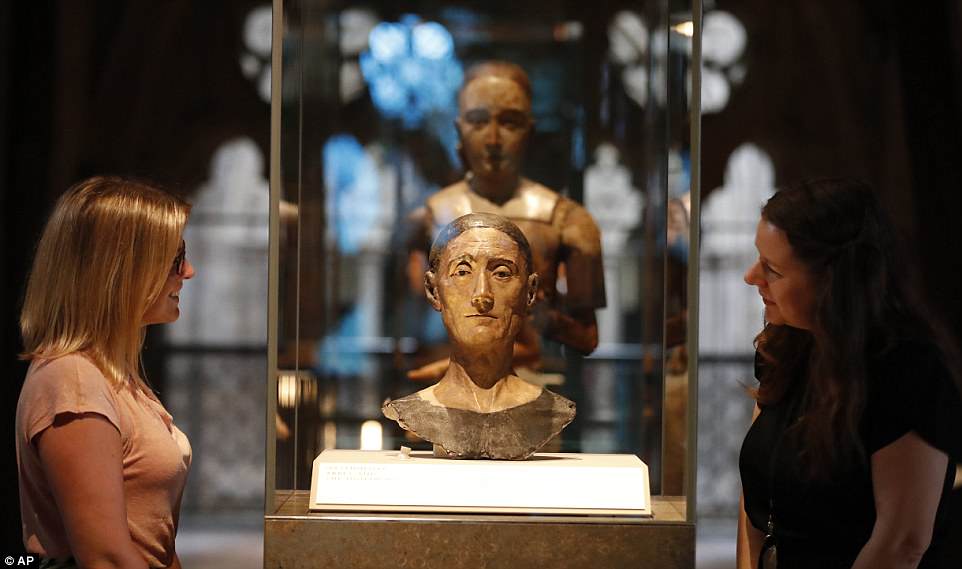 Women look at a funeral effigy head of King Henry VII, who reigned from 1457 – 1509, as part of an exhibition at the The Queen’s Diamond Jubilee Galleries, in Westminster Abbey, in London 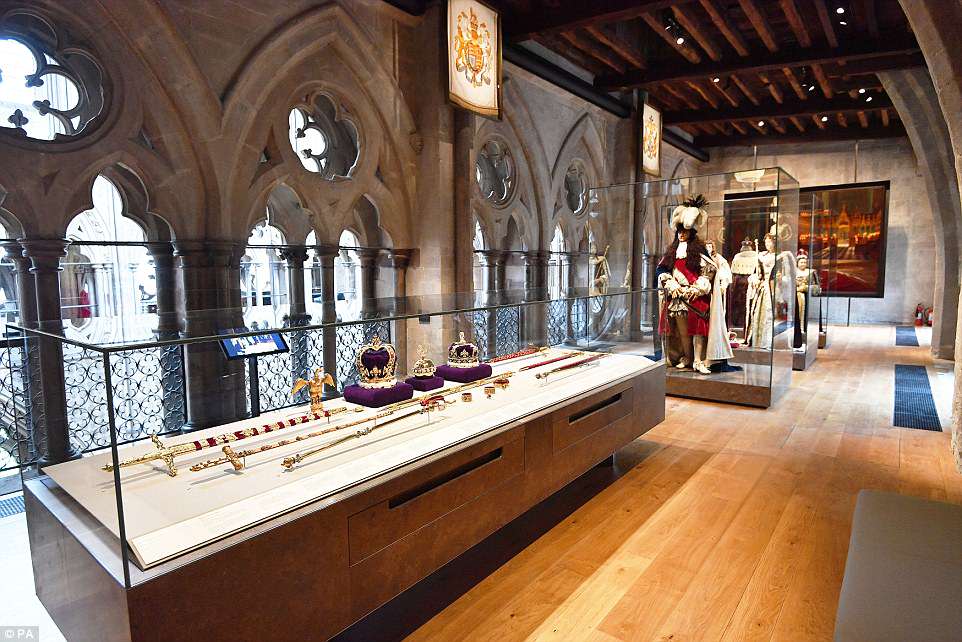 The rooms are now accessible via the new Weston Tower, the first addition to the Abbey since 1745, conceived by Ptolemy Dean, the Abbey’s 19th Surveyor of the Fabric. Crowns, historical costumes and funeral effigies are some of the treasures displayed. The museum the final phase of the Dean and Chapter’s 2020 Vision development plan for the abbey 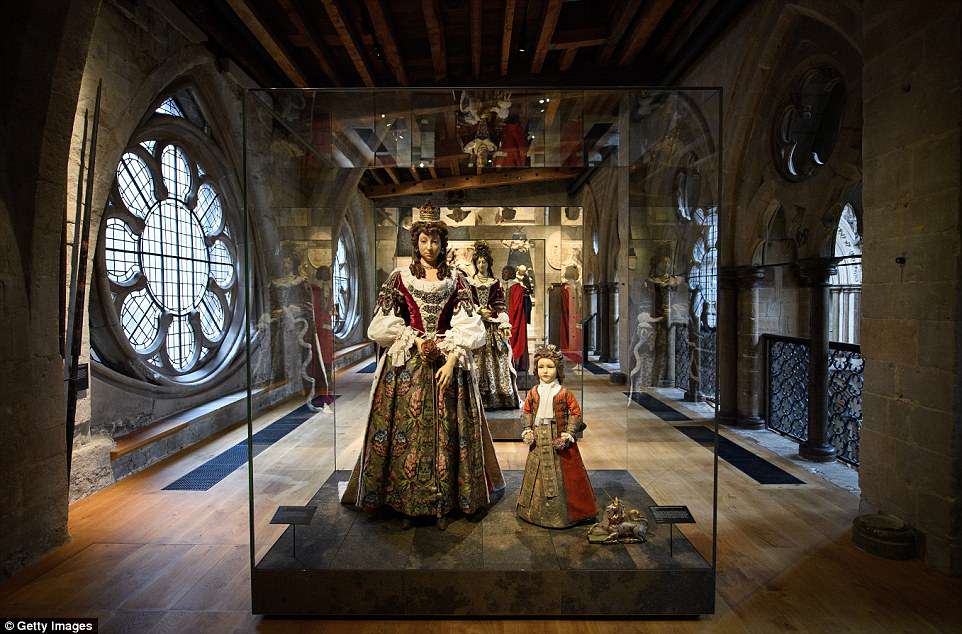 It is hoped the new set-up will help the public to deepen their understanding of the church, charting the foundations of the first Benedictine monastery in AD 960, through its life as Edward the Confessor’s church, and the extensive repair programme during Sir Christopher Wren’s role as Surveyor of the Fabric (1698-1723) The previously private area 50 feet (16m) above the main Abbey floor will contain more than 300 treasures spanning its 1,000-year history, including this manual for the coronation ceremony, Liber Regalis (or ‘Royal Book’), a 14th-century illuminated manuscript which gives ceremonial instructions and the order of service for the coronation 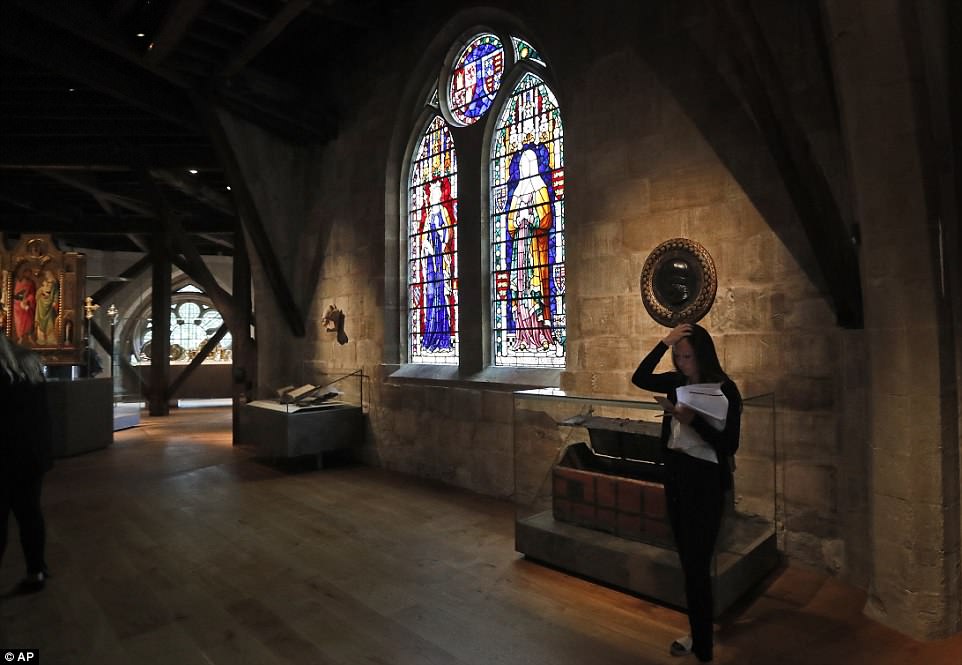 The Queen’s Diamond Jubilee Galleries, set more than 16 meters, (52 feet) above the Abbey floor in the medieval Triforium, will open to the public for the first time on June 11 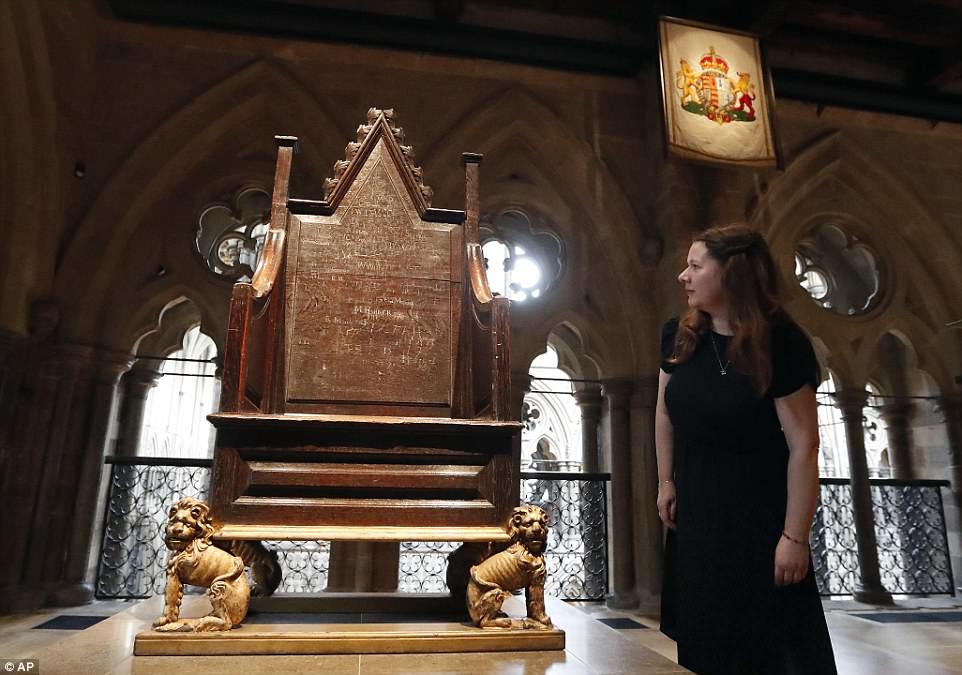 A woman looks at the coronation chair of Queen Mary II, part of an exhibition at the The Queen’s Diamond Jubilee Galleries, in Westminster Abbey 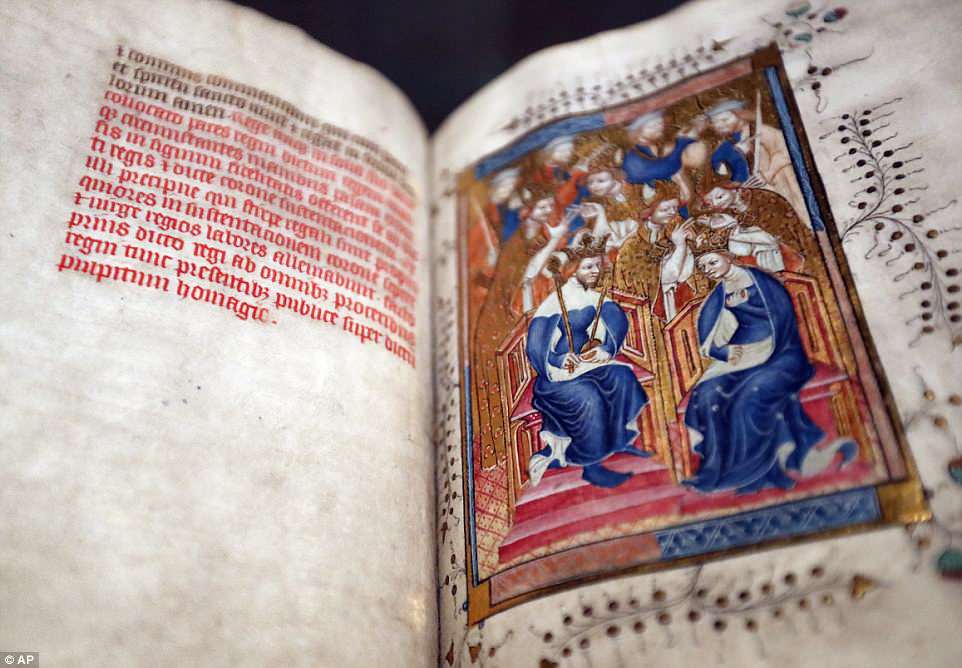 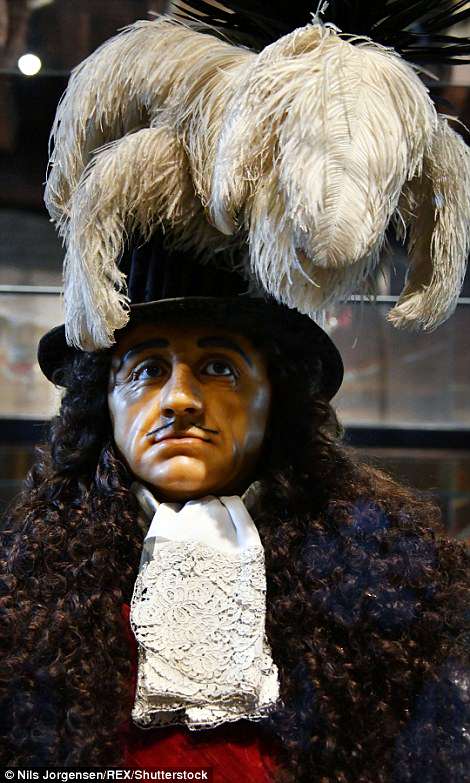 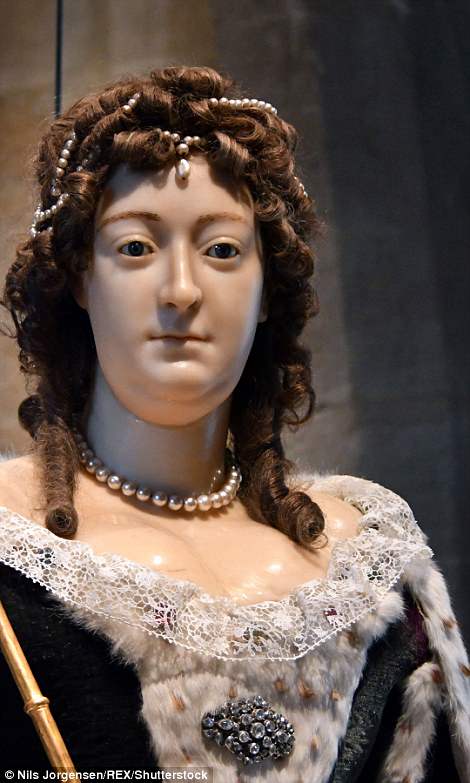 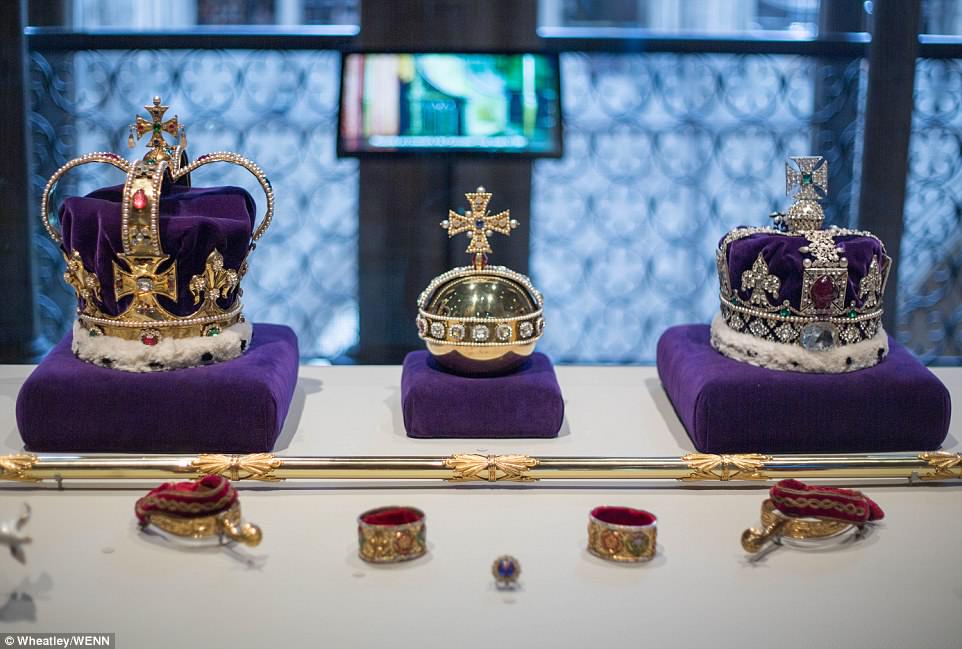 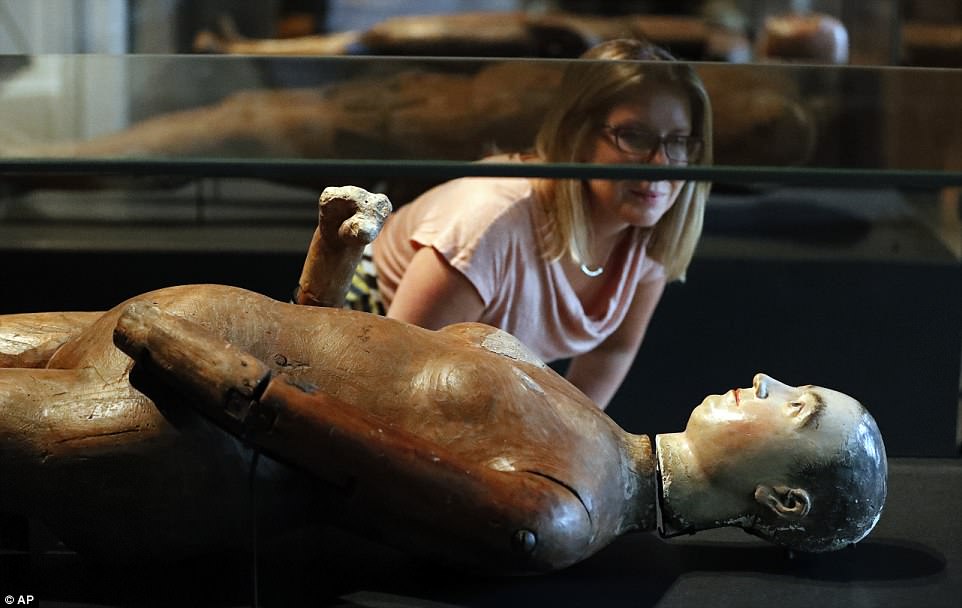 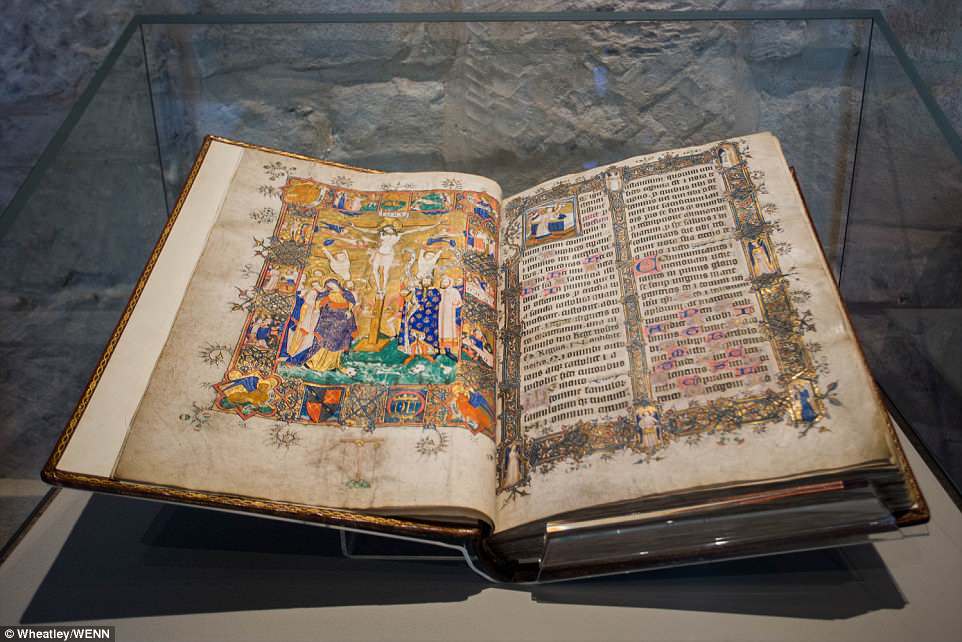 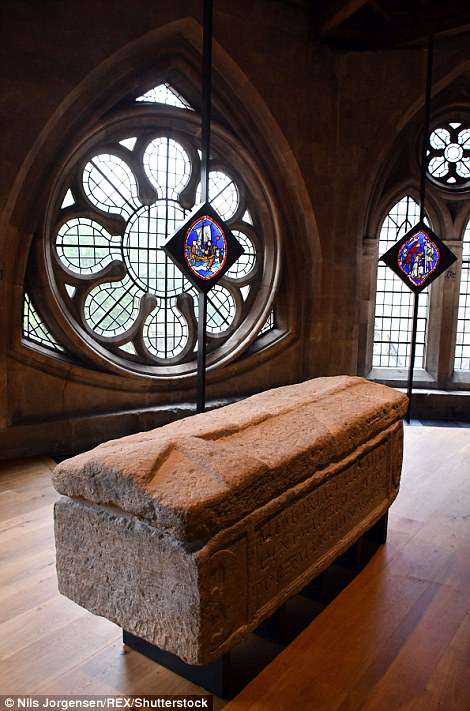 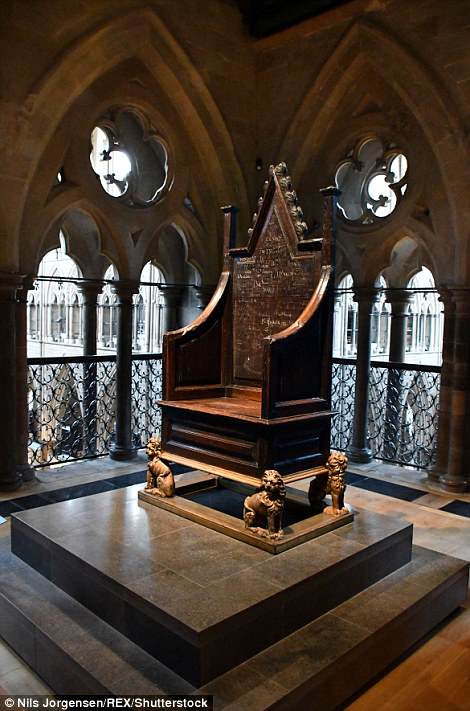 A sarcophagus (stone coffin) from AD 300-400, which was discovered on the north side of the Abbey in 1869 is now on display in the Galleries (left) along with Queen Mary II’s coronation chair made in 1689 (right) 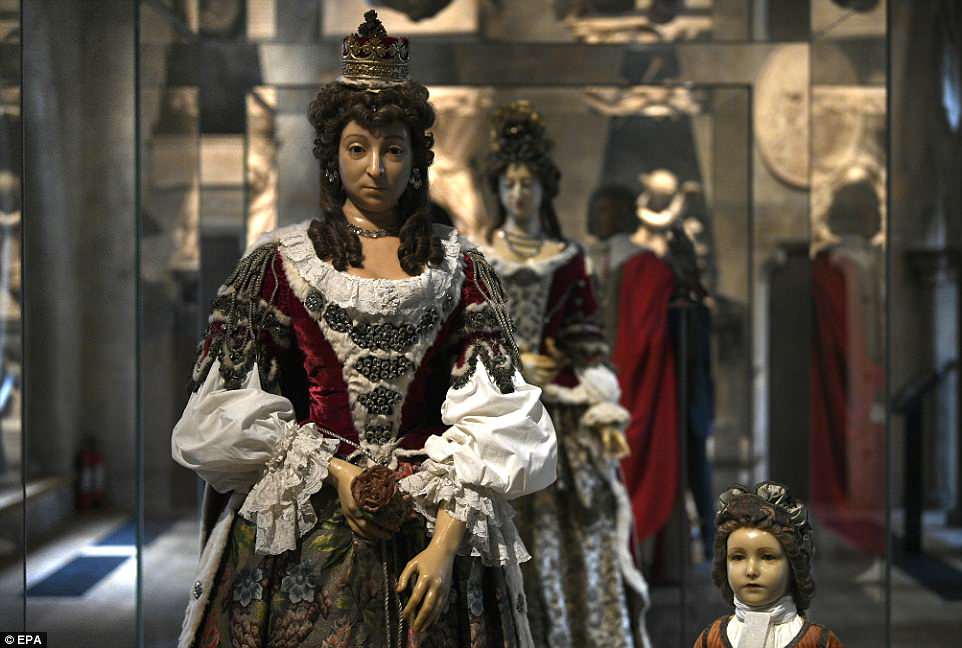 Historic costumes are displayed at the Abbey which feature heavy brocades and velvet, fine linens, lace and ermine fur. Royal dress was used by monarchs as a way of displaying power and status. Queen Elizabeth I even used dress to elevate her to an almost godly status among her public, carefully managing her image and her wardrobe to always maintain an otherworldly appearance