What a middle-income Australian earning $65,000 can REALLY borrow to buy a house

Australians on a middle income of $65,000 can no longer buy a typical house in a capital city as interest rate rises dent their borrowing capacity.

The median weekly income for part-time and full-time workers was $1,250 in August, marking a $50 rise in a year.

A median-priced house in a capital city is now beyond the reach of Australians on middle salaries but three decades ago, a house with a backyard in Melbourne was still affordable for the same kind of lower-income borrower.

Severe interest rates rises in 2022 have made it much harder for the banks to lend, which means middle-income earners have seen their borrowing limit plunge by $138,000 in just eight months.

Someone earning $65,000 a year can now only borrow $377,000 after the Reserve Bank of Australia in December raised interest rates for the eighth consecutive month, RateCity calculations show.

Australians on a middle income of $65,000 can no longer buy a typical house in a capital city as interest rate rises dent their borrowing capacity (pictured is Brisbane’s Queen Street Mall)

That could buy a house at Salisbury in Adelaide’s north where $456,069 is the median price, or Taree on the NSW mid-north coast where the mid-point is $478,547.

They could also buy a typical apartment in Brisbane, Adelaide or Perth but not a median-priced capital city house.

Even then, that is still close to mortgage stress territory, defined as when someone is borrowing six times what they earn.

With a 20 per cent mortgage deposit factored in, a middle-income borrower stretched to their limit can now buy a home for $471,200.

That is well below the median house price in Australia’s capital cities, with the most affordable market Perth having a mid-point value of $585,989, CoreLogic data for November 2022 showed.

But it would almost be enough to buy a typical unit in Brisbane, where $492,491 is the median price and Adelaide, where the middle apartment price is $436,673.

Those after a house to live in or rent out as an investor would be able to almost afford a typical home at Taree, on the NSW mid-north coast, where $478,547 is the median price.

They could also buy at Salisbury in Adelaide’s northern suburbs where the mid-point of $456,069 is well below the city’s much higher median price of $702,392.

So with a 20 per cent deposit, they could buy a house for $643,750, back when Adelaide’s median house price was $676,546, making a typical capital city home with a backyard much more obtainable. 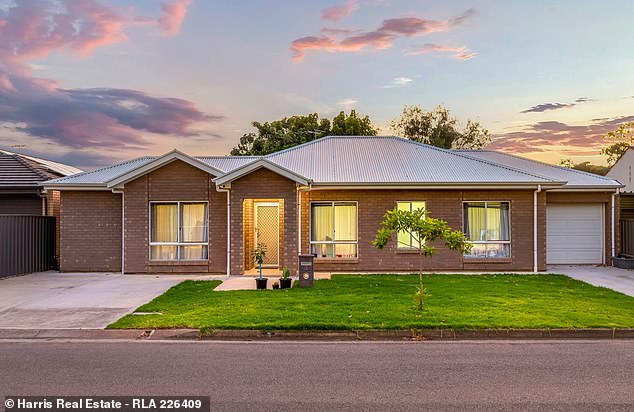 With a 20 per cent mortgage deposit factored in, a middle-income borrower stretched to their limit can now buy a home for $471,200. They could also buy at Salisbury (house pictured) in Adelaide’s northern suburbs where the mid-point of $456,069 is well below the city’s much higher median price of $702,392

The banks are required to assess a borrower’s ability to cope with a three percentage point increase in variable mortgage rates, under Australian Prudential Regulation Authority rules.

But since May, the Reserve Bank has raised interest rates eight times, with the increases collectively adding up to 300 basis points – marking the most severe monetary policy tightening since the RBA began publishing a cash rate in 1990.

It was the moment many Australians were priced out of big cities like Sydney and Melbourne, where the median unit price of $630,671 in April was still obtainable for a middle-income earner.

The hikes have taken the RBA cash rate to a 10-year high of 3.1 per cent, less than eight months after it was still at a record-low of 0.1 per cent.

Average variable mortgage rates with the big banks have subsequently risen to 5.01 per cent from 2.24 per cent, RateCity figures showed.

‘Buying a property can be incredibly tough for low-income earners and people working part-time,’ she told Daily Mail Australia.

‘Not only do they earn significantly less than the average full-time worker, if they don’t have a partner or family to help support them, then a disproportionately high amount of their salary is likely to be spent on everyday essentials, leaving them little in the tank to pay a mortgage.’ 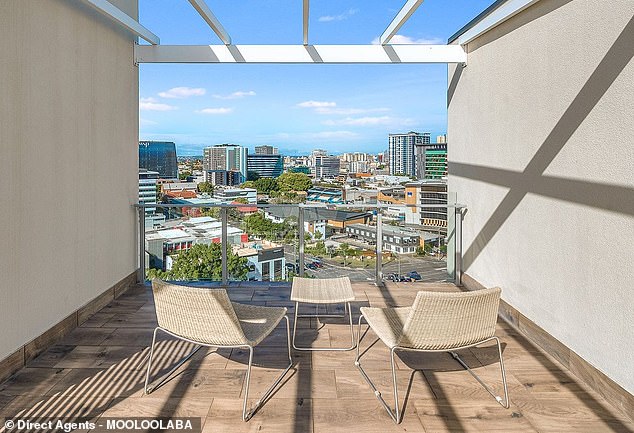 A middle-income borrower with a 20 per cent deposit would almost have enough to buy a typical unit in Brisbane, where $492,491 is the median price (pictured is a Bowen Hills apartment view)

When a Melbourne house was affordable for middle-income earners

With a 20 per cent mortgage deposit, that produced a debt-to-income ratio of 5.2.

That was below today’s mortgage stress threshold of ‘six’.

With a 20 per cent mortgage deposit, they would have a dangerous debt-to-income ratio of 11.3.

But Ms Tindall said middle-income borrowers, including those working part-time with steady hours, still had a chance to get into the property market.

‘While buying a property on a low salary can be incredibly difficult, it is still potentially possible, particularly if the person has a steady job and a good record of regular savings,’ she said.

But back in November, 1992, Melbourne’s median house was $156,628 and Australia’s median salary was $460 a week or $23,920 a year, historic CoreLogic and Australian Bureau of Statistics data showed.

So with a 20 per cent deposit, a middle-income earner three decades ago had a manageable debt-to-income ratio of 5.2.

Someone with a 20 per cent deposit had a debt-to-income ratio of 8.6.

In Sydney, it’s even worse with the median house price of $1,243,126 constituting 15 times a median salary, even with a one-fifth mortgage deposit. 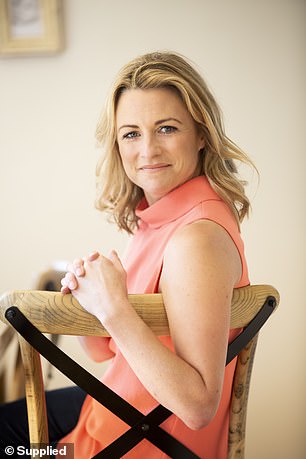 But Sydney was still affordable for an average, full-time worker earning $586.90 a week or $30,519 a year buying the same house.

With a 20 per cent deposit, this buyer had a still manageable debt-to-income ratio of 5.8, if they weren’t among the 11.1 per cent of working-age Australians seeking a job who were unemployed.

The jobless rate in November, 2022 remained at a 48-year low of 3.4 per cent but the big banks are expecting several more rate rises in 2023 with inflation expected to worsen.

Westpac and ANZ are expecting more rate rises in February, March and May – taking the cash rate to an 11-year high of 3.85 per cent and further restricting what middle-income Australians can borrow.

This causes property prices to fall, but not necessarily to the level that helps Australians on low to middle incomes.