What happens now the Supreme Court has ruled Boris Johnson’s suspension of Parliament was unlawful?

The Supreme Court dropped a Brexit bombshell on Boris Johnson today as it unanimously ruled that his decision to prorogue Parliament was unlawful.

Lady Hale, the President of the Supreme Court, stunned Westminster as she said 11 judges had agreed that the suspension of Parliament was ‘void and of no effect’.

The ruling will have major ramifications for Brexit, the government and the country as a whole.

It has plunged British politics into an even deeper crisis with major question marks over what will now happen in the run up to the Brexit deadline on October 31.

Here is a full run down of what is likely to happen next after the UK was rocked by yet another political body blow:

Lady Hale, the President of the Supreme Court, today ruled that Boris Johnson’s prorogation of parliament was unlawful and ‘void’ 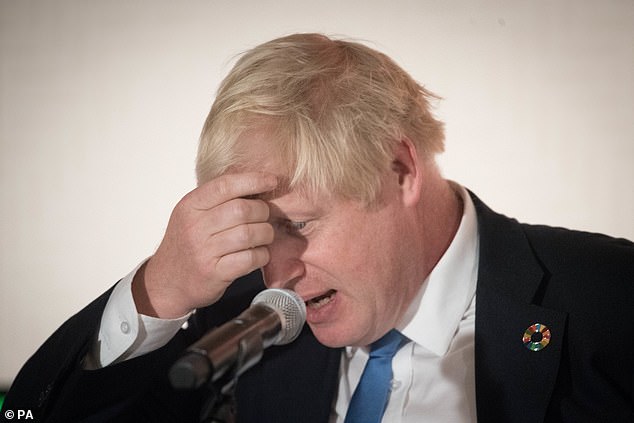 The ruling represents a major bloody nose for Mr Johnson, pictured in New York yesterday, who is now facing calls to resign

The Supreme Court judgement effectively means that the order to prorogue Parliament was never actually made.

‘Parliament has not been prorogued,’ Lady Hale said.

However, while the court was unequivocal in its ruling that prorogation was unlawful, it was less certain about exactly what should happen next.

Lady Hale said it was the court’s view that it should be up to the Commons Speaker John Bercow and the Lord Speaker Lord Fowler to decide how to proceed.

Mr Bercow delivered a statement at lunchtime in Westminster in which he said the House of Commons will resume tomorrow morning at 11.30am.

He said: ‘In the light of that explicit judgement I have instructed the house authorities to prepare not for the recall of Parliament… to prepare for the resumption of the business of the House.

‘I have instructed the House authorities to take such steps as are necessary to ensure that the House of Commons sits tomorrow, and it does so at 11.30am.’

Resuming Parliament on a Wednesday means there should be a Prime Minister’s Questions session – but Mr Bercow suggested the tight timeframe would not make that possible.

However, he insisted MPs would be given plenty of opportunities to hold the government to account.

He said: ‘It will not be possible for there to be a Prime Minister’s Questions tomorrow.

‘However, for the avoidance of doubt there will be full scope for urgent questions, ministerial statements and for applications for emergency debates under Standing Order 24.’

Speaking on College Green outside the Palace of Westminster, Mr Bercow said he had already been in contact with political leaders to discuss the resumption of Parliament and to inform them of his plan.

A spokesman for the House of Commons said parliamentary authorities were now focused on ensuring a smooth return when MPs and peers arrive back in Westminster.

The spokesman said: ‘The House service’s primary responsibility is to ensure the smooth running of parliamentary business. We are considering the implications of the Supreme Court’s judgment for Parliament and will provide further information as soon as we can.’ 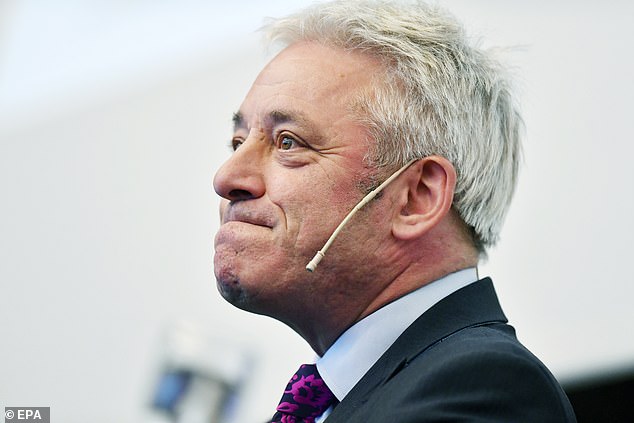 Lady Hale said it should now be up to Commons Speaker John Bercow, pictured in Zurich on September 19, to decide when Parliament will return 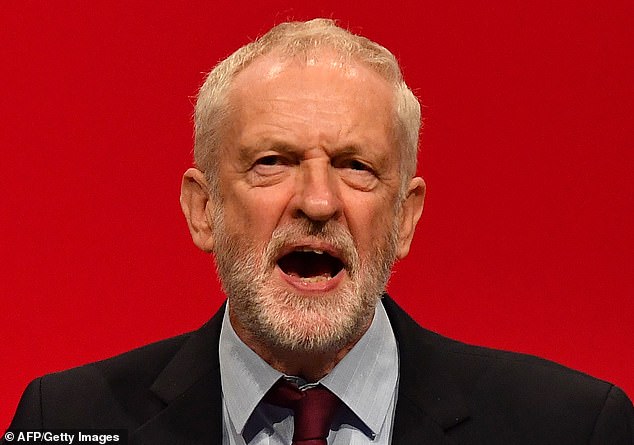 Opposition leaders responded with glee to the Supreme Court’s ruling as they rounded on Mr Johnson.

Jo Swinson, the Lib Dem leader, said: ‘The court have found what we all knew all along, Boris Johnson has again proven he is not fit to be Prime Minister.

‘This shutdown was an unlawful act designed to stop Parliament doing its job and holding the Government to account.

‘Given this verdict, Parliament should be sitting so that we can continue to question the Conservative Government on their disastrous Brexit plans.’

Mr Johnson suspended Parliament with the argument that he needed time to prepare a Queen’s Speech in which his new government would set out its domestic legislative plans.

That speech had been scheduled take place on October 14 but today’s ruling effectively destroys that timetable and sends the government back to the drawing board.

Downing Street will now be scrambling to decide how to respond.

There had been rumours swirling in recent days that if the court ruled prorogation was unlawful Mr Johnson could simply try to prorogue Parliament again, potentially for a much shorter period, to allow him to come forward with a Queen’s Speech.

But such a move would be incredibly controversial and spark major fury among MPs, especially given the court’s clear verdict. 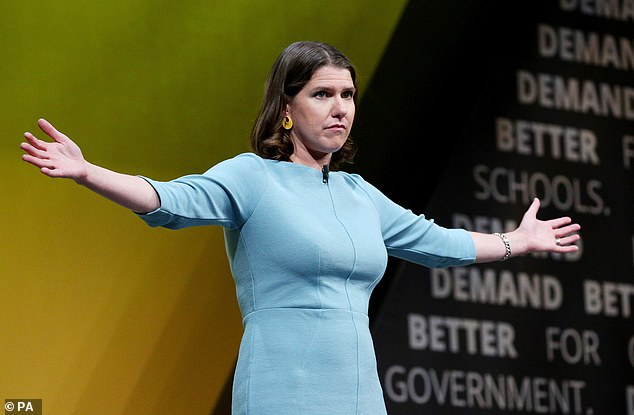 Jo Swinson, pictured at Lib Dem conference in Bournemouth on September 17, said Parliament should be brought back immediately

A gleeful Jeremy Corbyn demanded Boris Johnson resign as he tore into the Prime Minister’s decision to shut down Parliament.

The opposition leader rushed on stage at the Labour Party Conference in Brighton this morning after the bombshell decision was made in London.

There was widespread cheering and chanting as Mr Corbyn confirmed that the justices had ruled the five-week prorogation of Parliament was unlawful’ and that legally it had never been shut down.

He said the ruling showed Mr Johnson acted ‘wrongly in shutting down parliament’ and showed ‘a contempt for democracy and an abuse of power by him’.

To loud cheering from delegates and activists he said the ‘baton’ had been passed to Speaker John Bercow, adding: ‘I will be in touch immediately to demand Parliament is recalled so that we can question that prime minister, demand that he obeys the law that’s been passed by Parliament and recognises that our Parliament is elected by our people to hold our Government to account.’

Over the noise of a tumultuous conference hall he added: ‘I invite Boris Johnson, in the historic words, to ‘consider his position’ and become the shortest serving prime minister there has ever been.’

Mr Johnson had ruled out resigning in the event of the court ruling against him but he will now face intense pressure to quit.

Jeremy Corbyn, the Labour leader, pounced immediately after the judgement was made public as he called on Mr Johnson to ‘consider his position’.

Nicola Sturgeon, the SNP leader and Scottish First Minister, said a PM with ‘any honour would tender his resignation’ and that if Mr Johnson will not do the ‘decent and honourable thing’ then MPs should try to force him out.

If Mr Johnson does quit he would go down in history as the shortest serving PM ever.

Should he decide to fight on, MPs could try to take the decision out of his hands by launching a vote of no confidence.

Such a vote would have to brought forward by Mr Corbyn as the leader of the Opposition and it could be tabled as soon as Parliament returns.

If Mr Johnson lost the vote, convention would dictate that he would have to resign.

But Downing Street has suggested before that even if he did lose a confidence vote he would not walk away and would instead try to dissolve Parliament and force an election.

If he does lose a confidence vote and the government falls there would then be a 14 day period in which MPs could try to form another administration.

That could be the point at which the Remain alliance tries to put together a unity government with one task: To delay Brexit beyond October 31 in order to avoid a No Deal split.

The court’s ruling has sent shockwaves through British politics and the reverberations will be felt for many weeks ahead.

However, as it stands the UK is still due to leave the EU on Halloween – but that could change.

The ruling represents a major bloody nose for Mr Johnson and a stunning victory for Remain-backing campaigners and MPs.

It sets the scene for an incredibly volatile run up to the current divorce deadline as the battle over Brexit enters its final phase.