What is French Terry? 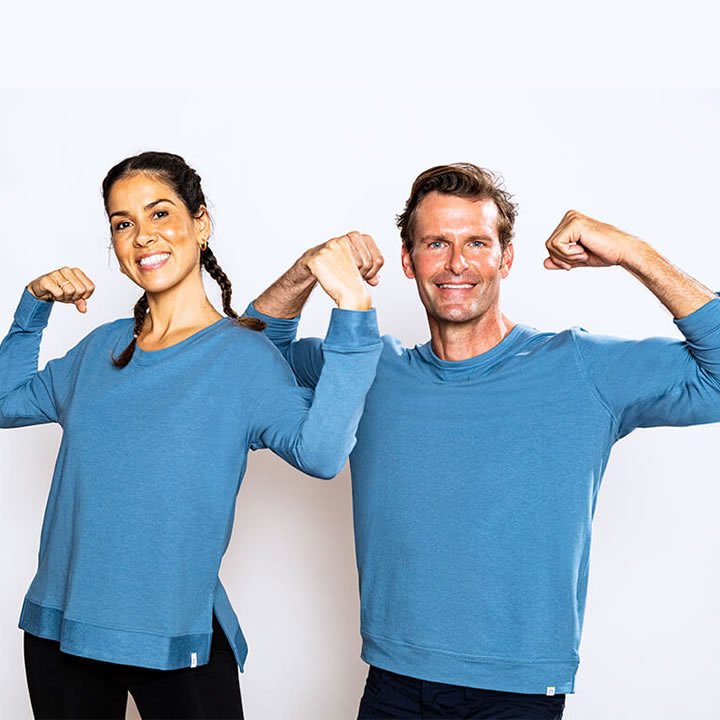 We’ve come a long way from times when the only thing (if anything) covering us was leaves and animal hides. However, whether it was a consumer in pre-historic times or one in the 21st century, the fashion and textile industry has to constantly come up with newer and better fabrics to accommodate what consumers want and need.

You might not have heard of French Terry, but you’ve used a product made up of French Terry. Think back to that comfy sweatshirt you spent the entire winter in. The one that was soft on the inside, but smooth on the outside – that’s French Terry.

The primary component of French Terry is cotton, however, the fabric is a lot heavier than cotton. If you were to hold a shirt made up of 100% cotton in one hand and one of French Terry in the other, the latter would feel heavier. However, this isn’t to say that French Terry is the heaviest fabric out there, nor that it can sustain severe winter.

The fabric is used commonly to make sweatshirts, sweat pants, shirts, and other materials such as towels, bathmats, etc. When you first read the words ‘French Terry’ you might have thought it was about Terry Cloth (what most towels are made of).

If you did think that, the good news is you weren’t entirely far off. Both Terry Cloth and French Terry are knit fabrics and therefore have some difference between them and cotton, wool, or jersey.

This is commonly seen with autumn clothing, hence the desired season for French Terry products.

If your wardrobe is filled with French Terry materials, you’re probably in luck. The material is a low-maintenance one that doesn’t require much washing or ironing. Simple laundry washes will work to remove the moisture that builds up in the fabric during the day. The fabric’s natural stretch (owing to it being a knit fabric) keeps it from wrinkling.

French Terry is a lot different than the beloved cotton T-shirts or the popular Terry Cloth towels. The fabric has built a rapport in its own right as a durable, comfortable, versatile, and moisture-wicking product. The fabric is incredibly low-maintenance and doesn’t require much ironing or washing – you’re always good to go with French terry.