What is gaslighting? Therapist reveals the toxic signs and phrases to be aware of

The term ‘gaslighting’ has resurfaced as a dating buzzword on Married at First Sight and social media in recent weeks and while many use it in conversation, few know what it really means.

By definition gaslighting is a form of ’emotional abuse’ or control whereby the perpetrator ‘inflicts psychological manipulation that makes the recipient question their feelings, instincts, and even their sanity’.

Australian gestalt therapist and counsellor Lesley McPherson told Daily Mail Australia gaslighting is ‘a serious form of emotional abuse that can be used by both men and women with strong narcissistic traits’.

The recognition of the word itself originates from the 1944 psychological thriller Gaslight where a husband manipulates his wife into believing she is spiraling into insanity.

By definition gaslighting is a form of ’emotional abuse’ or control whereby the perpetrator ‘inflicts psychological manipulation that makes the recipient question their feelings, instincts, and even their sanity’, therapist Lesley McPherson revealed

Why and how does gaslighting occur?

Ms McPherson said gaslighting is associated with ‘power and manipulation’, as the perpetrator makes the victim ‘question their own reality’.

She said those with a self-centred attitude often engage in this type of emotional manipulative behaviour in order to ‘safeguard their egos’ and keep their own perspective of reality in line with ‘little regard to how much it hurts another person’.

In other cases, gaslighting can occur among friendships and family relationships where an individual says certain statements to make someone else feel anxious or confused. 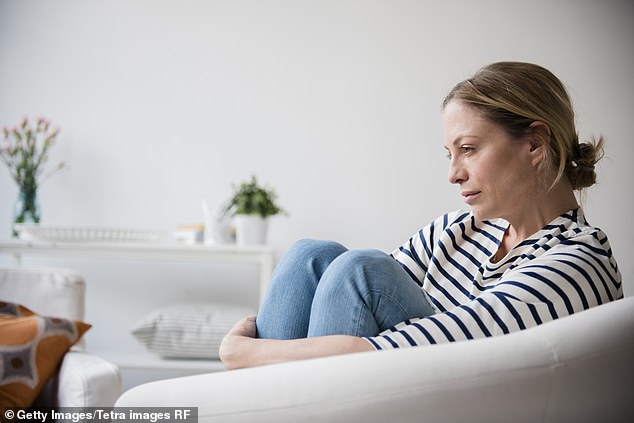 Those with a self-centred attitude often engage in this type of emotional manipulative behaviour in order to ‘safeguard their egos’ and keep their own perspective of reality in line with ‘little regard to how much it hurts another person’.

What are common toxic signs everyone should be aware of? 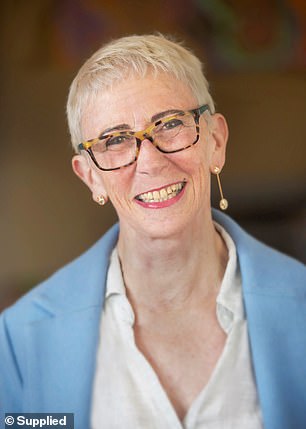 Ms McPherson said there is one common toxic sign to be aware of to determine whether your partner makes you question your psychological and emotional worth.

‘One of the first signs is if someone tells you something along the lines of, “you’re too sensitive”, or “you have no right to feel that way”, or “you must be crazy”,’ she explained.

‘When this happens, these people immediately tell you that your emotional world is invalid, and they are judging you for the way you feel, which is something they have no right to do – leading to self-doubt.’

Deflecting is also recognised as a form of gaslighting where, for instance, the individual deflects to a situation that makes you feel bad or refers to something that occurred years prior.

‘An example of this might be an instance where you take the time to say, ‘We need to talk about this issue’, then they deflect to ‘Well you did this’ rather than addressing the issue at hand,’ she said.

If this occurs, Ms McPherson said you can either not respond and remove yourself from the conversation or refer back to the original issue initially being discussed and note how they respond.

What are the common toxic signs of gaslighting to be aware of ?

Gaslighters use a range of ‘techniques’ to execute their control, including:

Pretending not to understand when they do – they may pretend to completely misunderstand what you are saying or doing, despite the fact that you are being very transparent and clear in your actions or motives.

Labelling your thoughts as crazy or imagined – a person gaslighting you may tell you things like, ‘that never happened’. For instance, they may say one thing to you on a particular day and the following day, vehemently deny ever saying it.

Questioning the other person’s memory of events when they remember correctly – in a similar vein as above, they may continually question your version of events until you doubt them yourself.

Pretending to forget what actually occurred when you actually remember – this also falls in line with the other two points. You may recall clearly an event, while they may flat out deny the event ever occurred.

Denying promises that you know they have made – gaslighters love to make promises to people only to deny they ever made them in the first place. It’s a classic mind game that leaves the recipient bewildered and confused.

Trivialising the other person’s feelings as being too sensitive when their reaction is somewhat normal.

Ms McPherson said the third and ‘most dangerous’ form of gaslighting is denial where they state certain instances ‘never happened’.

‘For most of us, we would actually question this, especially if we were busy, overwhelmed or maturing in age. However, a ‘gaslighter’ will never listen as they are always deflecting,’ she said.

‘They may even go so far as to send texts or messages telling you their version of who they think you are.’

What should someone do if they’re a victim of gaslighting in a relationship?

Since a gaslighter will ‘never listen’ due to denial and deflection, Ms McPherson advised there is ‘little point trying to rationalise’ with them.

‘Your best bet with dealing with a gaslighter is to step away from the situation as much or as quickly as possible. Get the mental health services you need and the support you may need to exit,’ she said.

Where to seek help

SHE (free and confidential counselling and support) on 6278 9090