What is LeBron James’s net worth?

LeBron James’s 2018 is off to a great start, with the Cleveland Cavaliers star leading his Team LeBron to 148-145 victory over Steph Curry’s Team Steph in the NBA All-Star Game.

Not only that, LeBron picked up his third All-Star Game MVP award after scoring 29 points, 10 rebounds, eight assists, enforcing yet again the argument that LeBron James is still ‘the face of the NBA’.

When LeBron was a student and star basketball player at the private St Vincent-St Mary High School, his coach Dru Joyce said: ‘Basketball is a vehicle, not a be-all and end-all. Use basketball: don’t let it use you.’

Throughout his career, LeBron has taken this message to heart, exhibiting savvy skills off the court as well as on, working with global brands such as Coca-Cola, Nike, to McDonald’s to increase his net worth.

With these endorsements, and a new line of LeBron shoes, Nike LeBron 15 Low rumoured for a Spring 2018 release, just what is LeBron James’s net worth?

What is LeBron James’s net worth?

LeBron James’s net worth is estimated to be $400 million (£286m), according to Celebrity Net Worth.

Who is LeBron James?

LeBron James was born on December 30, 1984 in Ohio. He was raised by his 16-year-old mother, Gloria Marie James.

However, after LeBron started missing school, he moved in with the family of his Pee Wee football coach, Frankie Walker, who had a significant impact on LeBron’s relationship with basketball.

LeBron was the first overall pick of the 2003 NBA Draft, having been selected by his home team, the Cleveland Cavaliers.

In his first game, the ‘6”8 player scored 25 points, breaking the record for most points scored by prep-to-pro in a debut game. In his debut season, LeBron was voted NBA Rookie of the Year.

LeBron was selected to his first NBA All-Star Game in 2004/2005 in which he scored 13 points and contributed eight rebounds.

In the 2006 All-Star Game, LeBron led the East team to a 122-120 victory and scored 29 points. He was voted MVP, becoming the youngest person to win the title.

In the 2006-2007 Game 5 of the Conference Finals, LeBron put in what was described as ‘one of the greatest moments in postseason history’, when he scored 48 points for Cleveland Cavaliers against the Detroit Pistons; LeBron scored 29 points of the team’s last 30.

In the 2007-2008 season, LeBron won his second All-Star Game MVP award, and in March of that season, he became the Cavaliers’ all-time leading scorer, surpassing Brad Daugherty’s record a 100 games quicker.

LeBron became the first Cleveland Cavaliers player to win the NBA MVP award in the 2008-2009 season.

In 2010, LeBron’s basketball and business worlds merged together in the form of the TV special, The Decision.

In the live one-hour ESPN special, LeBron revealed he would be playing for the Miami Heat in the 2010-2011 season, having left the Cleveland Cavaliers and become a free agent at 12:01 am EDT on July 1, 2010.

Despite losing in the NBA Finals in his first season with Miami, LeBron rallied to win back-to-back championships between 2011-2013 seasons after performing ‘one of the greatest and most important transformations in recent sports history,’ according to Grantland’s Kirk Goldsberry.

In Game 4 of the 2011-2012 season, LeBron scored 40 points and followed up in Game 6 of the Conference Finals with 45 points, in what the New York Times described as a ‘career-defining performance’.

In 2014, LeBron decided to opt-out of his Miami Heat contract to return to the Cleveland Cavaliers.

Despite leaving the Cavaliers in the most acrimonious of circumstances, LeBron’s second stint in Cleveland saw him end the state’s 52-year championship drought when he posted a triple-double in Game 7 of the 2016 NBA Finals against the Golden State Warriors.

LeBron James is married to his high school sweetheart, Savannah Brinson, to whom he proposed on New Year’s Eve, 2011. The couple has three children: LeBron James Jr, Bryce Maximus James and Zhuri James.

LeBron is also a supporter of many charities and foundations including After-School All-Stars, Boys & Girls Clubs of America and LeBron James Family Foundation.

How did LeBron James make his money?

It looks as if most of LeBron’s money comes not from his NBA salary, but from endorsements. According to Forbes, LeBron will make $52 million from endorsements in 2018, with major partners including Nike, Coca-Cola, Kia and Apple.

According to his manager, Maverick Carter, LeBron stands to make over a $1 billion dollars with Nike, the brand with which LeBron has worked continually since 2003 and now has a ‘lifetime deal’.

As well as endorsements, LeBron has diversified his business portfolio to include investments in franchises.

LeBron was an early investor and franchisee of Blaze Pizza, which went from two to two hundred locations in four years, making it the fastest-growing restaurant chain ever.

LeBron reportedly earned $1 million as a spokesman for Beats headphones and bagged $30 million from his stake in the company when Apple acquired it for $3 billion.

LeBron has also branched out into the movie industry, appearing in Amy Schumer’s 2015 comedy, Trainwreck and owning the production company, SpringHill Entertainment – which released the 2009 documentary, More Than a Game, which explored LeBron’s high school basketball career. 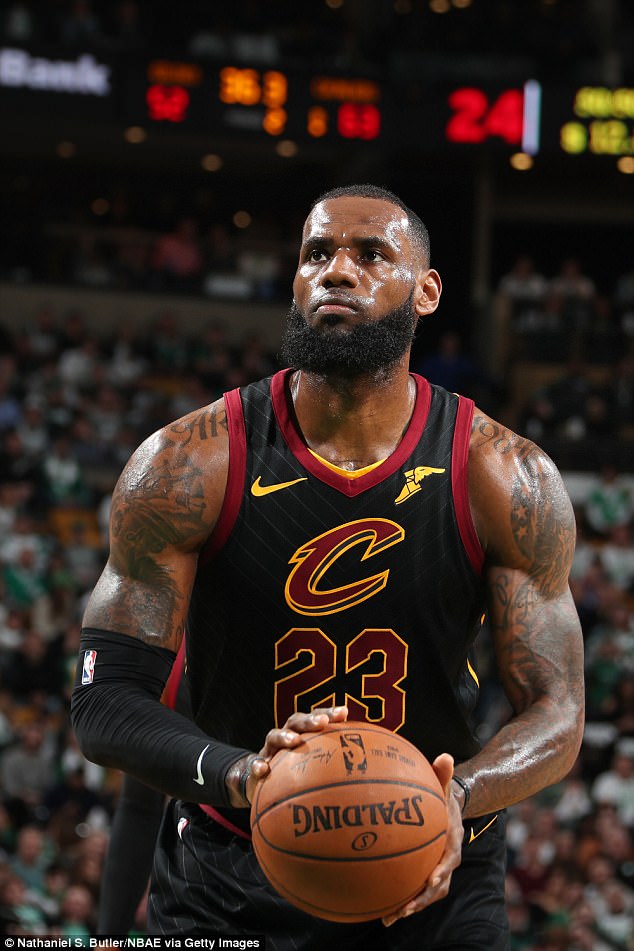