Liverpool and Tottenham’s Champions League hopes hang in the balance… so, what do they need to do against Napoli and Barcelona to reach last 16?

Liverpool and Tottenham both face decisive Champions League fixtures on Tuesday night as they bid to make it through to the knockout stages.

Jurgen Klopp’s in-form side host Napoli in Group C, while Mauricio Pochettino’s men take on Spanish giants Barcelona at the Nou Camp in Group B.

Here, Sportsmail explains how both Premier League sides can reach the last 16. 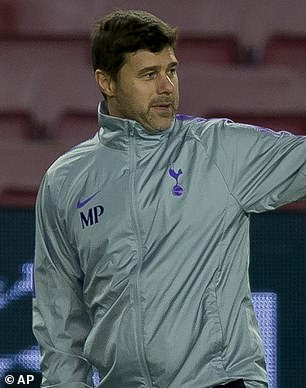 If Liverpool win by any scoreline and PSG draw, those teams and Napoli will all have nine points.

In that scenario, Liverpool’s superior head-to-head record against Napoli and PSG would see them finish top.

HOW TOTTENHAM CAN QUALIFY

Tottenham will qualify if they beat Barcelona at the Nou Camp on Tuesday night.

Spurs can still go through with a draw or a defeat but would have to rely on Inter Milan failing to better their result against PSV.